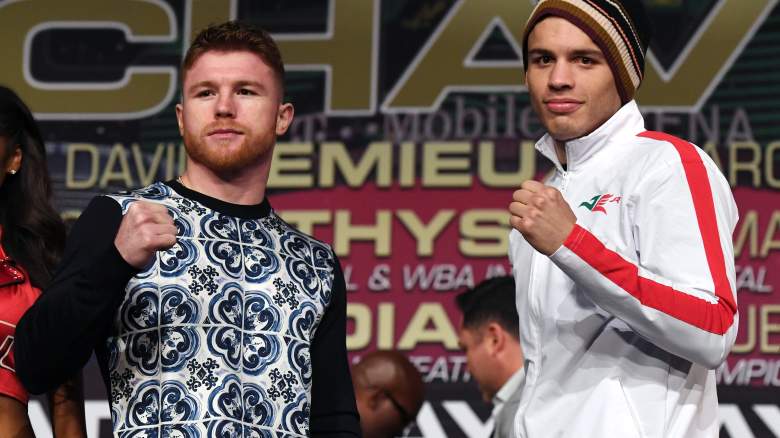 Saul “Canelo” Alvarez vs. Julio Cesar Chavez Jr. may not be expected to be a necessarily close fight, but that doesn’t mean it isn’t an anticipated one.

Though Canelo is a heavy favorite, and though there isn’t a title on the line, the subplots are plentiful. Canelo is Mexico’s–and perhaps all of boxing’s–greatest current champion. Chavez Jr. is the son of a former Mexican legend. Both men are fighting not only for a notch in the win column, but for the pride of an entire nation.

Throw in a handful of other compelling fights throughout the card–David Lemieux vs. Marcos Reyes, Lucas Matthysse vs. Emmanuel Taylor and Joseph Diaz vs. Manuel Avila–and we have the makings for an explosive night of boxing at the T-Mobile Arena in Las Vegas on Saturday night.

If you want to order the pay-per-view (starts at 9 p.m. ET), here’s everything you need to know to do so:

How to Order Canelo vs. Chavez Jr. for TV

To order the PPV, you’ll need to do so via your cable provider either by calling them or going through the following links:

How to Order Canelo vs. Chavez Jr. Online

If you can’t get to a TV, or you don’t have cable or satellite subscription, you can order the fight and watch a live stream online at GoldenBoyPPV.com. The full PPV card costs $69.99, and you’ll have to create an account, which is free to do.

For those looking to watch on their mobile or tablet device, there is no dedicated Golden Boy app, but you can watch via your device’s browser at GoldenBoyPPV.com.

Read More
Boxing
Everything you need to know to order the Canelo Alvarez vs. Julio Chavez Jr. PPV card, whether you want to watch on your TV or online.