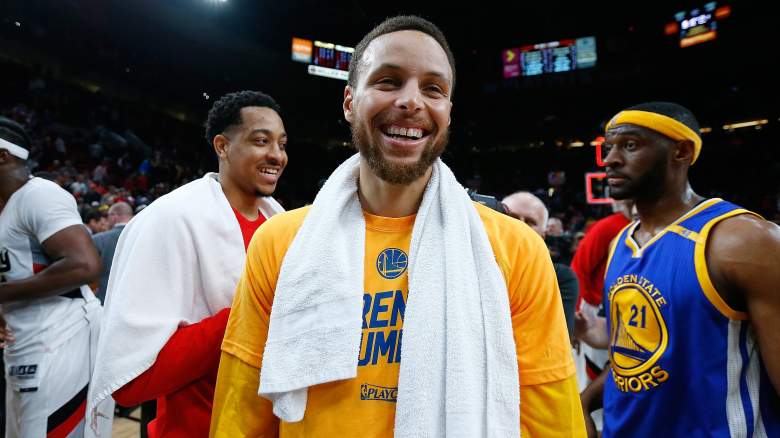 Seeking their third consecutive trip to the Western Conference Finals, the Golden State Warriors are set to take on the Utah Jazz, a team that hasn’t been there in a decade.

The Dubs are unsurprisingly big favorites in Game 1 on Tuesday night, but the Jazz showed some impressive resiliency in their series win over the Los Angeles Clippers, and they boast the toughness and defense to at least make things interesting.

Here’s everything you need to know about the betting information for the series opener at Oracle Arena:

First, a quick season recap. These teams met three times during the regular season. The first two, which happened before Christmas, saw the Warriors win by scores of 106-99 and 104-74. The Jazz went into Oracle and won the third, 105-99, just days before the conclusion of the season, though it’s worth noting Klay Thompson sat out, and it was Kevin Durant’s just second game back after his knee injury.

In those three regular season games, the Warriors had an offensive rating of 106.9 (seventh lowest against a single opponent), scored 103.0 points per game (third lowest) and made “only” 10.0 threes per game (fourth lowest). If the Jazz can continue to hold them to those kind of numbers, they’ll have a chance to pull off at least a couple of upsets.

But for now, we’re talking about Game 1 only. While the Jazz are both physically (Rudy Gobert battling an ankle injury, Derrick Favors battling a back injury) and emotionally drained after a tough seven-game series against the Clippers, the Dubs haven’t played a game in eight days. Though that could lead to a bit of rust, the extra rest should still work in Golden State’s favor.

Utah has shown it can control the pace, which will be key throughout the series, but there are just too many other obstacles to spring the Game 1 upset. 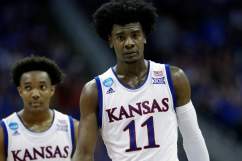 Read More
Golden State Warriors, NBA, Utah Jazz
At home and with a week of rest, the Warriors are big favorites against the Jazz in Tuesday night's Game 1 matchup.