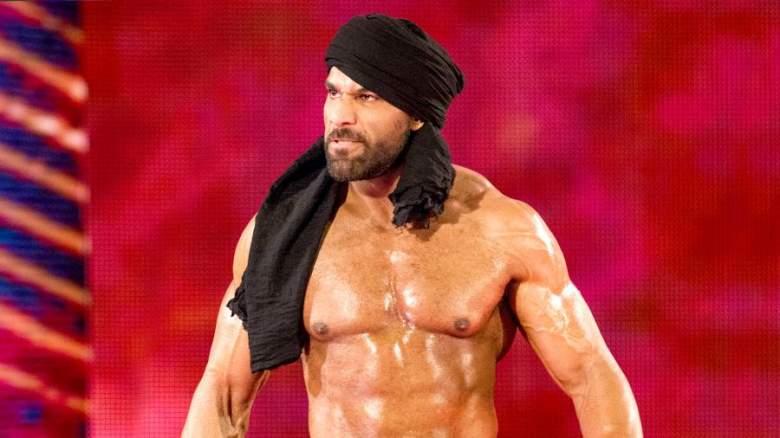 Over the past few months, Jinder Mahal, the new WWE World Champion, has faced allegations of steroid use.

In the WWE online fan community, these allegations have quickly become a meme, and it is often considered to be an accepted, proven fact that Mahal uses some sort of illegal substance. But what is this actually based on? Are there any real pieces of evidence to support this?

Here’s what you need to know about Jinder Mahal and the various accusations of steroid use.

1. Towards the End of 2016, He Underwent a Dramatic Physical Transformation 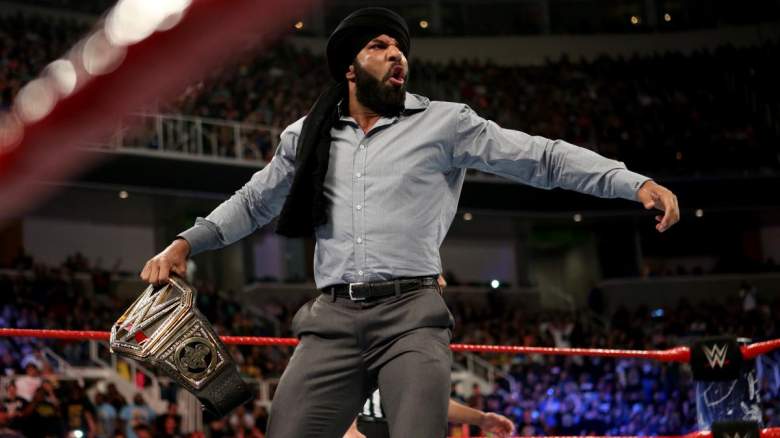 Most of the allegations of steroid abuse stem from the fact that Jinder Mahal towards the end of 2016 underwent a very dramatic and very sudden physical transformation.

Mahal returned to the company in July 2016, being placed in random matches that he almost always lost. At this time, Mahal was not nearly as athletic as he is today; the following photo is from an August 2016 episode of Raw: 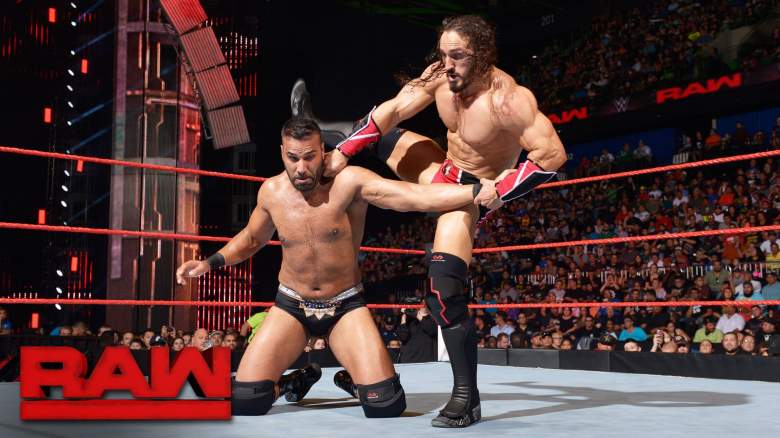 By the end of December 2016, when Mahal began an alliance with Rusev, he was noticeably more muscular: 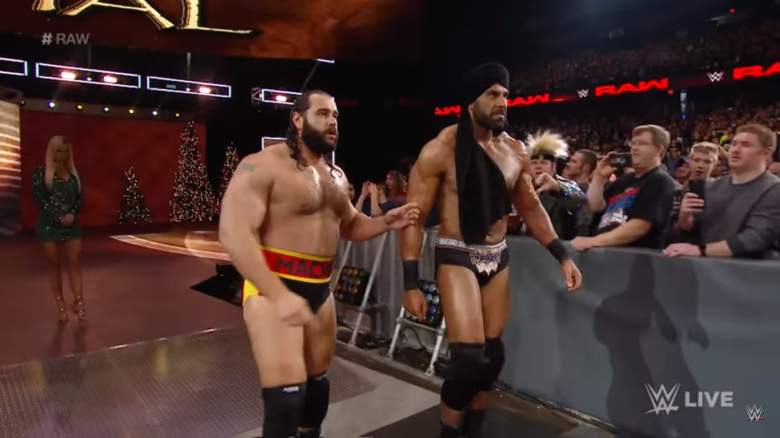 Flash forward to April 2017, and by the time Mahal found himself facing WWE World Champion Randy Orton, he looked like a completely new person. 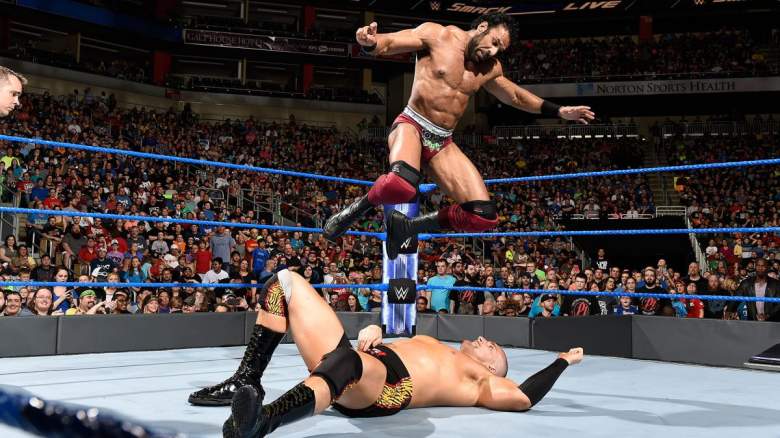 At least one former WWE employee has suggested that he believes Jinder Mahal is using some sort of illegal substance.

Ryback recently said on his podcast that it looks like Mahal has gynecomastia, a swelling of breast tissue that can be caused by the use of steroids.

“Speaking of t–s, who I noticed had t–s this week on RAW, Jinder Mahal.” Ryback said, according to Comicbook.com, “I noticed… they did a close up of his f–king chest and I just noticed it right away. I’ve never had that or anything because I don’t… like, there’s no reason to. When you get gyno, red flags right off the f–king bat, Dr. [David] Black.”

Ryback went on to say, “…I like Jinder and whatnot and he looks great, but I am pointing out the obvious, that that doesn’t just f–king happen from f–king drinking your protein shake.”

This seemed to mainly be speculation on Ryback’s part, however, rather than being based on any insider knowledge.

3. Dave Meltzer Also Thinks Mahal is on Something

At least one other wrestling industry expert believes that Mahal is on something: Dave Meltzer of the Wrestling Observer Newsletter.

On an episode of Wrestling Observer Radio, Meltzer highly implied that Jinder Mahal is using steroids.

“My God, Jinder Mahal,” Dave Meltzer said on an episode of Wrestling Observer Radio. “…Jinder Mahal has changed his physique completely in like a couple of weeks, and he’s got acne all over his back, and, you know, whatever, he is what he is. If this was USADA, he would probably be in trouble.”

It was unclear whether this comment was just speculation or was based on any actual reporting on Meltzer’s part..

4. The WWE Administers Drug Tests to Its Performers 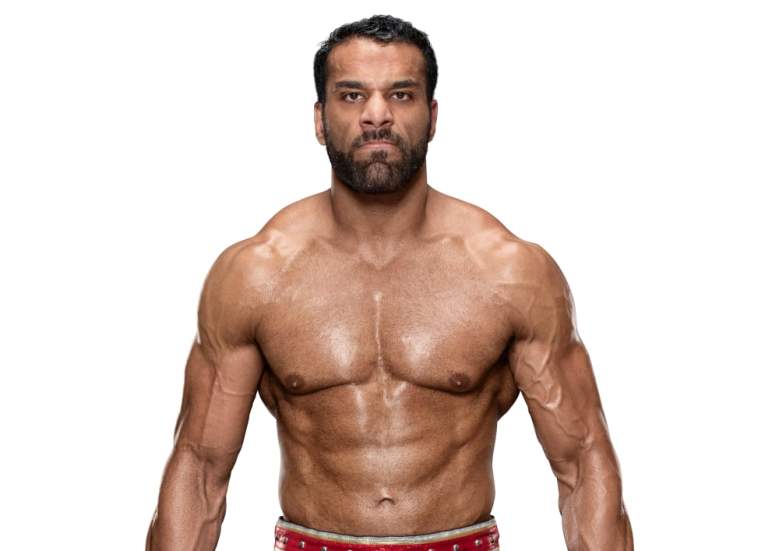 Jinder Mahal became the number one contender for the WWE World Championship in April 2017. (WWE.com)

It is a part of the WWE policy that superstars will randomly receive drug tests, and if they are found to be using any substance not permitted by the company, they will be banned for 30 days on their first offense, 60 days on their second offense, and on their third offense, their contract will be terminated.

The WWE’s policy specifically forbids the use of anabolic androgenic steroids, as well as peptide hormones and analogues.

It has happened in the past, though, that a WWE superstar was found to be using banned substances, but they were not suspended. After all, Brock Lesnar was suspended by the UFC for one year after testing positive for the anti-estrogenic agent Hydroxy-clomiphene. He was not suspended by the WWE, however, with the reason reportedly being that Lesnar is a part-timer and therefore the wellness policy does not apply to him. Jinder Mahal, who wrestles with the WWE full time, would not have this exception.

5. Mahal Says He Has Been Tested Multiple Times

Jinder Mahal has denied these rumors of steroid use, saying that he has achieved his physique through diet and exercise.

He wrote on Instagram, “And of course I’ll get a hundred ‘steroid’ or ‘wellness’ comments …. I’ve been tested multiple times since coming back, and have never once in over 6 years with WWE had any issues. Follow my IG stories or my SnapChat and you can see that no one is out-training me, and no one is out-dieting me.”

Mahal expanded upon this in an interview with Sportskeeda, saying that the secret to his diet and exercise routine is consistency.

“The secret is consistency,” he said. “I literally haven’t had a cheat meal in 3-4 months. I haven’t eaten anything I shouldn’t have. Even now, on the tour, I have my cooling bag with me and I carry 5 meals with me so that I eat every 2 hours. I eat 30/40 grammes of carbohydrates, 30/40 grammes of proteins with every meal.”

Mahal also said that he works out six days a week, and he also is straight-edge.

“Then there are lots of basic squats, lots of push-ups and other exercises,” he said. “Overall, from diet to exercise, I’m seeing good results. I’m going to keep getting in better shape because not only do I look better but I feel better.”

The steroid use allegations, then, are mainly just speculation based on Mahal’s sudden transformation, and there has not been any concrete evidence to support the idea that Mahal abuses drugs.

Read More
Pro Wrestling, WWE, WWE Smackdown
Over the past few months, Jinder Mahal, who will face Randy Orton at Backlash for the WWE World Championship, has faced accusations of steroid abuse.