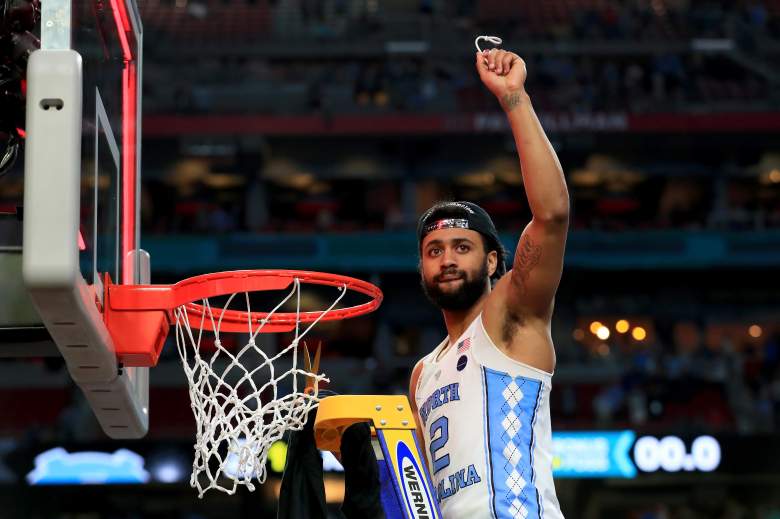 Joel Berry II cuts down the nets after winning the 2017 National Championship. (Getty)

Joel Berry II, the 2017 Men’s Final Four Most Outstanding Player, is bucking the college basketball trend of leaving school early and has decided to ride out his four-year commitment North Carolina.

The move comes after Berry initially announced last Tuesday he would be declaring for the NBA Draft.

In a statement posted on the school’s website, Berry said, “I know I can continue to improve my game and be better prepared for the NBA after another year playing against the best college competition in the country.”

Berry is coming off his junior year where his Tar Heels won the National Championship — their sixth school history — over the Gonzaga Bulldogs.

Despite playing on two bad ankles in the title game, he poured in 22 points on 7 of 19 shooting — including four three’s, and handed out six assists. The 22-year-old averaged 13.8 PPG in the NCAA Tournament, which includes an opening round game vs. Texas Southern where he rolled his ankle and only played 22 minutes, scoring just three points.

1. Berry Did Not Rank High on Many Draft Boards

DraftExpress.com had previously ranked Berry as the 91st overall prospect and projected him to go undrafted in 2017.

“Questions abound about his just-decent size (6’0 in shoes), length (6’3 wingspan) and athleticism, as well as the fact that he’s a year old for his class (turning 22 in April)…”

Add in the fact that the 2017 draft class is littered with talented freshman guards (Markelle Fultz, Lonzo Ball, Dennis Smith, Jr., DeAaron Fox) — it looks to be a wise decision for Berry to stay one more year and take his chances in 2018.

2. Berry Was a 5-Star Recruit Coming Out of High School

Playing out of Orlando, Florida and for Lake Highland Preparatory School, Berry was a highly-sought after player in 2014 — receiving scholarship offers from 11 schools, including Florida, Florida St., Kansas, and Maryland, per ESPN.com.

3. Berry Wears No. 2 Because He’s the Second Joel in His Family 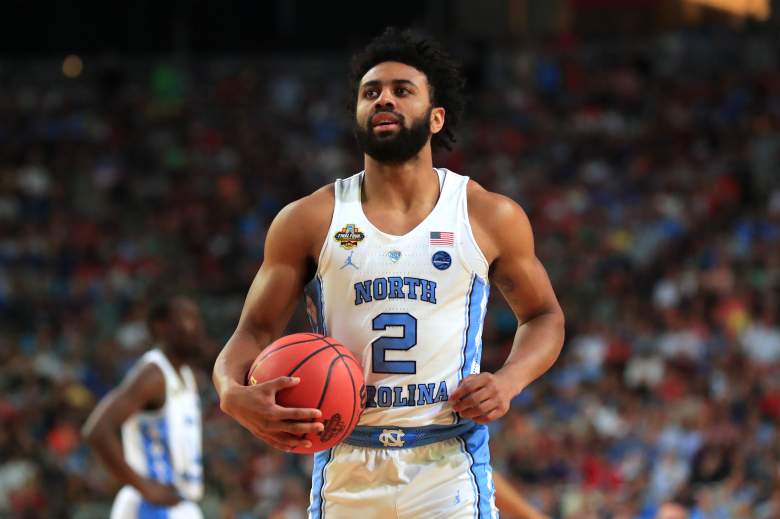 Berry isn’t wearing #2 because he has deep admiration for Derek Jeter. (Getty)

Berry is the son of Joel and Katie Berry and was born on April 1, 1995. He says he chose the #2 for the simple reason that he is the second — named after his father.

Berry doesn’t appear to have any children of his own to pass his name onto — yet. But he does have a young niece who he frequently will post pictures of on his Instagram account.

According to his official biography on the North Carolina Tar Heels’ webpage, Berry’s older sister, Kourtnie, played four years of college basketball for Division II Rollins College. In 2010-2011, the elder Berry averaged 9.3 PPG and 2.9 RPG. She is now an assistant coach/recruiting coordinator for the Winter Park, Florida school.

4. Berry Asked Coach Roy Williams to Call Timeout Before His Free Throws in The Final Seconds Of The National Championship

“We finally got what we wanted!”

With the Tar Heels up 70-65 and less than 10 seconds remaining, Berry was intentionally fouled by Gonzaga to send him to the line. And that’s when the water works ALMOST started.

According to USA Today, prior to the free throws, Berry walked up to Williams, hugged him and told him he was about to cry — as it was evident the Tar Heels were seconds away from a championship

Berry explains, “I told coach to take a timeout before my free throw because I was about to just lose it.”

After the timeout, Berry hit one of two free throws to make the score 71-65. The Bulldogs inbounded, missed a three pointer, and Pinson grabbed the defensive board and dribbled out the clock.

5. Berry Will Lead An Explosive Backcourt in 2017

With news of Berry returning, North Carolina is loaded at the guard position heading into the 2017-2018 campaign.

As of now Vegas lists North Carolina as a 12-1 favorite to win the national title in 2018.