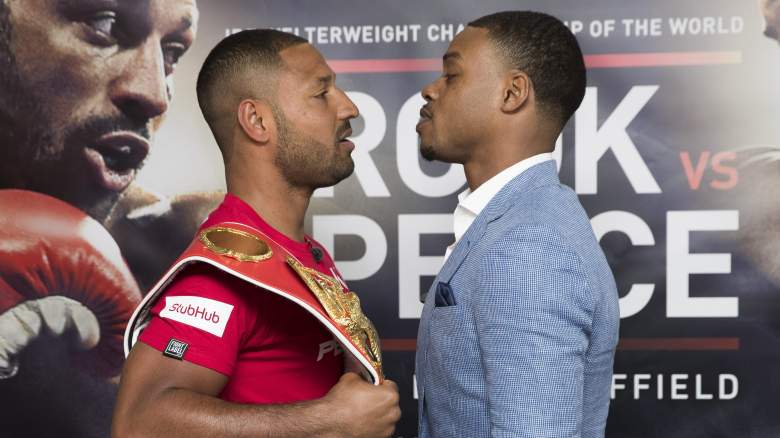 It seems like boxing has had a big fight nearly every weekend in 2017, and this Saturday will be no different, as Kell Brook (36-1, 25 KOs) puts his IBF World welterweight title on the line against Errol Spence Jr. at Bramall Lane in Sheffield.

As the odds clearly suggest, there is little separating these two.

Brook, who will be fighting in front of a home crowd in Sheffield, has never lost at 147 pounds. His last fight–and lone defeat–came at the hands of Gennady Golovkin, but there’s really no blaming him for that loss considering Triple-G is one of the most dangerous fighters on the planet, and the bout came at 159.5 pounds.

The challenger, a quickly-rising American star, has knocked out 18 of his 21 opponents at the professional level. He hasn’t had a fight go the distance since a unanimous decision win over Ronald Cruz nearly three years ago.

“I’m ready for a war,” said Brook. “And that’s what you’re going to see — a war Saturday night. I can see us both maybe hitting the canvas. You’re going to be on the edge of your seat from Round 1. He’s not going to take a backwards step, and I’m not [either]. All I can say is it’s going to be a thriller.”

This has the chance to be a special fight. Here’s everything you need to know to watch:

Start Time, United Kingdom: The televised portion of the card starts at 6 p.m. Chris Hobbs vs. Anthony Yarde and Ryan Walsh vs. Marco McCullough will go first, then the main event

Read More
Boxing
Kell Brook and Errol Spence Jr. meet for a highly anticipated welterweight title fight in Sheffield. Find out when and where to watch.