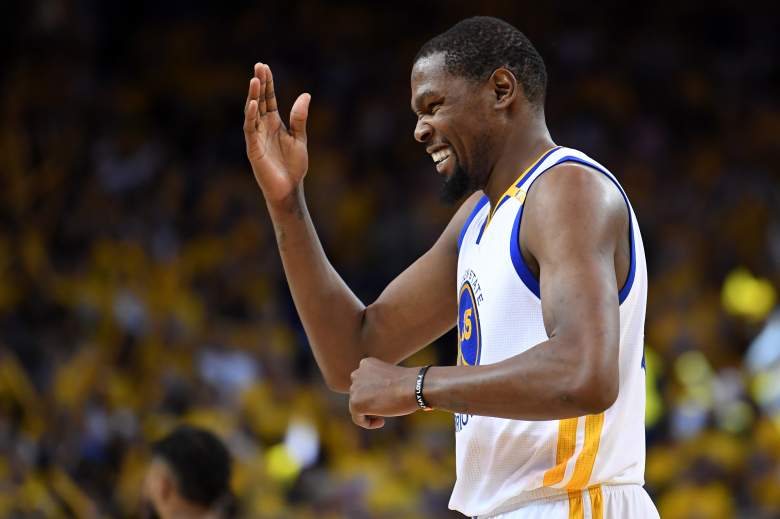 The Warriors — who have yet to lose a playoff game — are the Vegas favorite to win the NBA title in 2017. (Getty)

After running through their respective conferences with relative ease, the Golden State Warriors and the Cleveland Cavaliers are set to meet for the third consecutive season in the NBA Finals.

According to Westgate’s Jeff Sherman, the Warriors are the favorite to take home the Larry O’Brien trophy — coming in at 10/33 odds. So far this postseason, the Warriors have swept the Portland Trailblazers, Utah Jazz, and now the San Antonio Spurs — becoming the first team since the 2001 Los Angeles Lakers to sweep the first three rounds en route to the Finals.

Golden State was listed at 3/2 odds at the onset of the season to win their fifth title.

Note: The odds from Sherman came out prior to the conclusion of the Warriors/Spurs series.

PredictWise also gives the Warriors a 73 percent chance at winning the NBA Finals. FiveThirtyEight lists them at 90 percent.

Cleveland, who Westgate slots at 5/2, currently sits with a 12-1 playoff record — sweeping both the Indiana Pacers and Toronto Raptors, and beating the Celtics in a tidy five games. PredictWise has the Cavaliers only at 27 percent, while FiveThiryEight gives them just a 10 percent chance at winning the NBA Finals for a second straight season. Vegas listed Cleveland at 5/2 odds to win a title when the season began.

ESPN’s RJ Bell puts Cleveland’s chances of taking down the Warriors at 29 percent.

The Warriors and Cavaliers had a 77 percent chance at meeting for the third straight year in the Finals, according to Bell. Those numbers came out prior to Conference Finals matchups being officially set.

Game 1 of the NBA Finals will take place Thursday, June 1st at 9 p.m. ET on ABC and the odds are already in:

With both teams getting through the first three rounds without barely breaking a sweat, we are now perfectly fit for a sort of Super Bowl week-esque bonanza where both teams will be forced to deal with over-analysis from talking heads on television, as well as countless media obligations — all the while, eagerly awaiting each other in what figures to be an epic NBA Finals. 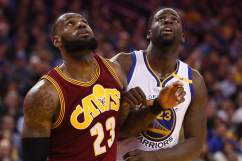