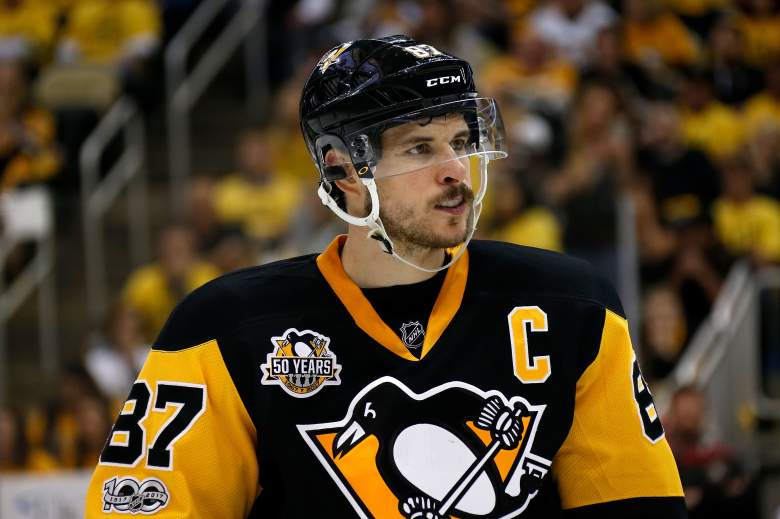 The Pittsburgh Penguins — led by captain Sidney Crosby — get set to take on the Nashville Predators in Game 1 of the Stanley Cup Finals tonight. (Getty)

After a few days to rest and lick their wounds, the Pittsburgh Penguins and Nashville Predators will lace up the skates Monday night and hit the ice for Game 1 of the Stanley Cup Finals.

The Penguins — who took home Lord Stanley’s Cup last year after defeating the San Jose Sharks in six games — are coming off a grueling, seven game series with the Ottawa Senators, which included a double-overtime finale last Thursday night. 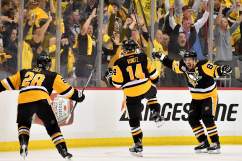 Meanwhile, the Predators — who will be appearing in their franchise’s first Stanley Cup — took care of the Anaheim Ducks in the Western Conference Finals in six games, last playing a week ago. Nashville has been the darling of these NHL playoffs, coming into the postseason as the 16th and final team — securing the final wild card spot out West with 94 points (41 wins).

But after sweeping top-seeded Chicago, skating past St. Louis in six games, and then beating the Ducks — there’s no doubt these Predators deserve to be here and will give Sidney Crosby and company a run for their money.

Speaking of money, let’s go to Vegas for the odds:

What the numbers tell us is that Vegas likes the Penguins to take Game 1 but most likely not by more than two goals.

While you can usually throw out much of the regular season statistics when it comes to the hockey postseason (the teams split two games in 2016-2017), Pittsburgh is a bit deeper on paper and getting healthier.

Nashville will be without arguably their best two-player in Ryan Johansen, who was tied with Viktor Arvidsson for the team-lead in points during the regular season, due to a left thigh injury. The 24-year-old center will not return for the Stanley Cup after undergoing surgery for acute compartment syndrome earlier this month.

Nashville was forced to play the final two games of the Western Conference Finals without Johansen but did come away with two wins.

As for the Penguins, getting away from Ottawa’s smothering neutral zone trap will surely be a breath of fresh air for Crosby, Evgeni Malkin, and Phil Kessel. Outside of a seven goal outburst in Game 5, Pittsburgh was held to just one goal in four of the other six games, relying on some stellar play from goaltenders Marc-Andre Fleury and later Matt Murray to get past the Sens.

Keep in mind, the Penguins led the NHL in goals for per game during the regular season and will surely be itching to play out in the open ice.

Nashville is no slouch on defense either, especially with goalie Pekka Rinne anchoring the squad. The 34-year-old Finland native leads the league in postseason goals against average at 1.70. Not to mention, the Predators top six defensemen are all at or better than +2 for the playoffs.

So, we like a low-scoring Game 1 but with Pittsburgh getting the upper-hand, thanks to the talent and — most importantly — experience up front. Ten of the 12 forwards expected to be dressed for Game 1 were on last year’s Stanley Cup winning team.

For the Predators, only one player has appeared in a Stanley Cup Finals game — center Mike Fisher.