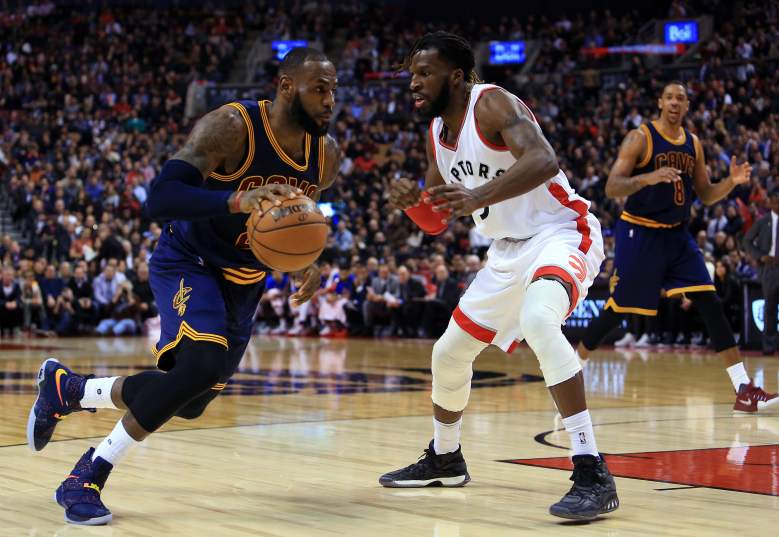 It’s a rematch of the 2016 Eastern Conference Finals.

The Toronto Raptors are set to take on the Cleveland Cavaliers again, only this time it’s in the East’s semi-final round.

Last season, the Cavs and Raptors went six games in the best-of-seven series to see which team will head to the NBA Finals. Cleveland took the first two games of the series only to see Toronto come back and tie the series at two games apiece. But the Cavs prevailed the next two games and sent the Raptors packing.

As you may have heard, the Cavs then came back from a 3-1 deficit in the NBA Finals to beat the Golden State Warriors and win the title.

Cleveland will have its work cut out for it once again with a feisty Raptors team.

Toronto started its opening-round series against the Milwaukee Bucks slow, but upended the them in the end. Toronto won the series, 4-2, to move on to play the Cavs once again and have an opportunity for revenge.

The Cavs, on the other hand, didn’t have much problem with the Indiana Pacers in the opening round. They swept Indiana, 4-0, and have been waiting around at home to see which team they would play next.

Game 1 is slated to tip at 7 p.m. EDT and will be televised on TNT.

Here are the betting odds for Game 1 of the series:

Note: All odds and numbers provided by OddsShark.com.

The Raptors are looking for redemption in this series and will come out looking to fire on all cylinders. Despite a slow start to its last series, Toronto is beginning to look like the Raptors team we’ve become to know.

In the last three games of the series against the Bucks, the Raptors held them to an average of 86 points.

Serge Ibaka and P.J. Tucker have helped lead the charge for Toronto, especially on the defensive end. But it will have its hands full with LeBron James.

James is averaging 32.8 points, 9.8 rebounds and 9 assists in the playoffs thus far, and postseason LeBron doesn’t seem to be slowing down.

With a 6.5-point edge given to the Cavs, they are the clear favorite in Game 1. And for good reason. The Raptors historically struggle in Game 1 during the playoffs. They are 1-11 straight up and 2-10 against the spread in the first game of a playoff series.

Look for Cleveland to take Game 1 of the series at home. 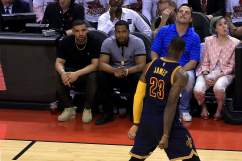 Drake & the Toronto Raptors: 5 Fast Facts You Need to Know

Read More
Betting, Cleveland Cavaliers, NBA Playoffs, Toronto Raptors
The Toronto Raptors will travel to Cleveland to take on the Cavaliers in Game 1 of the Eastern Conference Semi-Finals. See the betting odds and more.