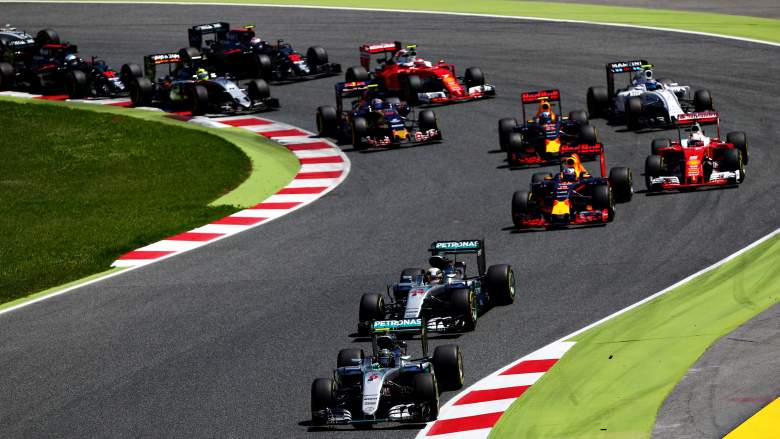 Barcelona is the home of the fifth race of the 2017 Formula One season, as drivers will take part in the Spanish Grand Prix.

Valtteri Bottas’ victory in Russia two weeks ago made it four consecutive wins to start the year for either Mercedes or Ferrari, who are separated by just a single point atop the constructor standings. Sebastian Vettel has a bit of a larger lead over Lewis Hamilton in the driver standings, though that’s also shaping up as a tight race.

Here’s a look at everything you need to know to watch all the action at the Circuit De Barcelona-Catalunya:

Start Time, Local: 2 p.m. GMT+2 in Barcelona (you can click here for the complete track schedule)

Though Mercedes and Ferrari have dominated so far, this could be a fairly wide-open race. Vettel, Hamilton, Kimi Raikkonen and defending-champ Max Verstappen have all won here, while there has been a different winner at this track in each of the last 10 years.

Of the drivers in the current Top 6, Bottas and Daniel Ricciardo are only ones without a victory in Barcelona.

It will also be interesting to see how Fernando Alonso fares. The 35-year-old legend is just 20th in the standings and has been mostly a non-factor this season, but no active driver has had as much success here as the Spaniard, who not only has a pair of wins but leads the way with seven podium finishes.

Ultimately, the odds favor this one again coming down to Mercedes, who have two wins in the last three years here, and Ferrari, who showed big-time speed in preseason testing, but it should still be highly entertaining along the way.