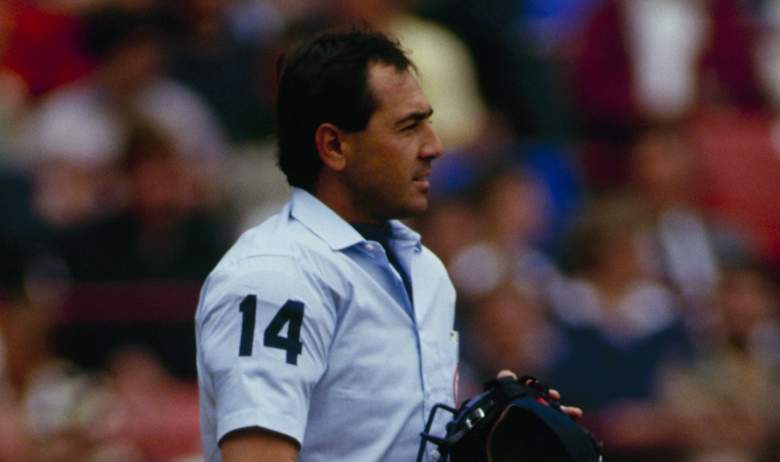 Umpire Steve Palermo looks on during the Milwaukee Brewers game against the Chicago White Sox at County Stadium on May 20, 1987 in Milwaukee, Wisconsin. (Getty)

Steve Palermo, the heroic Major League Baseball umpire who was shot while trying to stop a mugging in 1991, has died.

According to Kansas City.com, Palermo was 67-years-old.

CBS Sports reported that Palermo lost a battle with cancer.

Major League Baseball announced Palermo’s death on May 14. “It didn’t take him long to become one of the most respected umpires in baseball,” Royals vice president of baseball operations George Brett said, according to MLB.com. “I found out he had cancer and didn’t realize how serious it was until Spring Training. It has devastated me.”

ESPN reported that Palermo had been in “poor health.”

The shooting caused Palermo a series of health problems, and it also ended his on-field career as a baseball umpire. According to Kansas City.com, he was “shot in the back while coming to the aid of a robbery victim in the parking lot of a Dallas restaurant.” 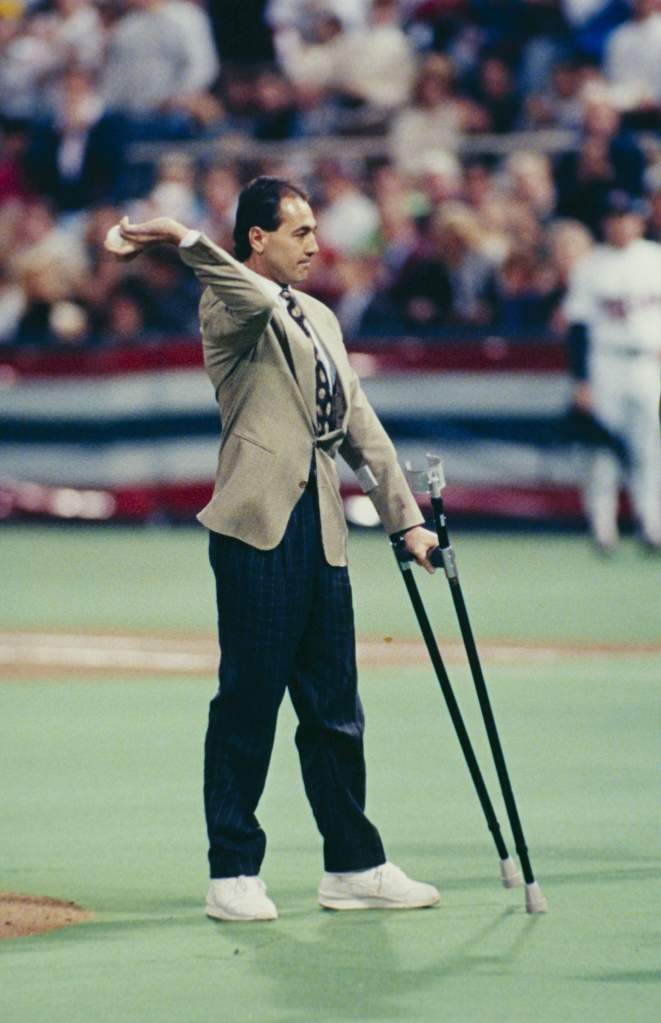 Umpire Steve Palermo throws out the first pitch before Game One of the 1991 World Series between the Minnesota Twins and Atlanta Braves at the Metrodome on October 19, 1991 in Minneapolis, Minnesota. (Getty)

He had seen two waitresses being mugged and heroically rushed over to help, the newspaper reported, and he took three bullets, “including one in the jaw. One bullet sliced into Palermo’s waist, bounced off a kidney and went through his abdomen, breaking bone and pushing into the spinal cord. It missed killing him by 1 millimeter.”

Despite being told he would never walk again, he did, but “with the use of a cane,” Kansas City.com reported.

That didn’t stop his passion for baseball. According to MLB.com, Palermo “was hired in 1994 as a special assistant to the chairman of the Major League Executive Council. In 2000, he became an umpire supervisor for MLB, serving as a liaison between Major League umpires and the Office of the Commissioner.” He also served as “honorary commissioner at The White House Tee Ball initiative on the South Lawn, featuring children with physical disabilities,” reports MLB.com.

Palermo was a resident of Kansas City. He is survived by his wife, Debbie, reports CBS Sports.

Baseball Commissioner Robert D. Manfred, Jr. said in a statement released by MLB.com: “Steve Palermo was a great umpire, a gifted communicator and a widely respected baseball official, known in our sport for his leadership and courage. He had an exceptional impact on both his fellow Major League Umpires and baseball fans, who benefited from his ability to explain the rules of our game. On behalf of Major League Baseball, I extend my deepest condolences to Steve’s wife Debbie, the World Umpires Association and his many friends and admirers throughout the game.”