Steven Holcomb, the decorated Olympic bobsledder, passed away on May 2017. He was 37-years-old. Holcomb’s family was present for the bobsledding events in PyeongChang in Holcomb’s memory during the 2018 Winter Olympics.

According to USA Today, Holcomb was found dead in his room at the U.S. Olympic Training Center in Lake Placid, New Jersey. Toxicology reports later revealed that the famed athlete had prescription sleeping pills and alcohol in his system at the time of his death. What was the cause of death? Fluid in his lungs and the pill/alcohol combination contributed to his death, according to NBC.

“The entire Olympic family is shocked and saddened by the incredibly tragic loss today of Steven Holcomb,” said Scott Blackmun, CEO of the USOC, in a statement. “Steve was a tremendous athlete and even better person, and his perseverance and achievements were an inspiration to us all. Our thoughts and prayers are with Steve’s family and the entire bobsledding community.”

Since beginning his professional career in 1998, Holcomb earned a staggering amount of awards and medals. He won four medals at the FIBT World Championships between 2007-09, and also became the first American man to win the Two-Man World Cup Title. In total, he amassed 60 World Cup medals in less than two decades.

His greatest achievement, however, came in the 2010 Olympics when he, Steve Mesler, Curtis Tomasevicz, and Justin Olsen won the 4-man bobsled event for the United States, becoming the first American team to take the Gold since 1948. “This will take a while for it to sink in,” said Holcomb, “You work so hard, and when you finally get there it’s like… it’s overwhelming. We’ve gone through so much in the last four years to end on a high note like this is huge.” Holcomb’s father, Steven Sr. told The Associated Press that “when they raise the flag and play ‘The Star-Spangled Banner’ for your son, well that’s pretty cool.”

Holcomb’s battle with blindness has been well-documented over the years. Born with keratoconus, an affliction that inhibits one’s vision, it progressed to the point where Holcomb couldn’t even wear contact lenses during his bobsledding competitions. He was forced to retire in 2007 as a result. “At that point, in June of 2007, he had retired from bobsledding because of his vision. He just felt that it wasn’t safe anymore,” Dr. Brian Boxer Wexler told EyeWorld, “He felt that he couldn’t live with himself if something happened to his teammates while driving the sled as a result of his vision.”

Holcomb would ultimately opt for an experimental eye surgery in 2008, one which successfully stabilized and improved his cornea. “Afterwards he came out of retirement and starting racing again,” said Dr. Wexler, who was the physician in charge of the risky surgery. When Holcomb won the Gold Medal in 2010, Wexler could scarcely believe it: “It was really emotional for everyone knowing what he has been through and what he has come out of. The experience itself and knowing that I played a role and have been part of the team so to speak have been very humbling.”

Holcomb spoke candidly about his depression in his 2012 autobiography But Now I See: My Journey From Blindness to Olympic Gold. “Depression,” he wrote, “isn’t something you catch in the wind one day and get sick the next. It is a gradual, degenerative process, much like my keratoconus. And just like my blindness, I chose to battle the demon on my own, without telling anyone or seeking help from others.”

He added that “it really started around 2004… that’s when it started taking a toll on my everyday life.” This toll reached a breaking point three years later, when Holcomb admits to attempting suicide with a bottle of whiskey and 73 sleeping pills. “Everything was falling apart around me, over time, that wears on you… I attempted suicide, and when I woke up, it was a moment in my life that I realized that I had a bigger purpose.” The bobsledder would go on to encourage others who suffered from depression to seek help, saying “I was extremely fortunate it didn’t work out, I kind of thought through the next few weeks… I have something more than I need to do. It’s been a tough journey, but it’s been amazing.”

In his autobiography, Holcomb revealed “how he had once tried to take his own life by overdosing on whisky and prescription pills.”

4. He Was In the Utah Army National Guard

Between 1999 and 2007, Holcomb served as a soldier in the Utah Army National Guard. During this time, he was a combat engineer in 1457th Engineering Battalion. He was later the recipient of an Honorable Discharge from service, and, similar to his sports career, won multiple medals during his service, including the Army Achievement Medal, Army Commendation Medal, Good Conduct Medal, Army Presidential Unit Citation, Army Superior Unit, and Army Service Ribbon.

Holcomb actually drew comparisons between bobsledding and the military, telling Veterans Advantage that “You’re essentially going to war with these guys. When you’re standing at the line you’ve got to look at the guy next to you and know that he’s going to give everything that he’s got for you, just as he knows that you’re giving everything you’ve got to him.”

5. His Cause of Death Was Likely Pulmonary Congestion

Holcomb likely died of pulmonary congestion, and the coroner said “that he had high quantities of alcohol and sleeping pills in his system,” according to The Guardian.

Holcomb recently competed at the 2014 Sochi Olympics in both the two-man and four-man bobsled, where he and Steve Langton won the Bronze Medal in the two-man competition. This broke yet another drought, as they were the first Americans to do so since 1952. 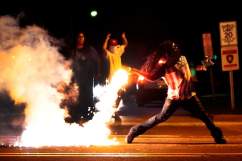