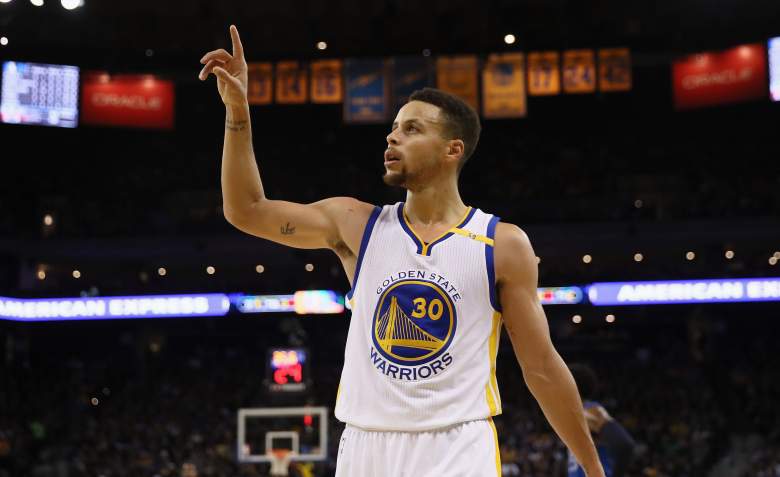 The Golden State Warriors are meeting the San Antonio Spurs in the NBA Playoffs for the first time since the 2012-2013 season.

The stakes are understandably high in the 2017 Western Conference Finals, and it figures to be another intense series as the each of the two franchises try to get to the NBA Finals.

The Warriors haven’t lost a game in the playoffs thus far, sweeping both series’ and going 8-0 through the playoffs. The Spurs are playing some of the best basketball of the season, too. They didn’t even need Kawhi Leonard in their decisive Game 6 victory against the Houston Rockets.

The current betting odds for the Western Conference Finals series have the Warriors as the major favorite.

The opening lines by Westgate Las Vegas Superbook show Golden State as (-1600) favorites to advance to the Finals, while San Antonio is at (+900). That means you’d have to bet $160 just to make $10 if you bet on the Warriors.

The Game 1 spread is pretty astonishing, too. In a series that’s supposed to pit the conference’s two best teams against each other, betting opened with the Warriors listed as a 10.5-point favorite for the opening game.

Golden State Warriors favored by 10.5 points over the San Antonio Spurs in Game #1 of the Western Conference Finals! #dubnation pic.twitter.com/wahGqvgNSP

Golden State was just one victory away from winning their second-straight title last year. But, in case you haven’t heard, it let a 3-1 series lead against the Cleveland Cavaliers slip, and it’s haunted them ever since.

The addition of Kevin Durant in the offseason has obviously provided a gigantic boost as the Warriors eye the NBA Finals once again.

They opened up the season as 3-2 favorites to win another title, according to the Westgate Las Vegas SuperBook. That number sat at 1-2 as of April 13.

San Antonio, on the other hand, opened at 6-1 to win the Finals and were at 9-1 entering this year’s playoffs.

But the veteran Spurs will be without leader Tony Parker, who was ruled out for the rest of the playoffs after a quad injury.

Leonard is putting up a team-best 27.8 points per game in the playoffs to go along with 7.7 rebounds, another team-leading stat category.

But there’s still a question mark with Leonard’s status. He suffered an ankle injury in Game 5 against the Rockets and missed Game 6. He’ll have a few days to recover before the Spurs and Warriors start their series. 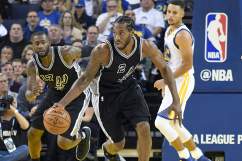