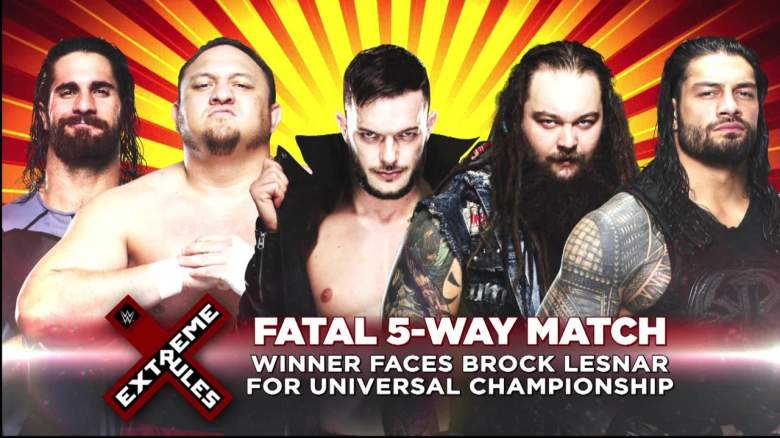 On Monday Night Raw this week, it was announced that there will be a match at Extreme Rules to determine the number one contender for the Universal Championship.

As revealed on the May 15th episode of Raw, the competitors in the Extreme Rules 2017 match will be Seth Rollins, Samoa Joe, Finn Balor, Bray Wyatt, and Roman Reigns.

This came as it was announced that Braun Strowman has been injured and will be sidelined for a few months. Strowman was originally expected to face Brock Lesnar at Great Balls of Fire, though that hadn’t been officially booked.

Kurt Angle on Raw said that he wanted the Universal Championship title match to be earned, not given, and so the winner of the Extreme Rules match will face Brock Lesnar at Great Balls of Fire.

In a segment, Roman Reigns said that there shouldn’t even be a title match because he is so good and so dominant that he should be given the Brock Lesnar match automatically. Finn Balor argued that he should get a shot at Brock Lesnar first since he never lost the Universal Championship.

Extreme Rules will air on Sunday, June 4th, while Great Balls of Fire will air on July 9th.