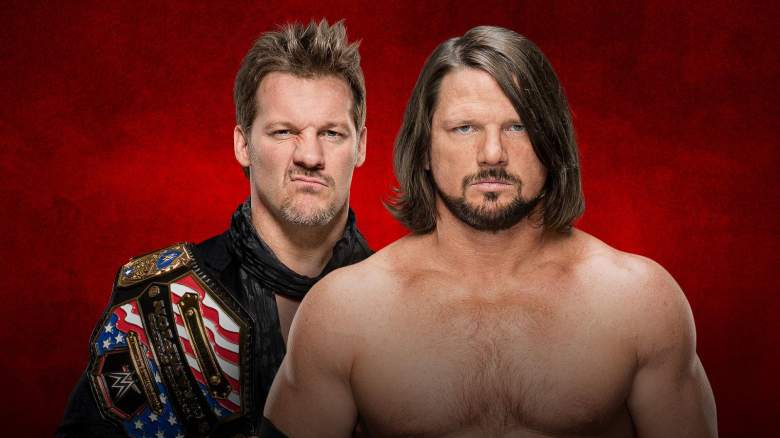 At Payback on Sunday, Chris Jericho defeated Kevin Owens to become the new United States Champion. AJ Styles, of course, is the number one contender for the U.S. championship, so when are these two going to face off?

According to WWE.com, the match between Chris Jericho and AJ Styles for the United States Championship is currently set for Backlash, which takes place on Sunday, May 21st, 2017.

However, there is some evidence to suggest that this match will not actually happen. Chris Jericho is about to go on tour with his band, Fozzy, with the band’s tour dates beginning on May 5th. According to the band’s website, the band has a concert scheduled for May 21st, the same night as Backlash.

For that reason, there is now speculation that Chris Jericho might actually drop the United States Championship title by the end of this week, perhaps losing to Kevin Owens in a rematch on SmackDown Live on Tuesday. The Fozzy tour doesn’t begin until this Friday, May 5th, and Jericho was already expected to make one last appearance before leaving for his hiatus, and so having him drop the title at SmackDown Live would make a lot of sense.

Another theory is that this Backlash match will turn into a triple threat between Chris Jericho, Kevin Owens, and AJ Styles, and that Jericho will be present for Backlash but miss a lot of the build to the match. He would have to cancel Fozzy’s show currently scheduled for May 21st in Morgantown, West Virginia in order for this to happen, though.

Certainly the fact that the Jericho vs. Styles match is being promoted on WWE.com is not evidence that it’s going to happen, as the card is always subject to change, and it has often been the case that the WWE has promoted a match that did not end up taking place.

If Chris Jericho and AJ Styles did end up facing off, it would certainly be interesting to see, as the two have a lot of history together. Styles and Jericho, of course, once formed the tag team Y2AJ, but Jericho ultimately betrayed Styles, and this lead up to a match between the two at WrestleMania 32, which Jericho won.

Jericho and Styles have not interacted in months, as they have been on different brands since July 2016. Now, however, Chris Jericho is a part of the SmackDown Live roster.

Read More
Pro Wrestling, WWE, WWE Raw, WWE Smackdown
At Payback, Chris Jericho became the new United States Champion. AJ Styles is the number one contender, so when are these two going to face off?