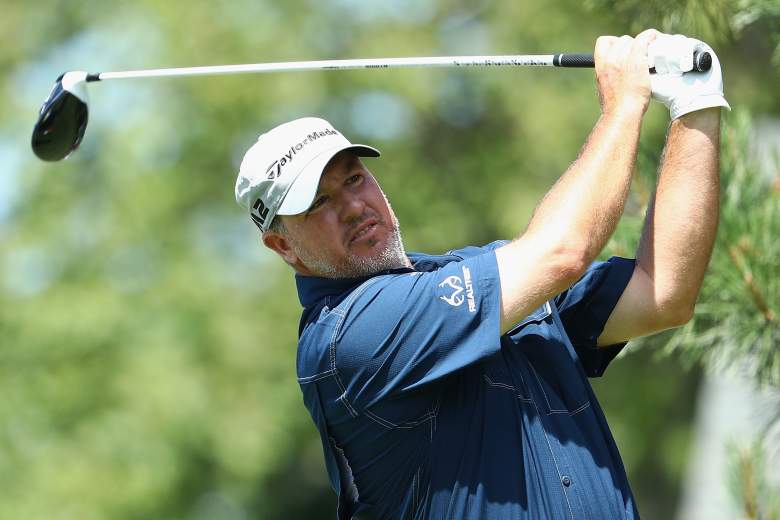 Thomas Brent “Boo” Weekley is one of the most colorful players on the PGA Tour, and seems to have more fun on the course than the average golfer. Weekley feels just as much at home with a hunting rifle in his hands as he does a 5-iron.

The Milton, FL. native began the final round of the Travelers Championship just one-stroke behind leader, Jordan Spieth. Weekley shot a 65 in the third-round of the tournament.

Here’s what you need to know about Weekley: 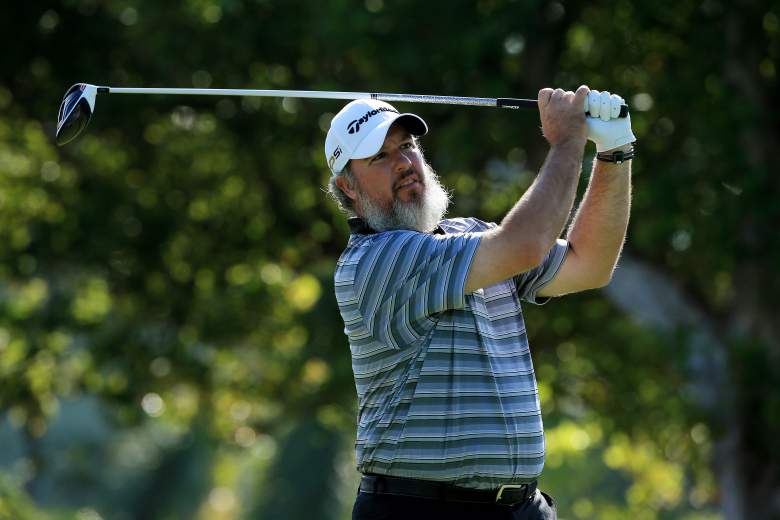 Weekley turned professional in 1997 and played on mini-tours until 2002, when he qualified for the PGA Tour. He only made the cut in 5 of 24 events that year and lost his tour card. Weekley played on the Nationwide Tour from 2003-2006, before earning his way back to the PGA Tour.

In 2007, Weekley got his first PGA Tour victory at the Verizon Heritage tournament. Weekley beat Ernie Els by one stroke. He nearly won the Honda Classic that year, but lost in a playoff to Mark Wilson. Weekley also picked up his only top-10 finish in a major that year. Weekly finished ninth at the PGA Championship. In 2008, Weekley once again won the Verizon Heritage and cracked the top-25 in the rankings.

Weekley got his third PGA Tour victory in 2013, at the Crowne Plaza Invitational at Colonial. He beat Matt Kuchar by one stroke. Weekley has won over $12.5 million on the tour. 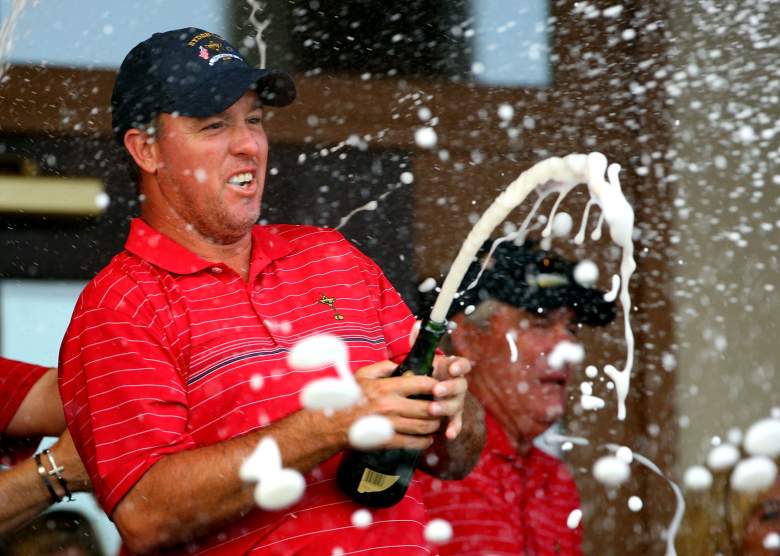 Weekley is probably most-known for his appearance on the USA Ryder Cup team in 2008. The matches were held in the U.S., at Valhalla Golf Club in Louisville, KY. Team USA won 16.5 – 11.5 and ended a streak of three straight victories for team Europe. It was USA’s largest margin of victory since 1981.

Weekley halved his first match in foursome play and won his second. He won his single match against Oliver Wilson 4 -2. Weekley won 2.5 points for his team and finished with a 2-0-1 record.

3. Weekley Met His Now Ex-Wife Karyn on a Golf Course 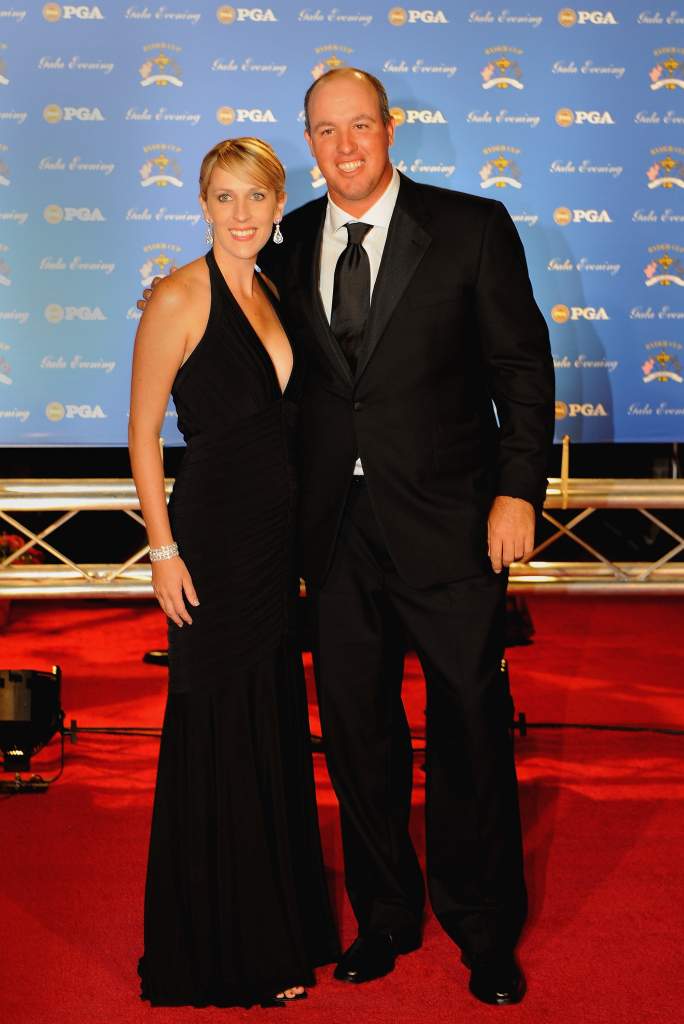 Weekley met his first wife Karyn on a golf course. “He asked me if he could drive my truck,” Karyn told Golf Digest. “That was his pick-up line.”

Karyn was instrumental in campaigning for Weekley to win PGA TOUR Player of the Month in 2013. She knew that the $50,000 check presented by Avis could go a long way to help their family’s favorite charities. Weekly won the award with 60 percent of the vote, beating out Tiger Woods.

“My wife works on both their faculties trying to raise money for their two charities,” said Boo. “They’ve been struggling the last couple of years. But for Avis being able to put up the cash for us to able to do this and to win the fans’ vote and my wife went viral with this as soon as we found out. I mean, she was calling up Dale (Earnhardt) Jr., called up everybody that we knew just trying to get this out and about to get people to vote…I’m friends with the sheriff down there, and he’s got all the police department from Escambia County all the way to Defuniak Springs voting on it, so it was pretty big.”

The two divorced a few years ago, but Weekley still credits their children for helping him keep his hunger for playing golf at a high-level.

4. Weekley Loves to Hunt & Be Outdoors

NRA All Access – Boo Weekley: The Outdoor Family ManNRA All Access meets pro golfer Boo Weekley to learn how this family man spends time with his wife and kids when he’s not on the golf course. (Original Air Date: March 16, 2016 on Outdoor Channel)2016-03-11T15:19:05.000Z

Weekley lives on five acres in Jay, FL, and has over 460 acres that he owns for hunting and fishing.

“I love the outdoors and looking at snakes, squirrels, bugs – just going through the woods and being part of it,” Weekley told Golf. “You can smell the different trees. And I listen. There’s so much you can learn by listening, by sitting and watching things happen. Hey, it ain’t all just about hunting and killing.”

5. Weekley Gets His Nickname From Yogi Bear’s Sidekick 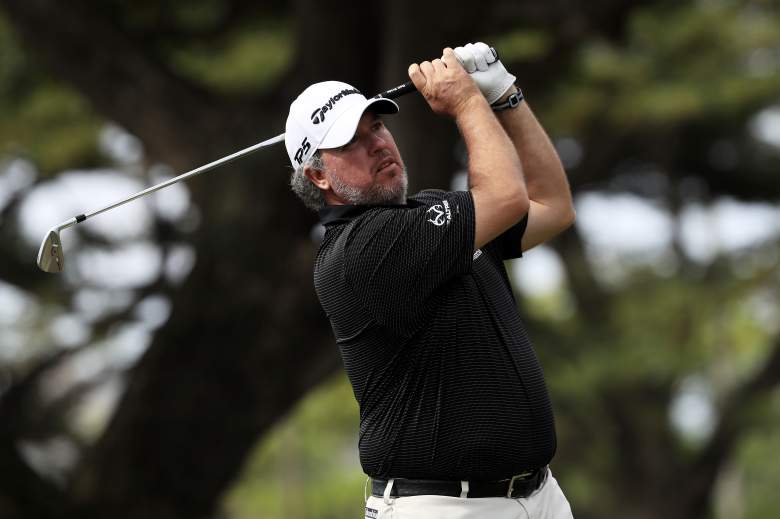 Boo Weekley gets his name from Yogi Bear’s sidekick (Getty)

Weekley attended Abraham Baldwin Agricultural College where he studied turfgrass science. After a year, he dropped out of college and worked in a chemical plant where he cleaned large ammonia tanks.

Weekley has said that his idol on the PGA Tour is Steve Stricker.

“He’s somebody I’d like to follow,” said Weekley. “He’s always positive. We need people like that, instead of people who embellish who they are, what they want to be and who they ain’t. It ain’t about the money here. It’s about camaraderie and respect for one another.”

Read More
Golf, PGA, PGA Tour
Boo Weekley is among the leaders at this week's Traveler's Championship and paired with leader Jordan Spieth. Find out more about the three-time PGA tour winner here.