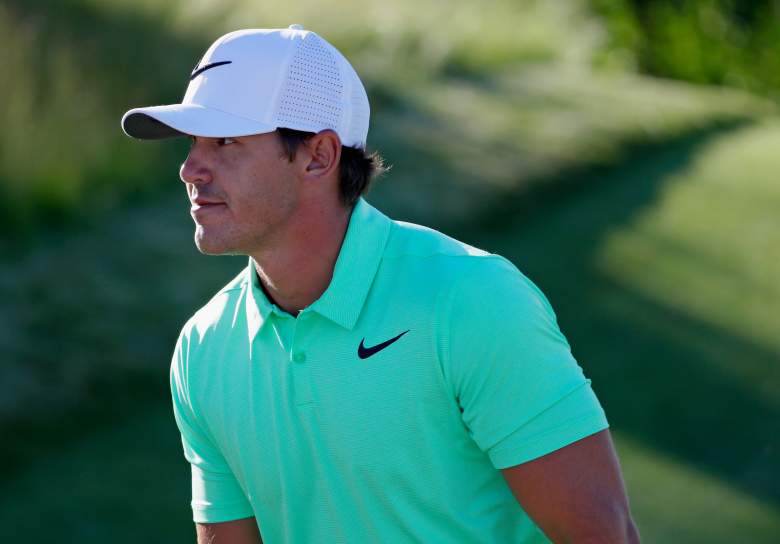 Brooks Koepka has won the 2017 U.S. Open at Erin Hills. He finished 18 holes in first position. His overall score was 67-70-68-62 — 267 (-16). This was the first major championship win for the Florida State University graduate. He is the seventh straight first-time major winner, according to CBS Sports. The site also reported that Koepka’s double digit finish was the first since McIlroy and Woods (2000).

“Koepka shot 67-70-68 in the first three rounds to finish with a 16-under 272, matching Rory McIlroy’s 2011 U.S. Open mark for most strokes under par for the tournament. He pulled away from a competitive field late with three straight birdies on 14-16 to go up four strokes with two holes to play.”

Below is Koepka’s final scorecard.

For comparison, below is Brooks Koepka’s scorecard from the 2016 U.S. Open.

Here's a look at that wild final-round scorecard in last year's U.S. Open by Brooks Koepka, the co-leader here at Erin Hills: pic.twitter.com/XhAewiP1uF

While it did appear to be a tight competition through most of the weekend, Koepka managed to pull away from the group, pretty much securing his No. 1 finish. By 17, it became abundantly clear that Koepka was going to run away with an incredible win. And he knew it.

“For 17 holes, Koepka had been laser-focused, eschewing the high-five attempts that are always there on the walks from one green to the next tee. But as he walked to 18, and the hands reached out, Koepka finally obliged,” Yahoo! News reported.

Not bad for a kid that previously admitted that golf was boring.

“If I could do it over again, I’d play baseball—100 percent, no doubt. To be honest, I’m not a big golf nerd. Golf is kind of boring, not much action. I come from a baseball family, and it’s in my blood,” Koepka told Golf Digest in 2015.

The 27-year-old earned his first major trophy in one of the most prestigious golf tournaments. An emotional Koepka was seen riding in a golf cart following his win. He was joined by his girlfriend, actress Jena Sims. 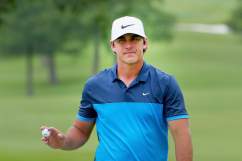