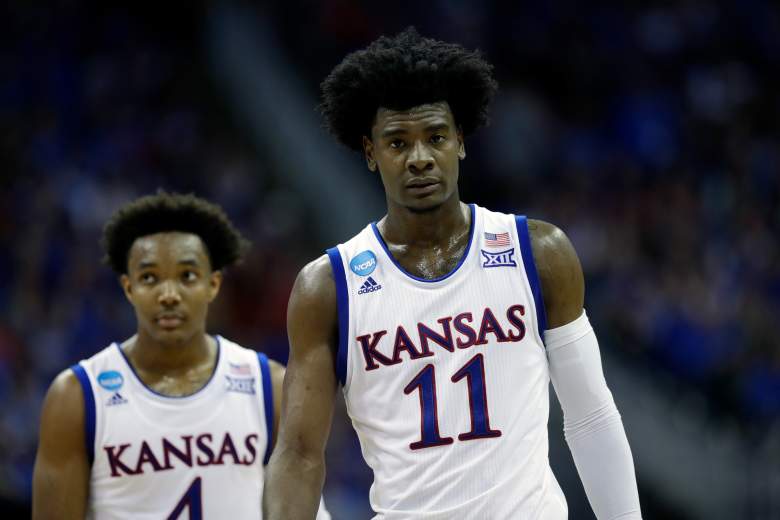 ESPN’s Marc Stein reports the Celtics and Sixers are in serious trade talks centering around the number one NBA draft selection. ESPN’s Zach Lowe and The Vertical’s Adrian Wojnarowski have issued similar reports. Wojnarowski reported the talks are so serious that probable number one pick Markelle Fultz could meet with the Sixers on Saturday.

Current iteration, per league sources to @espn, is a package of a draft picks from Philly, including No. 3 overall, to the Celtics for No. 1

Deal talks are far enough along that Fultz could be on his way to Philadelphia for a meeting Saturday, sources say. https://t.co/kR8vwZu8i2

What would the trade include for the Celtics? The Vertical reports the two teams would swap the first and third picks. The Sixers would send the Celtics a future first round pick, and potentially more in return for moving up in the draft.

Boston would acquire Sixers No. 3 overall pick in 2017 and package to include future first from Sixers, sources say. https://t.co/AK5LyYXnYX

Lowe believes there would be several picks involved, which would be quite a haul for the Celtics for moving down just two spots.

In current parameters, BOS would receive several picks and no players, sources say. Have to think No. 3 would be involved. https://t.co/xHYANlYzeT

Wojnarowski and ESPN’s Chad Ford have recently linked the Celtics to Josh Jackson. Ford cited an anonymous general manager who believes the Celtics like Jackson more than Fultz.

“Jackson will be better than all of those guys [at his position in Boston]. Danny’s looking for a star, and I think Jackson has as much or more star potential than Fultz or Ball. Everyone on the Celtics is an asset. Danny can move them all. He’ll take the player he likes the best. Period. He’ll figure out fit in the summer,” the GM told ESPN.

If the Celtics are looking to trade out of the top spot, there is likely a strong belief within the organization that Jackson would fit their team better with the presence of Isaiah Thomas.

After news broke of the Sixers-Cetlics rumors, Draft Express’ Jonathan Givony reported Magic Johnson is “in love” with Fultz, and could offer the second pick along with Julius Randle to move up one spot.

Multiple sources have told me that Magic "is in love" with Fultz. May try to move up to #1, possibly with a Julius Randle + #2 pick offer.

It looks like the Celtics are creating an arms race to acquire the top pick. For the past month, it had become a forgone conclusion the Celtics were set on Fultz. Unless the Celtics are issuing a lot of smokescreens, it appears Fultz’s status could be in limbo. 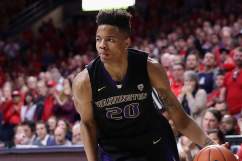