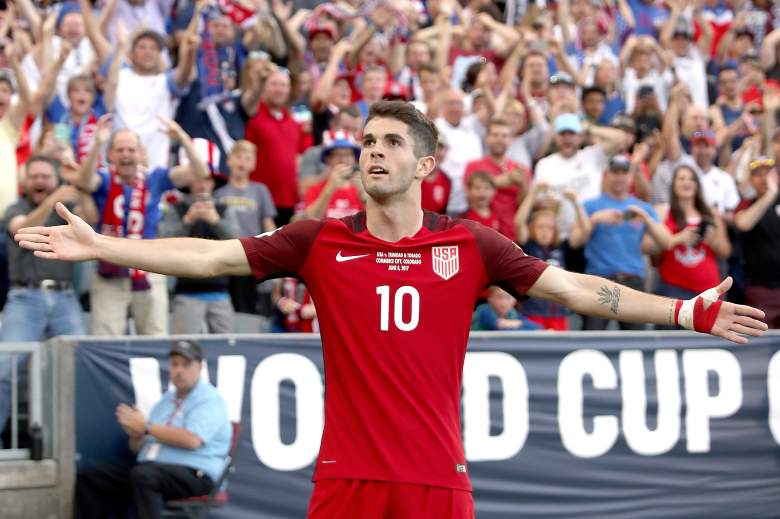 Christian Pulisic is injecting life into US Soccer. (Getty)

The United States have not even qualified for the 2018 World Cup, but that has not stopped USMNT fans from imagining Christian Pulisic playing in Russia. Fans are imagining the 18-year-old Pulisic nailing the wondergoal that brings the United States its first World Cup.

Are we getting too far ahead of ourselves? Yes, but you can’t blame US soccer fans. Former manager Jürgen Klinsmann introduced a lot of excitement when he took over the national team. The excitement quickly turned to frustration. Five years of Klinsmann felt like walking into your apartment only to constantly find the furniture rearranged.

America is great at the hype train, and it has taken many young soccer players as victims. We get it. You dreamed a dream of time gone by and saw Freddy Adu. Instead of pessimistically trying to caution fans from getting their hopes up, let’s add more logs to the fire.

This is not about asking Pulisic to lead the United States to a World Cup. This is giving a country in need of excitement permission to enjoy the journey with Pulisic wherever it may lead.

The greats don’t need your caution. Our country is no stranger to young athletes soaking in all the hype, and taking their game to another level. Ask Kobe Bryant and LeBron James.

In a recent interview with the Los Angeles Times, Jozy Altidore reminded fans the highs and lows are part of the process.

“We have to make sure he [Pulisic] keeps working hard, keeps his feet on the ground,” Altidore told the Los Angeles Times. “Hopefully, everybody does a good job or just letting him be himself. Letting him play, let him fail, let him recover again so that he can understand what it’s like to be on both sides. Because it’s not always going to be a high.”

Count Pulisic’s two-goal performance against Trinidad and Tobago as one of those highs. When the lows come, it is not time to convince ourselves the sky is falling. This is when fans go back to the moments Pulisic has flashed as a reminder of his capabilities.

Pulisic is already a millionaire for Germany’s Borussia Dortmund where he makes a $1.14 million salary. He scored a total of six goals in 2016-17 for Dortmund including the various tournaments.

Pulisic’s impact goes beyond goals for the United States. With another year to go before the World Cup, the country could use a little soccer momentum after a tumultuous 2016.

Stop waiting for the other shoe to drop, America. Maybe the bridge will eventually collapse, but shouldn’t we at least have fun dancing on it until it does? 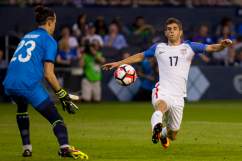