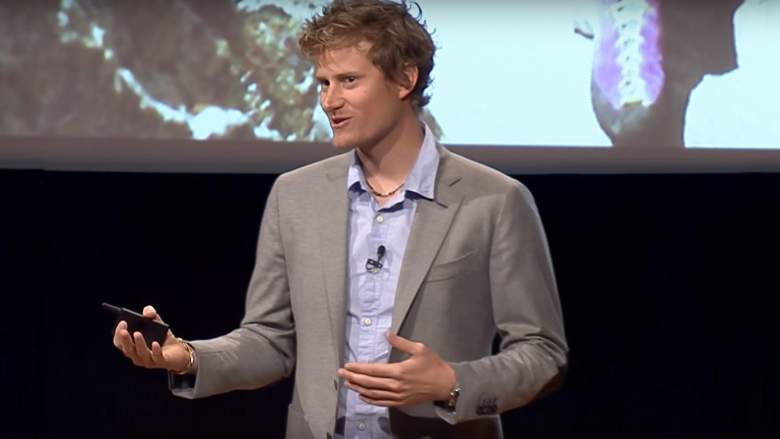 National Geographic photographer Cory Richards is one half of the Everest No Filter team with famed climber Adrian Bellinger. For the past two years, the two attempted to climb Mount Everest without the help of supplemental oxygen. Their 2017 journey to the top is the subject of the June 19 ESPN2 special SportsCenter Special: Everest No Filter.

Richards gained fame thanks to a selfie he took after surviving a grade 4 avalanche on Gasherbrum II in Pakistan. The image was on the cover of National Geographic and he became the magazine’s 2012 Adventurer of the Year.

In the 2016 trip, Richards succeeded in making it to the summit without extra oxygen, but the extremely cold temperatures forced Ballinger to turn back. The roles were reversed in the 2017 trip, although Richards reached the summit with extra oxygen. Richards and Ballinger chronicled their journey on Spachat using their EverestNoFilter account.

Here’s what you need to know about Richards.

1. Richards Survived a Near-Death Experience in 2012 at Mount Everest

Richards’ wife at the time, Olivia Hsu, told the Times-Call that Richards was then taken to Katmandu for further tests the next day. “At the elevation, you don’t want to take risks,” Hsu said. 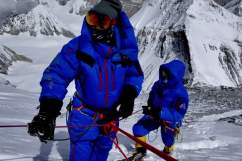 ‘SportsCenter Special: Everest No Filter’: What Time & Channel Is it On?

Richards was married to Olivia Hsu, a climber and yoga instructor. She was the first brand ambassador for Bronwen Jewelry.

She was initially perusing a law career, but she fell in love with yoga while attending the University of New South Wales. However, she decided she could make a better contribution to the world as a climber and yoga instructor.

In a 2016 lecture, according to The Chautauquan Daily, Richards revealed that the couple is now divorced.

They married in 2011, after he survived an avalanche on Gasherbrum II in Pakistan. Richards later learned that he was suffering from PTSD and he realized that he had become withdrawn from his relationships. After a 40-day trip in the Himalayas, Richards realized that his marriage was failing and they split. 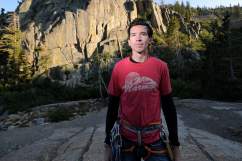 3. Richards Is a High School Dropout Who Used Photography as an Education Tool

Richards dropped out of high school and was homeless by the age of 14, according to his National Geographic bio. But he picked up an unconventional education through photography and observing the world around him.

Richards had a bright future at first. As he explained to National Geographic, Richards went to high school two years early. He was a 12 year old in the same building with 18 year olds. The following year, he started doing drugs and stopped going to class. His parents put him in a behavioral treatment center, which he called “horrible.”

“The place was horrible. I was there for eight months, and ultimately what I learned was not that I was a valuable young member of society but that I was inherently broken and I needed to be fixed. It’s because of that lesson that I ran away from rehab three times,” Richards explained to NatGeo. “And it was because of that toxic lesson that I learned, and still carry with me, that I’m somehow screwed up, always. I continue to fight that.”

He then spent years on the street, understanding “what humanity boils down to” and understanding those less fortunate. Years later, his friends, family and parents came back into his life and he realized how helpful climbing had become for him.

The 2011 avalanche that changed his life. He was diagnosed with PTSD and his life fell apart. Not only did he end his marriage, but he destroyed friendships. He turned to alcohol. But he’s gotten his life back on track through his climbing partnership with Ballinger and returning to Everest.

“Why do we need to look into our past? So we can start to understand where we thrive, and where we screw up,” Richards explained to NatGeo. “We are an exploitative species and if we exploit our resources too much, things tend to fall apart. When humans make mistakes, our mistakes are not just ours; they impact everything around us.” 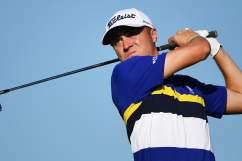 4. Richards Says He Relies on Ramen While Climbing

After the Avalanche: Life as an Adventure Photographer With PTSD (Part 1) | Nat Geo Live!After surviving an avalanche in 2011, photographer Cory Richard's world began to fall apart. Suffering from post-traumatic stress disorder, he found that the only escape from the struggles of daily life was the adrenaline rush of a good adventure. ➡ Subscribe: http://bit.ly/NatGeoSubscribe ➡ Watch all Nat Geo Live clips here: http://bit.ly/WatchNatGeoLive ➡ Get More Nat…2017-03-25T12:00:07.000Z

In a 2016 interview with GQ, Richards said his diet while mountain climbing usually consists of ramen and instant mashed potatoes. “I mix it in with the ramen, and it sounds disgusting but it’s f**king fantastic,” Richards told the magazine. He also said that you can’t eat anything dehydrated.

“It’s like any other sport where you want to push yourself as hard as you can — but in this case you are walking a very thin line between what your body can handle and what it can’t,” Richards explained to GQ in 2016. “You are in a place that is so inhospitable that you’re basically stealing time when you’re there. It reminds us of how finite we are.”

Richards also told the magazine that he will eat Clif Shots, almonds, nut butter and Stinger waffles for lunch. 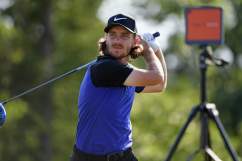 5. Richards Says Climbing Mount Everest With Oxygen After Going Without it Is Like Going From ‘Clark Kent to Superman’

Photo @celestesloman (check out her feed) // I generally avoid pictures of me on my own feed because I hope to make this little digital musing about photography and art. Plus, I throw up a little when I see pictures of myself and it leaves an acidic and gross taste in my mouth. But when an extremely talented photographer asks to shoot you, you kinda have to suck it up. @celestesloman is one of the grinders. She is one of the gifted, young, and hungry photographers of the world right now. Her style speaks to her personality…articulate, elegant, and holistic in its genuine lack of need for anything extraneous. There is complexity in her brevity and her photographs command the film plane as well as the viewer. At 25, she has shot for The Wall Street Journal, UN Women, Zeit Magazine and the Village Voice. I have no doubt that she is one of the future greats. Her passion for her subjects and the medium as a whole all but guarantee it. Thanks for this image of me @celestesloman Fun to spend time in your space. Thanks for seeing me.

For their 2017 climb up Mount Everest together, it was Richards who couldn’t quite make it all the way up Everest without extra oxygen. He still wanted to complete the climb though, so he had some supplemental oxygen for the last few meters while Ballinger struggled without it.

“Putting oxygen on – I climbed to 8,700 meters without it this time – is like going from Clark Kent to Superman,” Richards explained to Forbes. “It’s unbelievable the difference. The suffering I watched Adrian go through was monumental. It’s amazing how much somebody can endure. Being on oxygen at that point and watching Adrian those final few hours from above the second step to the summit was touching. I mean, I cried just watching it happen.”

In a post-climb CBS This Morning interview, the two friends said they did have to put ego aside to complete their journey this year.

“The decision to turn around and not do it was I think based on ego as well. ‘Well, I’ve done this without oxygen, I’m not going to do it with oxygen’ – which is silly, right?” Richards told CBS This Morning. “And then the opportunity arose, and I turned around, to be fair, like going from no oxygen to oxygen is like going from Clark Kent to Superman. It’s unbelievable.” 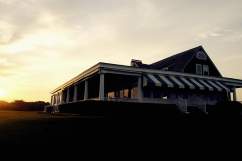