Hunter Greene, pitcher and shortstop from Notre Dame High School in Sherman Oaks, CA., is expected to be one of the top picks in the 2017 MLB Draft. He has been called the “most hyped high school prospect since Bryce Harper.”

The 6-foot-4, 210-pounder, has hit balls 450 feet, clear out of major league ballparks and is able to throw 102 mph, according to the SunSentinel.

Greene is projected to be picked as a pitcher, but has the skills to be a big-league shortstop.

Here’s what you need to know about Greene:

1. Green Could Be the First High School Right-Handed Pitcher Picked Number One 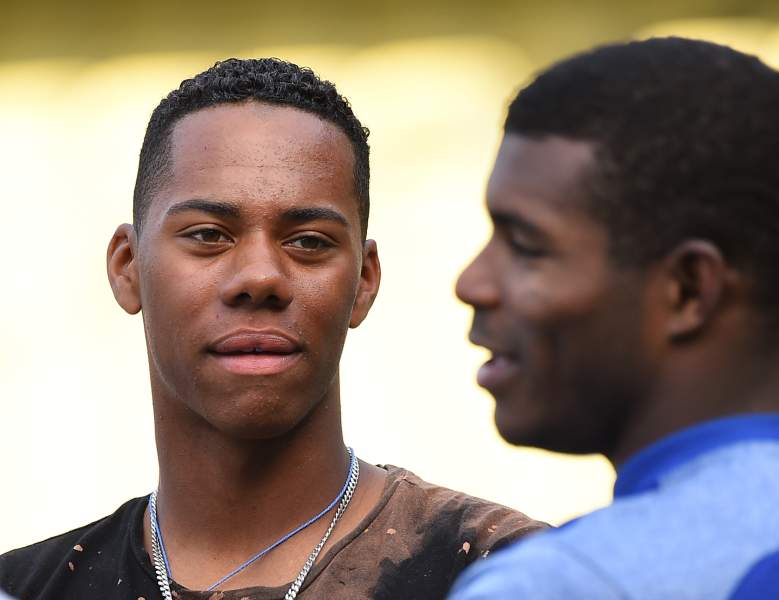 According to StarTribune, a high school right-handed pitcher has never been picked first since the draft started in 1965. The Twins have not yet tipped their hand, with five or six players still in the mix for their top selection. If the Twins pass on Greene, many outlets have said that the Cincinnati Reds will scoop him up with the second pick.

Green is only 17-years-old and doesn’t turn 18 until August. According to the Tribune, Greene started playing whiffle-ball with his father, Russell Greene, when Hunter was just three-years-old.

“His hand-eye coordination was ridiculous,” said Greene. “I wasn’t throwing strikes. I was throwing to his swing path. He was swinging where I was throwing.”

Green will be one of four players attending the draft. Unlike the NFL and NBA drafts, the MLB Draft doesn’t feature many players getting their on-stage moment when they are selected, according to SBNation.

2. Greene Has Been Scouted Since He Was Young 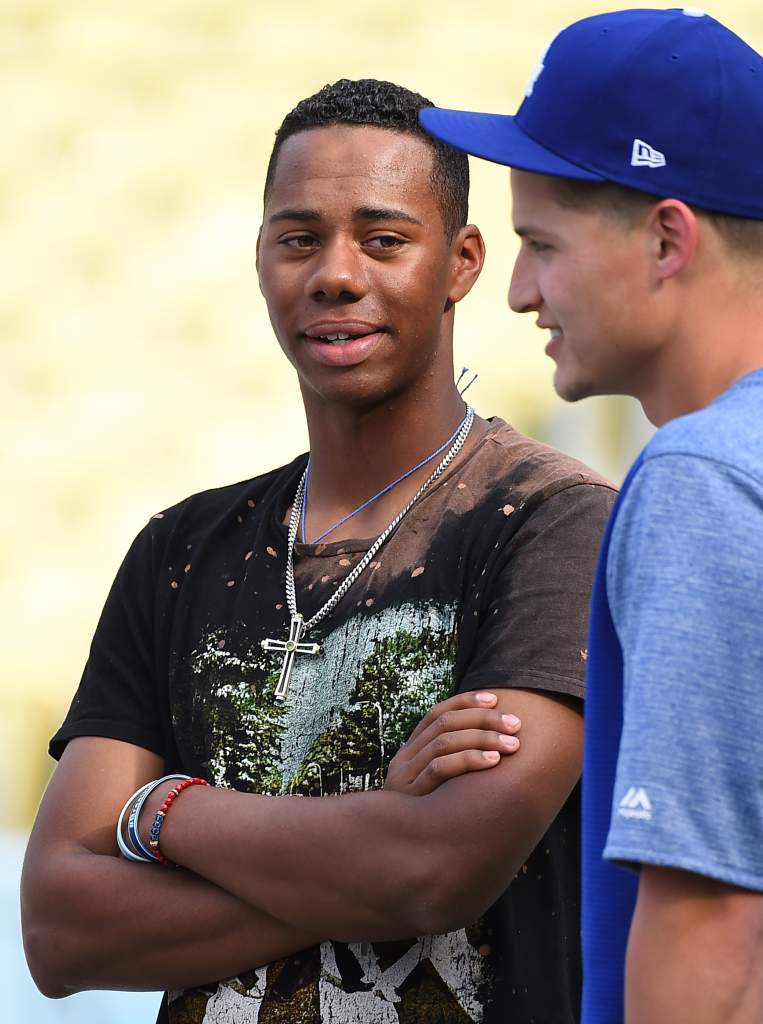 According to Sports Illustrated, the Dodgers’ area scout met him during a pitching lesson when he was nine, deeming his throwing mechanics flawless. Radar guns clocked him at 93 mph when he was 14, the same year UCLA and USC offered him scholarships, well aware that he probably wouldn’t ever step on campus because his draft stock was already so high.

Many see Greene as an elite pitcher, due to his 102 mile-per-hour fastball and overpowering blend of “stuff.” Some see him as a potential Mariners-era Alex Rodriguez, an artful defender with a slick glove and the ability to drive pitches, according to USA Today.

3. Greene Was a Standout at Notre Dame High School

Greene attended Notre Dame High School in Sherman Oaks, CA. It’s the same school that Miami Marlin’s slugger Giancarlo Stanton graduated from in 2007. Stanton was picked in the second round, 76th overall, by the Marlins in 2007. Stanton, who has met Greene, spoke to SunSentinel about Greene’s popularity:

“Usually you have that type of popularity with college, when you’re walking around a college campus,” said Stanton. “I don’t know how that is. [When] you’re like that in high school it’s a whole ’nother level.”

At 15, Greene was the state player of the year and a centerpiece of the U.S. 18-and-under national team.

4. Greene Has a Wide Variety of Interests 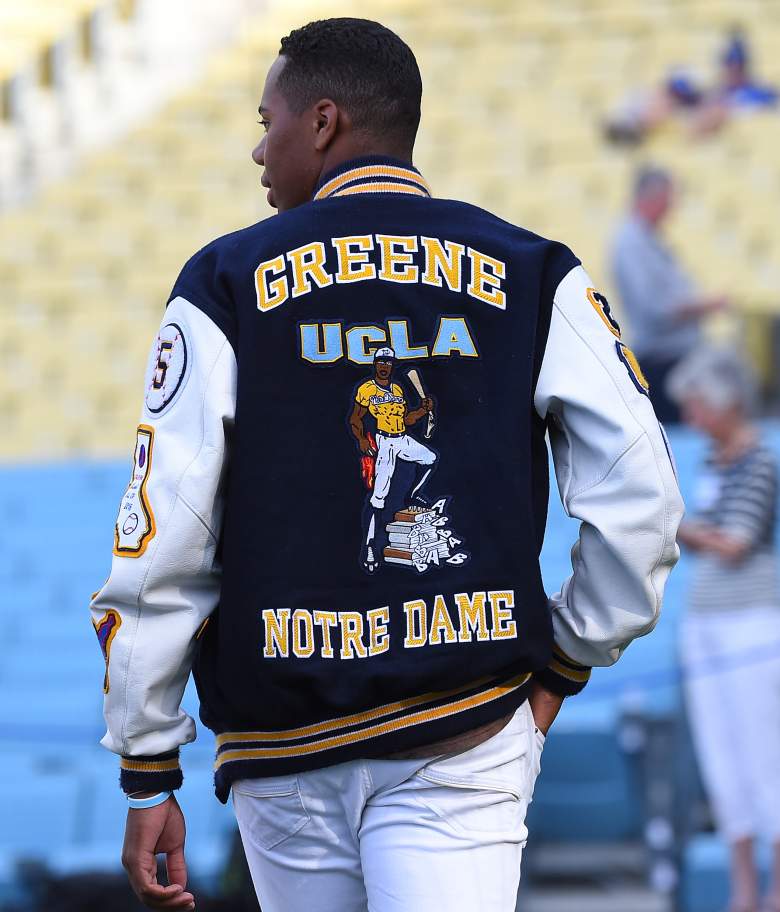 Greene is anything but your typical high-schooler, baseball skills aside. He plays the violin, and listens to hip-hip, according to Sports Illustrated.

Greene is learning how to speak Korean and does yoga with a private instructor three times a week. He spends free periods painting with Joseph Lee, his AP studio art teacher, and also likes to fish at Castaic Lake, according to SI.

He organized a sock drive this winter for the homeless in downtown Los Angeles, where he handed out 2,300 pairs on Skid Row. He has received four certificates of recognition from L.A.-area politicians for his community service efforts.

According to SI, he started wearing Jackie Robinson’s number 42 at a young age, and won an essay contest when he was 13-years-old. His win granted him a meeting with Robinson’s daughter, Sharon.

Russel Greene is a renowned private investigator who handled famous attorney Johnnie Cochran’s cases for two decades, starting at the end of the O.J Simpson murder trial, according to Sports Illustrated. According to SI, his specialty is violent crime, and he carries a gun for when he arrives at homicide scenes moments after police.

His clients include the Kardashians, Kanye West, Justin Bieber and Reggie Bush. According to Sports Illustrated, both NBC and CBS have asked him to star in reality shows about his life as a private investigator. 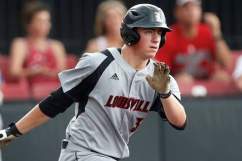