Jack McCloskey, the general manager of the Detroit Pistons from 1979 to 1992, has passed away. According to Bleacher Report, McCloskey died on Thursday afternoon in Savannah, Georgia, at the age of 91.

But how exactly did he die?

While an official statement has yet to be made, it appears that McCloskey death was the result of the Alzheimer’s Disease that he was diagnosed with earlier in the year. In an interview with the Detroit Free Press, McCloskey’s wife Leslie revealed that he had been staying at Insignia Personal Care Home, a facility in Savannah that caters to Alzheimer’s and dementia patients. She spoke on his condition as recently as last month:

“He has his good days and not so good days. Some days he’s very happy and talks to everybody. Then some days he’s just very tired. You never know. He’s not really eating a lot. I go over every day. Today I took a bunch of food from home to see if I could make him eat that. He’s doing pretty well. He’s in a really good place. He was starting to get really bad at home, and I couldn’t take care of him anymore because he was falling.”

Leslie noted that the facility was “very nice, and he gets a lot of care.” She added that McCloskey’s memories, while waning in his final days, were still vivid when it came to his GM days in Detroit: “We always talk about it and a couple of the guys here, a guy named Jarvis, are here at night and they’ve watched 30 for 30 (by ESPN) a couple of times. They’re all really interested… Of course he has the most interesting life of any of them.”

Most interesting indeed. McCloskey served as a lieutenant for the Marines during WWII, and upon returning back to the states, served as the head basketball coach of the University of Pennsylvania from 1956 to 1966. Following this, he was the head coach for the Portland Trail Blazers for two years, as well as an assistant coaching with the Los Angeles Lakers. McCloskey’s greatest success would come, however, when he was appointed general manager of the Detroit Pistons in 1979.

He led the Pistons to nine consecutive playoff appearances between 1984 and 1992, five consecutive trips to the Eastern Conference Finals, and two NBA titles in 1989 and 1990. According to WXYZ, he was also responsible for drafting players like Dennis Rodman, Joe Dumars, John Salley and Isiah Thomas.

In 2008, the Pistons honored McCloskey, affectionally nicknamed “Trader Jack,” with a retirement celebration that saw his name added to the rafters of their stadium. Watch the ceremony below.

The Pistons, as well as the rest of the NBA, have taken to social media to honor “Trader Jack,” who remains one of the greatest general managers in basketball history.

We mourn the loss of legendary GM Jack McCloskey, the architect of the Bad Boys teams, who passed away today: https://t.co/eQprz2HkZI pic.twitter.com/hp3BXYoFzN

The Toronto Raptors mourn the loss of long-time @NBA executive Jack McCloskey, who served as interim GM in 2004. pic.twitter.com/fADmVeeQd7

RIP to the architect of the Bad Boys and one of Detroit’s all-time greats. Condolences to the @detroitpistons family https://t.co/ylUUzVLl53 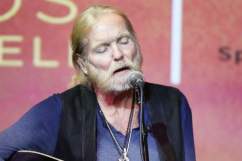 Gregg Allman Cause of Death: How Did the Rock Icon Die?