Florida State freshman Jonathan Isaac is one of the most highly-touted prospects in the 2017 NBA draft. In many mock drafts, he’s gone either with the No. 3 pick to the Boston Celtics or No. 4 to the Phoenix Suns and is a player who can get it done on both ends of the floor. In his lone season with the Seminoles, Isaac averaged 12 points, 7.8 rebounds, 1.5 blocks, 1.2 steals and 1.2 assists per game. He also made 59.3 percent of his shots from the field.

Here’s a look at five facts to know about one of the NBA’s next rising stars.

1. Isaac Will Be One of the Highest-Drafted FSU Players in History

With rumblings that the Boston Celtics could be interested in Isaac with the No. 3 pick in the draft, via Telegram.com, it would make him the highest-drafted Seminole player in history. Previously, this was an accomplishment held by Dave Cowens, who was picked No. 4 overall in 1970, interestingly by the Celtics. The next closest to him was George McCloud, who was selected No. 7 overall by the Pacers in the 1989 draft.

At the very least, Isaac should wind up being the second or third-highest FSU player drafted, as the drop-off after McCloud goes to Al Thornton, who was picked No. 14 overall by the Clippers in 2007.

2. He Had Offers From 29 Schools in High School

There was no shortage of interest in the FSU star coming out of high school. As 247Sports pointed out, Isaac received a monster number of offers coming out of IMG Academy. If it wasn’t impressive enough that he received 29 offers, the fact that they included schools like FSU, Kentucky, Louisville, Florida, Michigan, Virginia and Wisconsin is impressive in its own right.

In the end, Isaac’s decision to stick with the Seminoles seemed to be an easy one, as he only visited Florida State out of every school out there, according to the list. He officially committed to Florida State on July 6, 2015.

3. Isaac Nearly Went Straight From High School to the NBA

Back in February of 2016, Sports Illustrated’s Pete Thamel reported that Isaac stated in a phone interview that he was expecting to enter the NBA draft and potentially return to college if he didn’t feel good about his draft spot. Isaac, who was widely considered as one of the top 10 or 15 prospects in last year’s draft, obviously opted to go to Florida State for a season instead, but he at least had the option.

The reason behind his potential jump straight to the NBA is because he started high school in 2011, which made him one year removed from his graduating class, as Thamel explained. In the end, as USA Today High School Sports reported, he chose to go to Florida State because he wasn’t physically ready for the NBA yet.

Fortunately for the Seminoles, they were able to get a season out of Isaac, and now his stock is higher than ever as he’s expected to be one of the top picks on draft night.

When a player is 6-foot-11, can play excellent defense and has a solid offensive game, there’s no question the hype is going to swirling around him. Isaac, who can also knock down 3-pointers and has a ton of untapped potential, still had massive expectations coming out of high school. In ESPN’s 100 from the class of 2016, Isaac ranked as the No. 12 overall prospect and the No. 4 player at his position. He also was the top-ranked player in the state of Florida.

While No. 12 is high, it’s also worth noting that he had some serious competition at the top. The top of that class included (in order), Harry Giles, Josh Jackson, Jayson Tatum, Lonzo Ball, Bam Adebayo, De’Aaron Fox, Markelle Fultz, Miles Bridges, Malik Monk and Frank Jackson. That’s a whole lot of freshman talent in one class.

5. He Has a Huge Family With Five Siblings

While Isaac’s on-court accomplishments are impressive, he’s had quite the ride off the court as well. In a story reported by USA Today’s Michael Hudak, Isaac’s mother Jackie, or one of his five siblings is usually sending some love his way before a game. Back when he was 10 years old, his mother moved his whole family out of an unsafe living environment in the Bronx, taking them to Naples, Florida. This is where Isaac wound up really getting into basketball.

Hudak writes about how a bond between Isaac and his older brother, Jacob, helped to create the type of love for basketball that Jonathan has today. To go along with an older brother Jacob, he also has another older brother (Joel), an older sister (Kalilah) and two younger brothers (Winston and Jeremiah). The team’s official website explains that one of Isaac’s biggest influences is his mother. 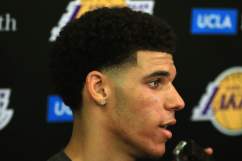