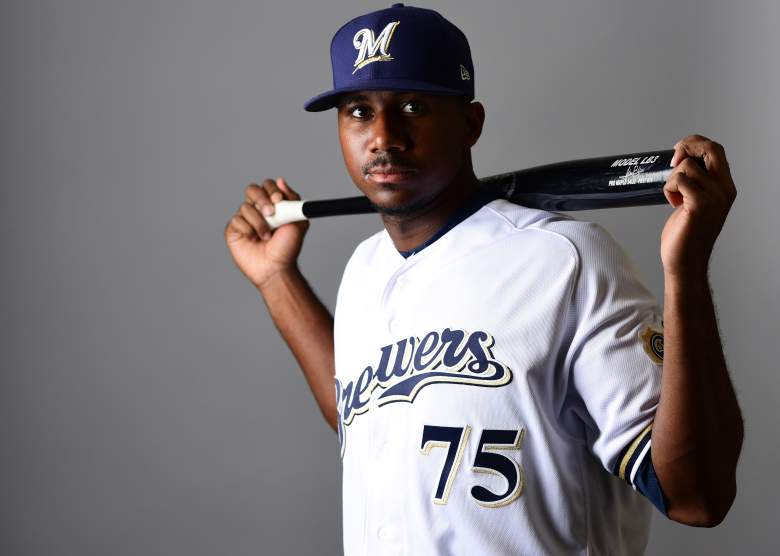 Lewis Brinson, the Milwaukee Brewer’s top-prospect, is scheduled to make his MLB debut today when the Brewers play the Arizona Diamondbacks. The highly-touted outfielder was called up from Triple-A yesterday, after the Brewers placed infielder Jonathan Villar on the 10-day disabled list.

Brinson is scheduled to bat leadoff and play left field.

Brinson takes the place of long-time Brewers’ left fielder Ryan Braun, who is on the disabled list with a calf injury.

Here’s what you need to know about the 23-year-old MLB rookie: 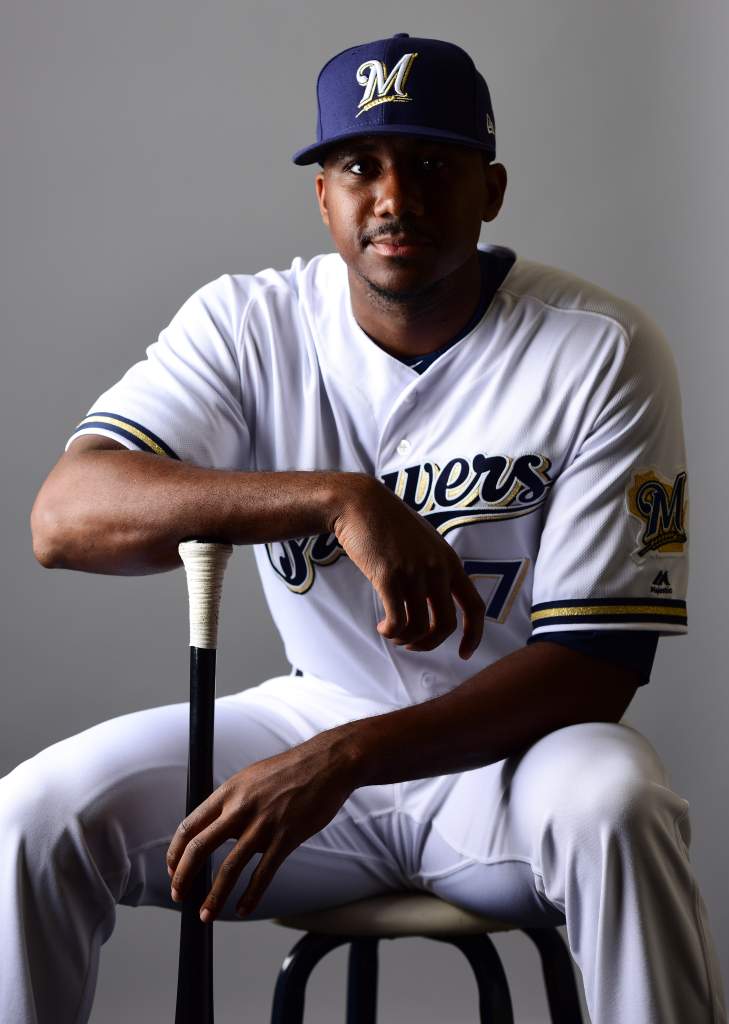 The Texas Rangers selected Brinson with the 29th pick in the first round of the 2012 Major League Baseball draft. Brinson received a $1.625 million signing bonus.

2. Brinson Came to The Brewers In The Jonathan Lucroy Trade 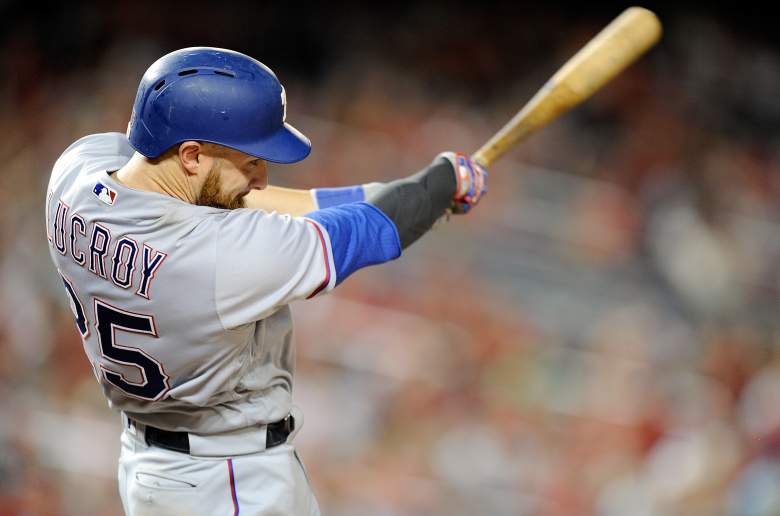 Brinson came to the Brewers as the centerpiece in the Aug. 2016 trade that sent catcher Jonathan Lucroy to the Texas Rangers. The Brewers sent Lucroy and reliever Jeremy Jeffress to Texas in exchange for Brinson, right-hander Luis Ortiz and a player to be named later.

Third basemen/outfielder Ryan Cordell ended up being the final player that Milwaukee received in the trade. Ortiz is the Brewers’ 4th-ranked prospect and Cordell 16th. Cordell is batting .294/.363/.518/.882 with 9 home runs and 39 RBIs for Triple-A Colorado Springs. Ortiz is 3-3 with a 3.02 ERA and 49 strike outs in 53.2 innings for Double-A Biloxi.

3. Brinson Has Been Tearing Up Pitching In The Minors 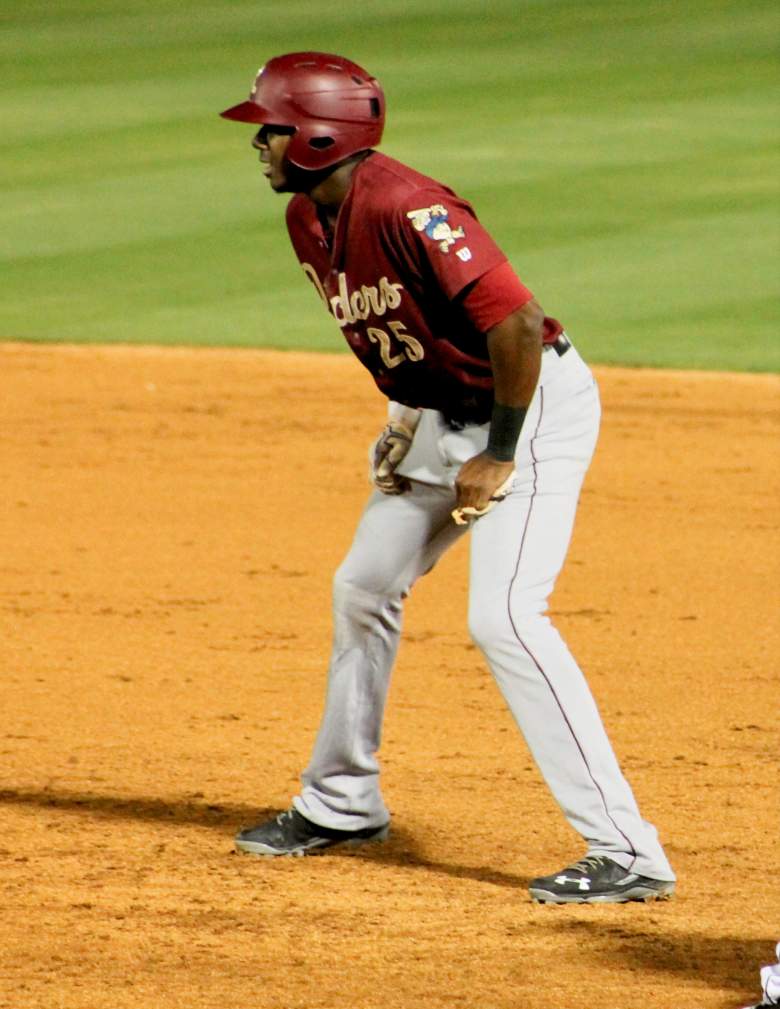 Lewis Brinson with Frisco By EricEnfermero (via Wikimedia Commons

4. Fantasy Baseball Experts Have Already Made Projections For Brinson

According to CBS Sports, Prior to the season, Brinson was ranked as the 12th best prospect in baseball by Baseball Prospectus. Baseball America had him at No. 20 while MLB.com had him 13th. He’s a consensus top-20 prospect.

MLB.com said of Brinson, “Few players in the Minors can match Brinson’s power and speed ceiling, the combination of which could make him a 30-homer/30-steal threat at maturity.”

5. Brinson Is The Third Brewers’ Top 30 Prospect Called Up In The Last Week

The 1st wave of prospects are now in the big leagues! @lanegrindle looks at the promising future of the #Brewers at https://t.co/9CjBjXkzGm! pic.twitter.com/alO6z0uSZO

The Brewers called up both pitcher Josh Hader and outfielder Brett Phillips from Triple-A earlier in the week. the trio of Brinson, Phillips and Hader were a big reason the Triple-a Colorado Springs Sky Sox have a three game lead in their division.

Hader pitched a scoreless inning of relief with 1 strikeout in his MLB debut on Saturday against the Arizona Diamondbacks. He went 3-4 with a 5.37 ERA and stuck out 51 batters in 52 innings with the Sky Sox.

Brinson was robbed of a hit by SS Nick Ahmed in his first MLB at-bat.  He singled and stole a base in his second at-bat.

.@LewisBrinson was ROBBED of a hit in his first @MLB at-bat!