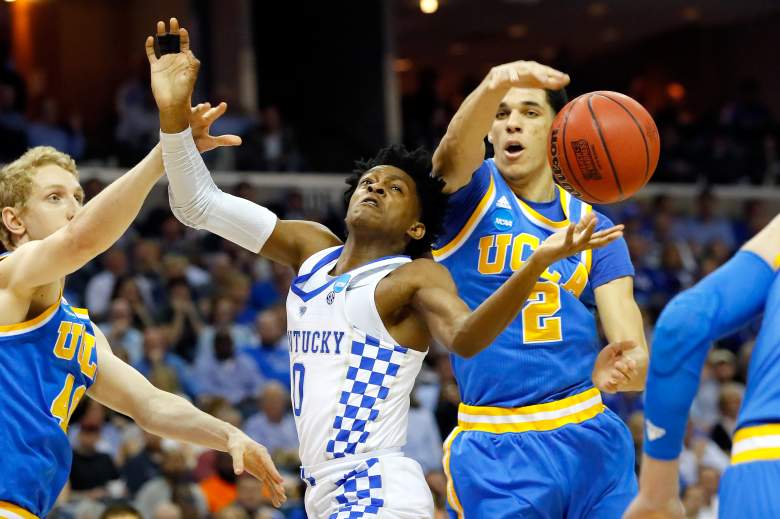 Heading into the 2017 NBA Draft, the majority of comparisons that have been made involve the consensus number 1 pick Markelle Fultz and the consensus number 2 pick Lonzo Ball. Finding similarities and differences between the two point guards is certainly informative, but it might not be nearly as entertaining as it is when you compare Ball with another highly regarded point guard. Kentucky’s De’Aaron Fox is one of the wildcards projected to go in the top 10. Neither Fox nor his father have been shy when it comes to commenting on Ball.

Nearly every mock draft out there has Ball going to the Lakers at 2. If they don’t, they’re probably messing with you or still pitching “yeah, but what if” propositions. It’s too late in the game for that. Ball is going to the Lakers. This was all but confirmed when the Lakers sent point guard D’Angelo Russell, their top in the pick in the draft only a few years ago, to the Brooklyn Nets earlier in the week, seemingly clearing the way for Ball. Up to that point, any hesitation in saying with any certainty that Ball to the Lakers was a lock was due to the existence of Russell on the team’s roster. Now that hesitation has been thrown out the window. 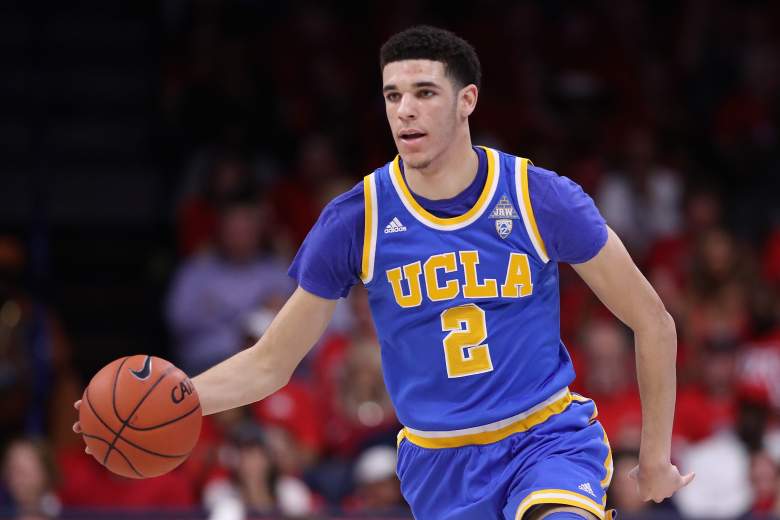 Fox meanwhile comes with more questions about his future than Ball. The majority of mock drafts, including our own here at Heavy, as well as The Ringer, Sports Illustrated, Bleacher Report and NBA.com have Fox going three spots after Ball to the Sacramento Kings with the fifth pick. On Wednesday’s Bill Simmons Podcast, Kevin O’Connor of The Ringer suggested the Kings look elsewhere at five and grab a point guard with their next pick at 10. That suggestion was prefaced with a disclaimer that this was the Kings we are talking about and if the Kings are known for doing anything, it’s for doing stuff that defies reason.

Ball and Fox’s playing style couldn’t be more different, despite them playing the same position. Ball is a polished floor general and a prolific passer who is able to make his team better, something shown during his one year at UCLA where the team shot 52.2%. Fox plays with more speed and intensity and while that makes him the better defensive player, he’s more inconsistent than Ball on the offensive end of the floor. During the 2016-17, Fox had an assist percentage of 28.6%, lower than any other point guard projected to go in the first round. 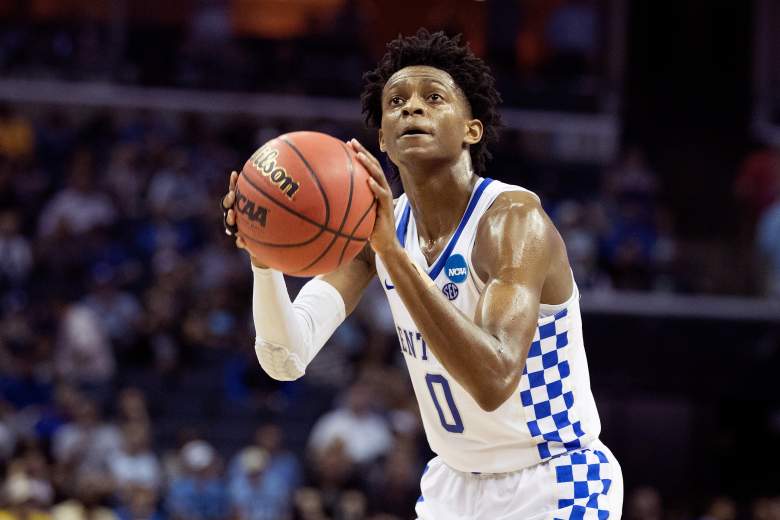 The bottom line? You draft Lonzo Ball and you know exactly what you’re getting. You draft Fox though? It’s a little harder to say, but if anything, there’s something to be said for drafting an unsure commodity with raw skills and natural ability.

What makes comparisons between Ball and Fox so interesting though is the back and forth that has gone on between each player’s camp. Dating back to their first time playing together in college, there has been no shortage of quotes from one side about the other, thanks largely to Ball’s outspoken and controversial father LaVar Ball. Not to be outdone, Fox’s father has fired some shots of his own, making this rivalry interesting and entertaining both on and off the court.

Here’s what you need to know about Lonzo Ball vs. De’Aaron Fox.

1. They First Played Against Each Other in a Regular Season Game in December 2016 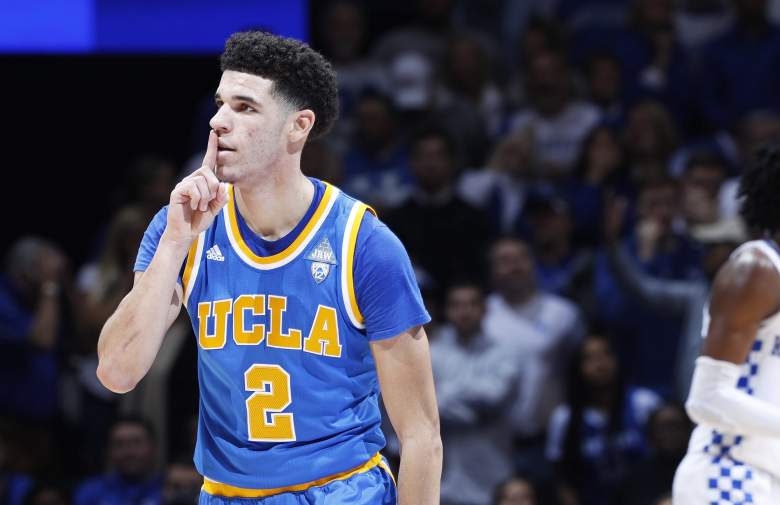 The two point guards first squared off in December of 2016 when Ball’s UCLA team traveled to Lexington to play Fox’s Kentucky squad. UCLA was 8-0 coming into the game, Kentucky was 7-0. The match-up between Fox and Ball made the game between two of the game’s most storied and famous programs even more anticipated than usual.

Neither team disappointed and in the end, UCLA was able to escape with a 97-92 victory. Individually though, Fox seemed to come out ahead, finishing with 20 points, 9 assists and 1 turnover, compared to Ball’s posting a line of 14 points, 7 assists and 6 turnovers.

Kenny Payne, the associate head coach for the Wildcats, later said that despite some growing pains by Fox, they were pleased with his play.

“From a Kentucky coaches’ standpoint, who’s coaching the kid, we saw that he was better,” Payne said. “He fought. He got down in a stance, and he turned the guy a couple of times. He got rebounds.”

Payne added that ultimately he felt that Fox wasn’t himself in the game and that he was too focuses and consumed with wanting to go toe-to-toe with Ball. 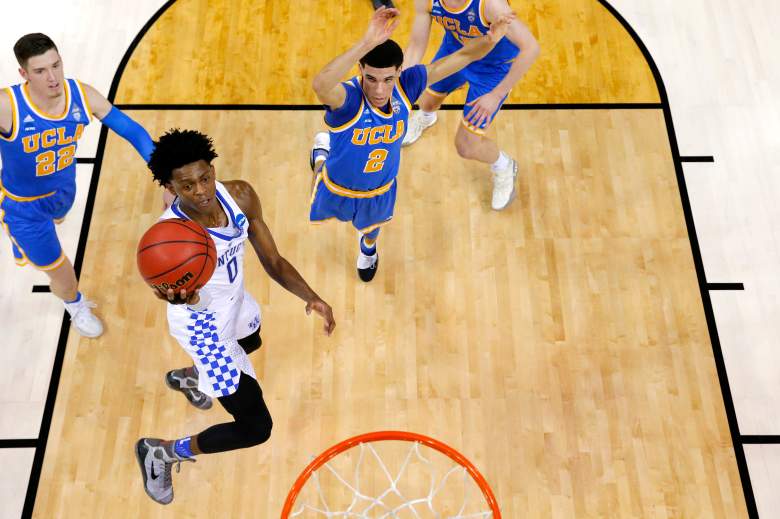 The second time Ball and Fox played each other the stakes were significantly higher – a national championship was at stake. Ball’s Bruins, a 3 seed in the 2017 NCAA Men’s Basketball Tournament, were looking to upset Kentucky, a 2 seed in the South Bracket’s Regional Semifinal. Once again the game was seen as a showcase between Ball and Fox, with slightly more attention being paid to Ball, who at the time was being considered the top pick in the 2017 draft.

Fox put a damper on the hype though and in Kentucky’s 86-75 win he went off. Fox scored 39 points, having scored 15 by halftime. In addition he had 9 assists and 2 turnovers. Perhaps most impressively though was his defense on Ball, who was held to 10 points, 8 assists and 4 turnovers. Fox’s passion and intensity was only magnified by the lack of each demonstrated by Ball, who looked as if he had raised the white flag halfway through the second quarter. Ball raised eyebrows when he immediately declared for the draft following the game, but not so much when he admitted that he had been outplayed by Fox that night.

UCLA’s Bryce Alford was signing the praises of Fox following the game, saying that the Kentucky star was “just phenomenal.”

“It’s tough to stop a guy who has as good a mid-range game as he does,” said the UCLA guard. “That’s a lost art in college basketball, and it’s very hard to stop.”

One of Fox’s own coaches was equally impressed with Fox’s performance, noticing a difference between the player’s performance in the second game compared to the first.

Kentucky would go on to lose to North Carolina, the eventual champion, in the next game, 75-73.

3. Each Players’ Dads Have Traded Shots at the Other’s Son in the Media 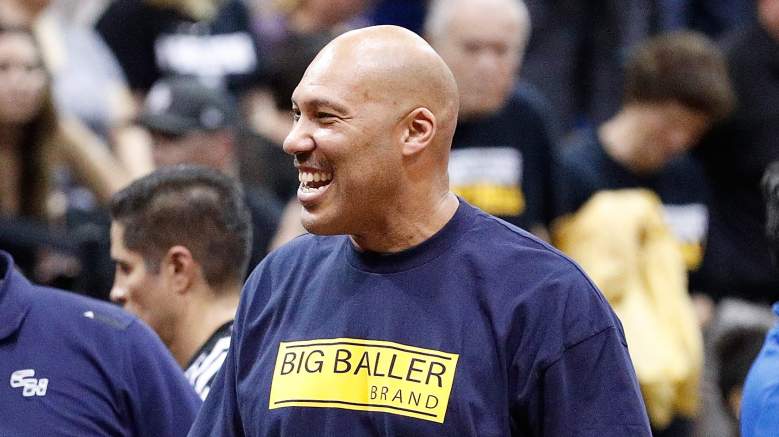 You can’t talk about Lonzo Ball without talking about his outspoken father LaVar Ball. It’s literally impossible. The elder Ball’s vocal championing of his son is only made louder by the relatively quiet and muted demeanor of his son. But you have to think that even if Lonzo was a talker, his dad would still be the loudest Ball in the room.

LaVar Ball hasn’t been shy about squashing any possible comparisons between his son and Fox. After the game in December he said that he wasn’t sure he’d take Fox with one of the first picks, saying he’d prefer someone who was “a bigger, stronger guy.”

“He (Fox) can’t mess with Zo,” Ball said. “You can have 40 points and Lonzo can have two points and make the game winner, and I’m going with him. You had more points, but look at who won the game. I guess [Fox] really didn’t outplay him. It’s a team sport. All my boy is worried about is his team winning.”

“They came up short, but one game doesn’t define his season,” Ball told ESPN.com. “No one is going to take De’Aaron Fox over him (Lonzo) because of one game. It’s about your body of work, and people know what he can do.”

Ball might have a point, but that doesn’t mean people are going to agree with him, certainly not Aaron Fox, De’Aaron’s father. Aaron Fox had been largely silent on the debate between his son and Ball, but in a piece published by Bleacher Report on Tuesday, he responded in the most protective Dad way imaginable.

“My son already ate his ass up twice,” Aaron Fox says of Lonzo Ball. “[LaVar] can say what he wants to say. I just tell him to go back and watch the film. That’s it. All that yap, yap, yapping, I don’t even got to respond to that. We played them twice. Twice his son got outplayed. I always tell [De’Aaron], let your game speak for it. You ain’t got to talk. You ain’t got to fuss.”

As of Thursday afternoon, LaVar Ball had yet to respond, something that is a little surprising. I’d say give it some time though.

4. Fox and Ball Have Mostly Kept Quiet About Each Other’s NBA Future 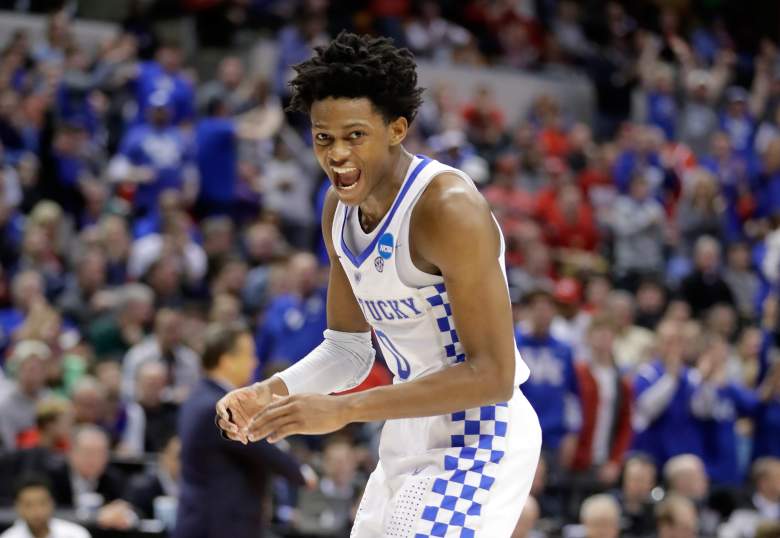 Ball has largely let his father do the talking when it comes to how Lonzo stacks up against the other players in the draft or in the entire history of the league in some cases. The majority of things Ball has said himself has been about sleep, about the Lakers, about LeBron James possibly joining the Lakers and not much else.

Fox on the other hand, has been down to discuss the potential Laker, saying mainly that they knew of each other in high school, but Fox didn’t know anything about Lavar Ball.

“I’d never seen his dad before,” Fox said. “He went crazy this year. I guess when your son a lottery pick, that gives you a lot of confidence.”

Fox also agrees with a former Kentucky stand-out, John Wall of the Washington Wizards, who recently said that given the hype surrounding Ball, there will be a target on him once he gets into the league. If you ask Fox, LaVar Ball is the one who put that target there with all of the talking he’s done.

5. Both Fox and Ball’s Parents Were Athletes in College

Fox was born in New Orleans, but was raised in Houston. Ball on the other hand was born and raised in Anaheim, California. Yet despite being raised in different areas of the country, the two players do have one thing in the common – both of their parents were athletes.

Never would've thought one day I'd be able to say I got my jersey retired! Thank you to my old middle school (Thornton Middle School) it's truly a blessing‼️ #shhh

Aaron Fox played football at Fort Hays State, while his wife, Lorraine, played basketball at Arkansas Little-Rock. Ball’s parents, LaVar and Tina, both played basketball in college, with LaVar starting at Washington State before transferring to Cal State Los Angeles, where Tina played. LaVar also played football and after college played for the London Monarchs in the World League of American Football, which would later be known as NFL Europe.