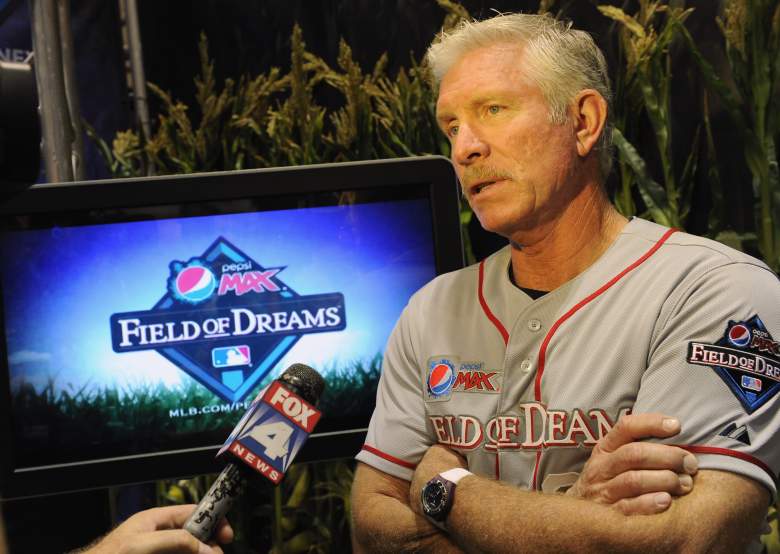 Philadelphia Phillies Hall of Famer Mike Schmidt is receiving criticism for comments made about outfielder Odubel Herrera and the “language barrier” he faces. (Getty)

Baseball Hall of Famer Mike Schmidt is in a bit of hot water after a radio interview he gave on Tuesday in which he said the Philadelphia Phillies could not build around outfielder Odubel Herrera because of a “language barrier.”

Schmidt, appearing on SportsRadio 94 WIP, was asked about the Venezuelan-born Herrera and his ability to lead a team.

“First of all, it’s a language barrier. Because of that, I think he can’t be a guy that would sort of sit in a circle with four, five American players and talk about the game. Or try and learn about the game or discuss the inner workings of the game. Or come over to a guy and say, ‘Man, you gotta run that ball out,” Schmidt said.

Schmidt went on to say, “Now, I truly think he can hit second or first on a championship team. There’s no question about that.”

It’s legitimate to ask whether Odubel Herrera is good enough for Phillies to build around. But “the language barrier” cited by Mike Schmidt…

…has no place in the discussion, and not simply because Herrera speaks English. Latin players are leaders on many clubs. A partial list:

Herrera, prior to Tuesday’s game against Atlanta, was asked about Schmidt’s comments and told reporters that Schmidt called him personally to apologize.

Schmidt also issued a statement following the outcry, saying “I’m very sorry that this misrepresentation of my answer occurred and may have offended someone. I assure everyone I had no intention of that.”

Here’s the full statement from Schmidt:

Angelo Cataldi, who hosts the morning show on WIP, said in no way were Schmidt’s comments racist:

Mike Schmidt did NOT make a racial comment about Odubel Herrera on our show today. He was talking about a language barrier. That's all.

Back in 2015, Schmidt called a throw home made by Phillies pitcher Luis Garcia “girlish”.