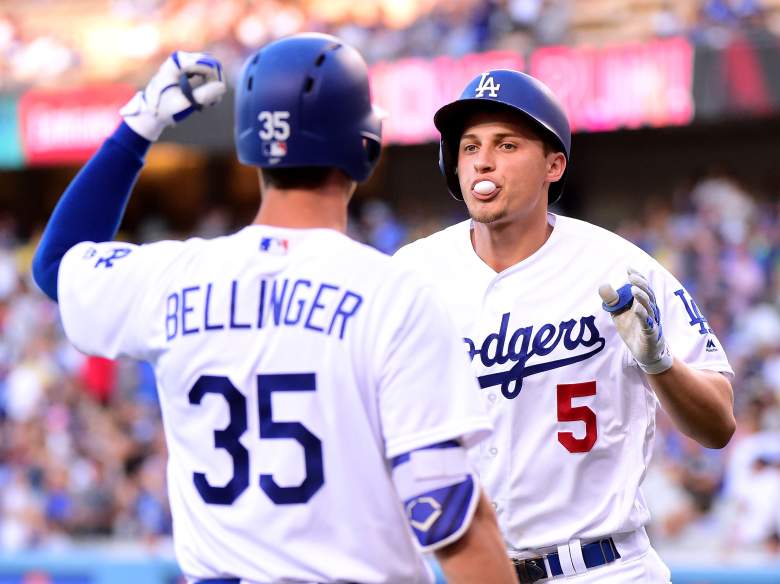 The Los Angeles Dodgers, winners of nine-straight, have knocked the Houston Astros out of the top spot on Heavy’s MLB power rankings for the first time since week 5. The Dodgers are an impressive 17-5 in July, and rookie Cody Bellinger became the first rookie in MLB history to hit ten home runs in ten games.

The Astros, Diamondbacks, Rockies and Nationals round out the top five this week. The Boston Red Sox move past the New York Yankees and the Milwaukee Brewers are in danger of falling out of the top 10 and losing their division lead to the Chicago Cubs. 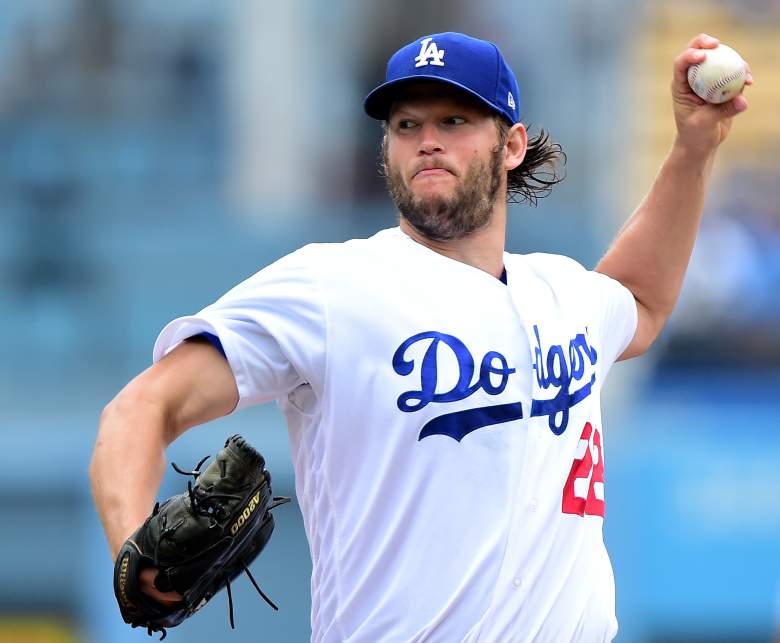 Outlook: The new leaders of Heavy’s power rankings are on quite a roll. The Dodgers won all seven of their games last week and Cody Bellinger became the fastest player to reach 22 home runs in MLB history. Bellinger accomplished the feat in just his 52nd game. The previous record belonged to Wally Berger, who hit 22 in his first 56 games for the Boston Braves in 1930.

The Dodgers got two wins from Clayton Kershaw last week, despite him not having his best stuff against the Mets on Tuesday. Kershaw leads the N.L. in wins and innings pitched. He is second in strikeouts and ERA. The Dodgers look to make it ten-straight wins, against the Rockies on Sunday. Brandon McCarthy takes the mound for the Dodgers. 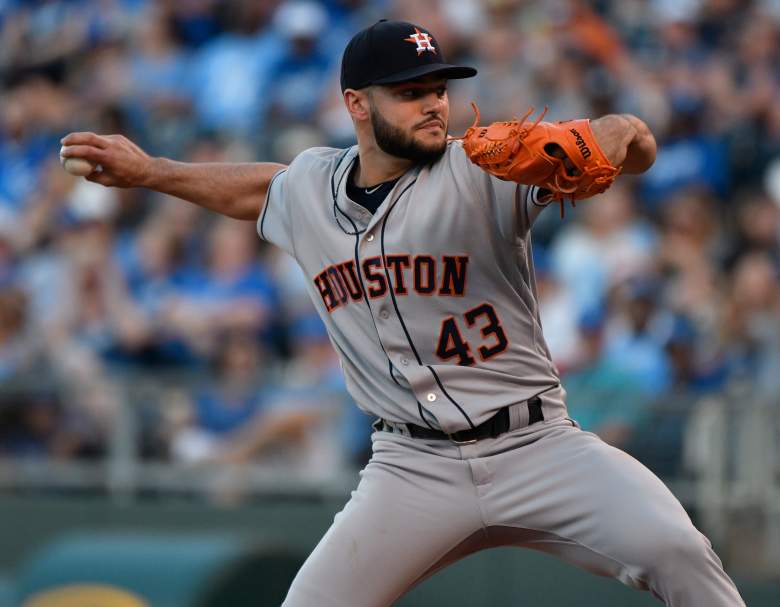 Lance McCullers Jr. was impressive in his return on Saturday night against the Seattle Mariners (Getty)

Outlook: The Astros were happy to get Lance McCullers, Jr. back from the D.L. McCullers only gave up one run and stuck out eight of five innings. Unfortunately for the Astros, Dallas Keuchel has still not returned. Keuchel has begun throwing again, but the Astros have not set a date for his return. The Astros went 5-2 last week and have a commanding 12.5 game lead in the A.L. West.

Mike Fiers has been very good for the Astros while they have dealt with several injuries to the pitching staff. Fiers has given up just six earned runs in his last five starts. The Astros still lead the league in runs scored (416) and run differential (+113). 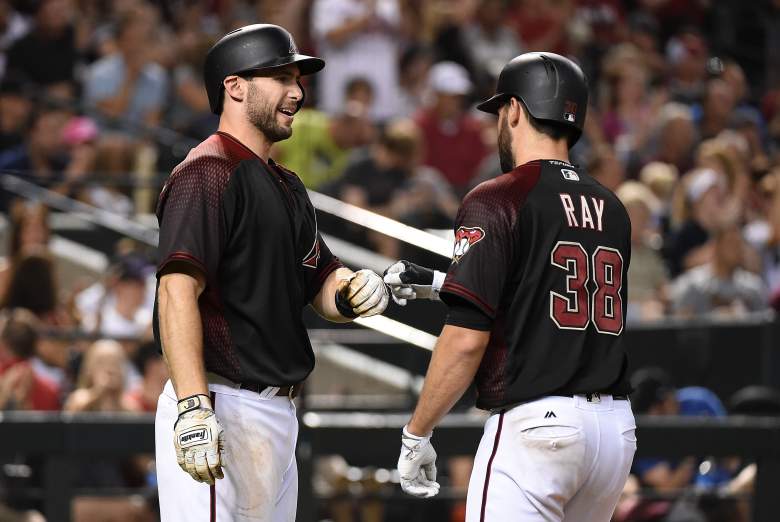 Paul Goldschmidt and Robbie Ray have led the Diamondbacks to the third-best record in MLB.

Outlook: The Diamondbacks went 4-2 last week and move up a spot in the rankings. They boast the third-best record in MLB. If voting was done today, Paul Goldschmidt would be the unquestioned N.L. MVP. Goldschmidt leads the N.L in RBI, runs, OPS and WAR.

Robbie Ray, despite struggling last week against the Phillies, is third in the N.L. in wins, strikeouts and walks. He has the fourth-best ERA in the league. The Diamondbacks get two starts from Zack Grienke this week. Grienke is seventh in the N.L in innings and sixth in strike outs. 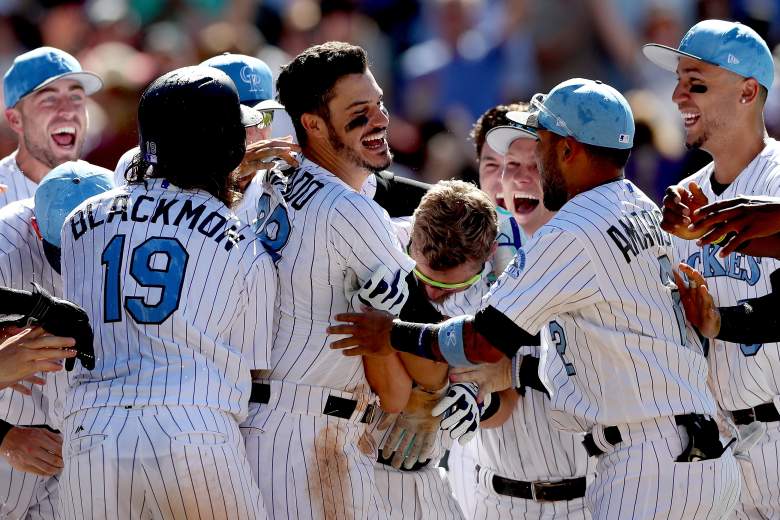 Outlook: The Rockies went 2-4 last week and drop two spots in the rankings. The Rockies lost two of three to the Diamondbacks and lost the first two games of their three-game series with the Dodgers, sending them back to third place in the N.L. West.

Nolan Arenado hit a dramatic three-run walk-off home run last Sunday to complete his cycle. Arenado is having a monster June, batting .341 with 3 home runs, 25 RBI and .980 OPS. The Rockies play the Giants on ESPN on Monday night. 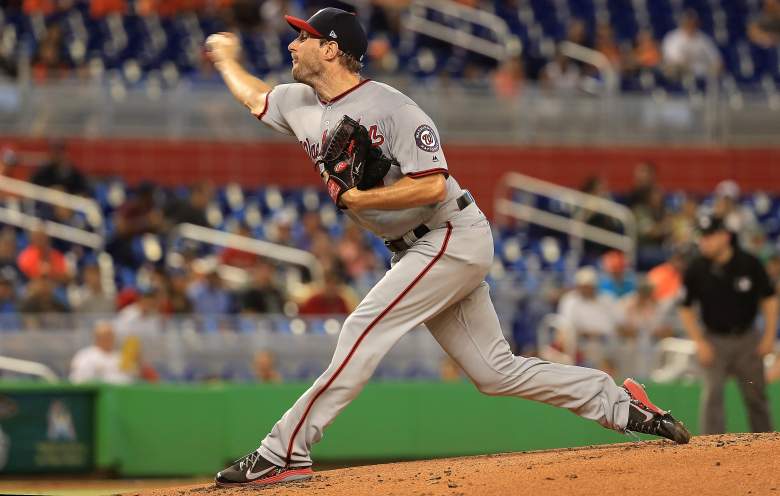 Max Scherzer has been lights-out for the Washington Nationals (Getty)

Outlook: The Nationals hold the five spot after going 3-3 last week. Max Scherzer was a tough-luck loser on Wednesday against the Marlins. Scherzer gave up two unearned runs and struck out eleven in eight innings. Scherzer ranks first in the N.L. in strikeouts, ERA, WHIP and complete games. He is second in innings pitched. 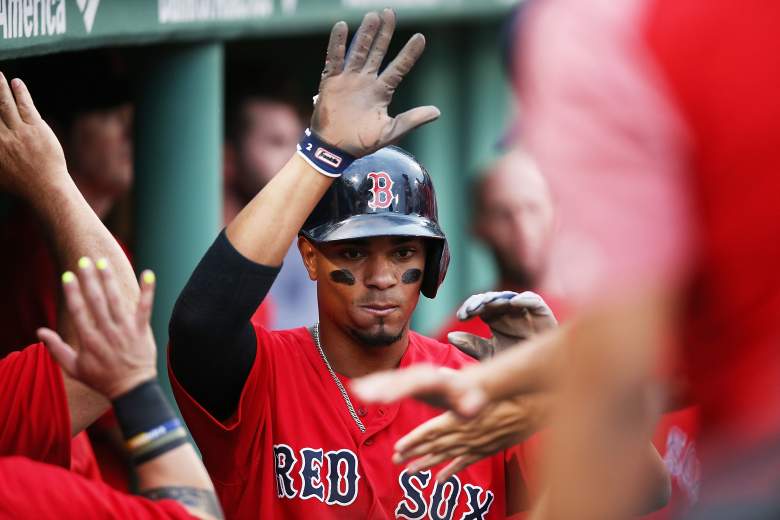 Xander Bogaerts and the Boston Red Sox have moved into a tie for first-place in the A.L. East (Getty)

Outlook: The Boston Red Sox move past the New York Yankees behind a 3-3 week. The Red Sox have moved into a tie with the Yankees for first place in the A.L. East.

Shortstop Xander Bogaerts is batting .458 with three home runs and eight RBI in his last seven games. The 2015 and 2016 Silver Slugger is fourth in the A.L in batting average. The Red Sox will get two starts this week from A.L. innings pitched and strike out leader Chris Sale. 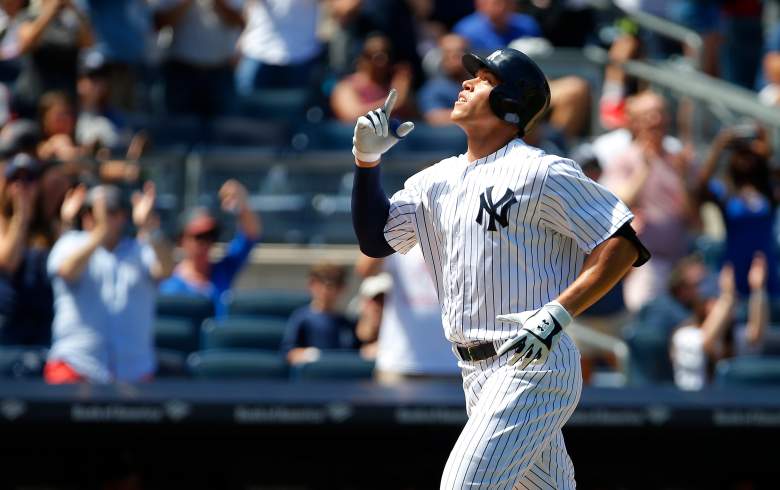 Aaron Judge is putting up near triple-crown numbers (Getty)

Outlook: The Yankees drop a spot this week after going 2-4. The will look to Michael Pineda, who gets two starts this week, to turn things around. Pineda ranks seventh in the A.L. in wins and tenth in ERA and WHIP.

Aaron Judge continues to be one of the biggest stories in baseball. MLB’s home run leader is now just eight points behind Avisail Garcia in batting average and tied with Nelson Cruz for the A.L RBI lead. 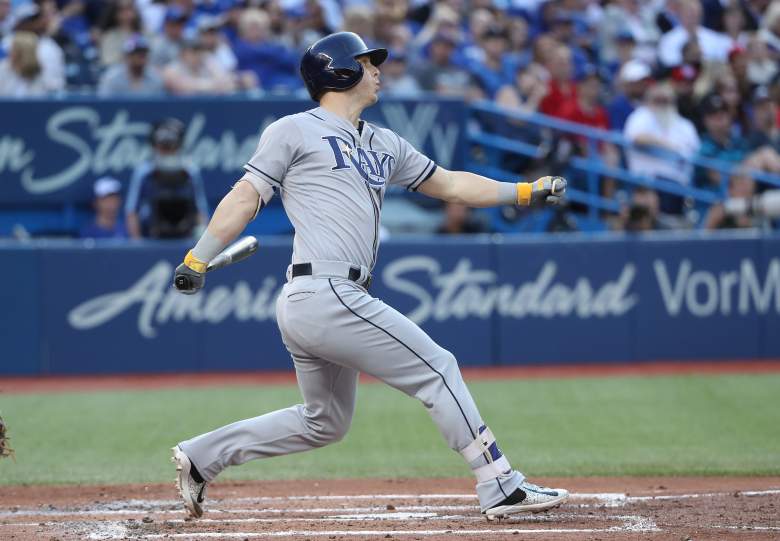 Outlook: The Rays went 4-2 last week and continue to be perhaps MLB’s most-surprising team. They are just 2.5 games back in the A.L. East.

Corey Dickerson is batting .391 with 2 home runs, 5 RBI and 7 runs scored in his last seven games. He is second in the A.L in batting average and third in OPS and runs. 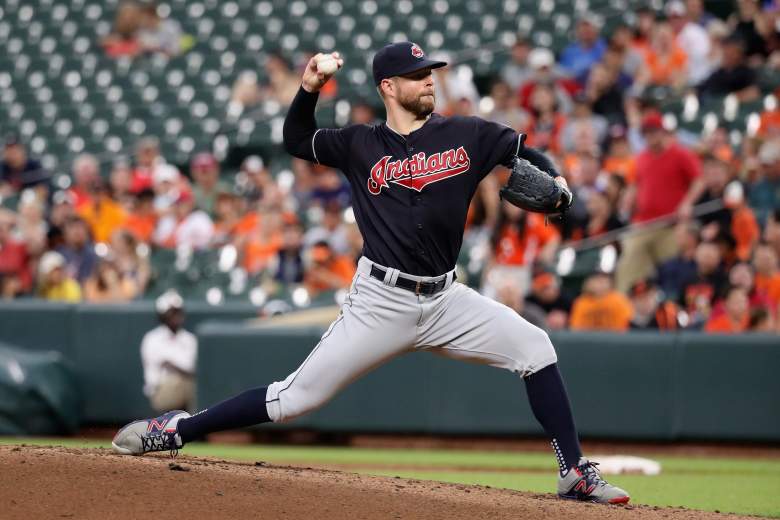 Corey Kluber had a dominant week for the Cleveland Indians (Getty)

Corey Kluber had and outstanding week and continues to dominate since his return from the D.L. Kluber pitched 16 innings, gave up 0 earned runs and had 24 strikeouts in his two starts last week. 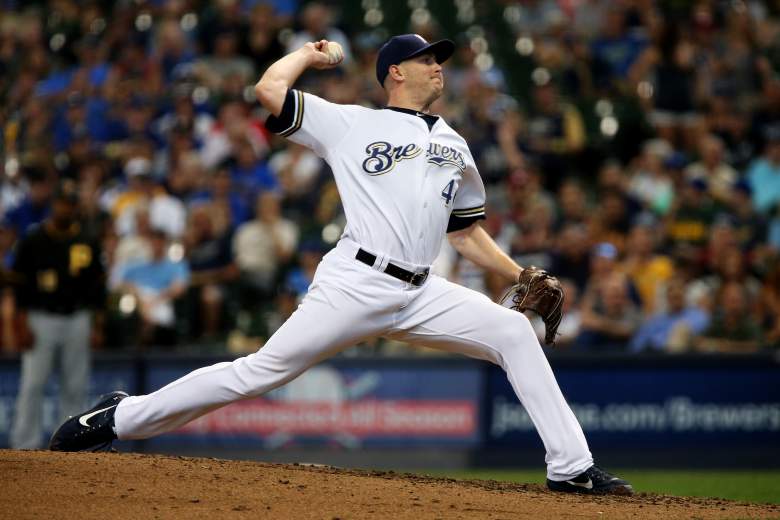 Outlook: The Brewers had an unimpressive week, going 3-4. They now lead the Cubs in the N.L Central by only a half-game.

Chase Anderson has been really good for the Brewers. Anderson is fifth in the N.L. in ERA and eighth in WHIP. Corey Knebel set a MLB record with a strikeout in 38-straight outings to start a season. Knebel has .96 ERA with 65 strikeouts in 37.2 innings.