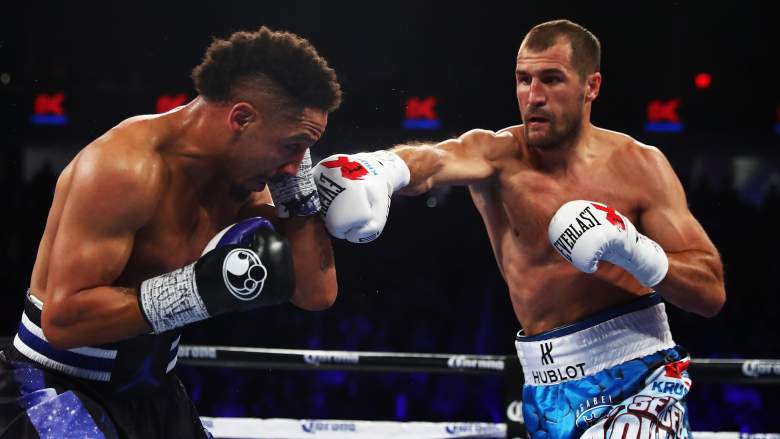 The first fight wasn’t enough to fully separate them, so Andre Ward and Sergey Kovalev will return to ring for a rematch Saturday night in Las Vegas.

While Ward won the first matchup via unanimous decision to capture Kovalev’s WBA, IBF and WBO world light heavyweight titles, many disagreed with the decision. He’ll look to erase any doubt from November’s decision, while Kovalev seeks some redemption for the first professional loss of his career.

Here’s a statistical breakdown before the rematch:

Ward was ahead on all three judges’ scorecards back in November, but a statistical look reveals a fight that was anything but unanimous.

Those numbers are far from the deciding factor in who wins a fight. They aren’t 100 percent accurate, and they don’t account for the quality or power of punches landed. That said, the numbers are indicative of how close the fight was.

Outside of Kovalev’s dominant second round, which saw him land 16 punches to Ward’s three and score a knockdown, the two fighters were within two punches during eight of the 11 rounds. Over the last two rounds, which ultimately turned the match in favor of Ward, they each landed exactly 25 punches.

“I don’t know what they counted, you know, but it’s not my job,” Kovalev said. “I saw that I won the fight eight rounds out of 12 and, like, I really don’t care. It doesn’t matter what happened. For me the most important work will happen June 17.”

Moreover, it’ll be interesting to see what happens if this one again goes the distance. Kovalev, a knockout machine, has seen his fights last about an average of 3.96 rounds, while Ward’s have lasted 7.45 rounds per fight. That experience going deeper into fights could explain how Ward was able win the last six rounds–per the judges–in the first meeting, but Kovalev will likely have a different gameplan should it happen again.

Either way, with how close the first battle was, there’s no question the rematch has Fight of the Year potential.

Read More
Boxing
Before Saturday's anticipated rematch, take a look at how Sergey Kovalev and Andre Ward compare in all the key departments.