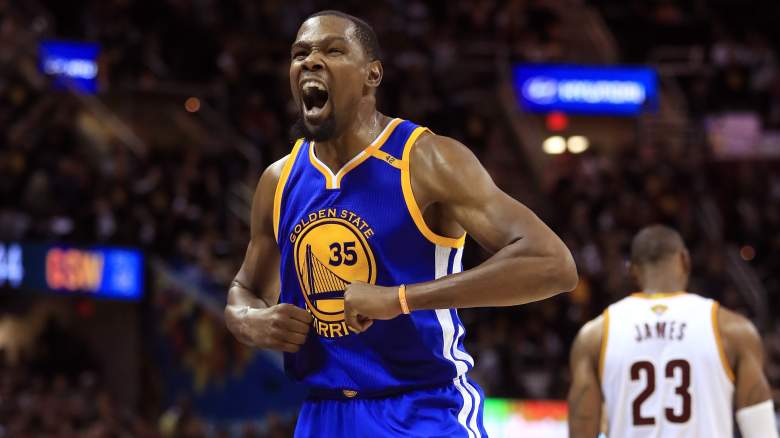 The Golden State Warriors defeated the Cleveland Cavaliers, 129-120, on Monday night, and for the second time in three years the Dubs are going to celebrate an NBA title. And of course, with that celebration comes a parade and a city-wide party for Oakland.

According to the team’s official website, this year’s parade will start on Thursday, June 15 at 10 a.m. PT. As was the case in 2015, it will start at Broadway and 11th St and move its way to the south side of Lake Merritt. Here are the complete details of the route and when you may need to show up:

Fans can begin to line up for the Rally as early as 5 a.m. at Lakeshore and 12th Street.

So who is ready to party? ???? #WarriorsParade is this Thursday in Oakland. Full Info » https://t.co/UVGy6oV6Eq pic.twitter.com/giwPQ8Jwg0

It will be interesting to see what kind of turn-out this year’s parade produces. In 2015, it was estimated that people started lining up as early as 3 a.m. and that there were nearly one million fans in attendance.

That championship marked the first for the city of Oakland since 1989, and the first for the Warriors since 1975, so there’s a chance this year’s could be smaller. However, this year’s celebration will have some new faces–most notably Kevin Durant–and with many arguing that this is the greatest team in NBA history, fans won’t want to miss out on what could be a historic celebration for a historic team. Even if it’s somewhat smaller than 2015, there will still be a massive audience.

If you like to avoid crowds, local stations should have the parade on television, while NBC Sports Bay Area is likely to have extensive coverage like it did in 2015. NBA TV may also have highlights. 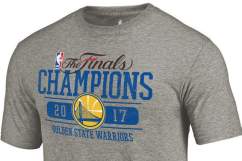