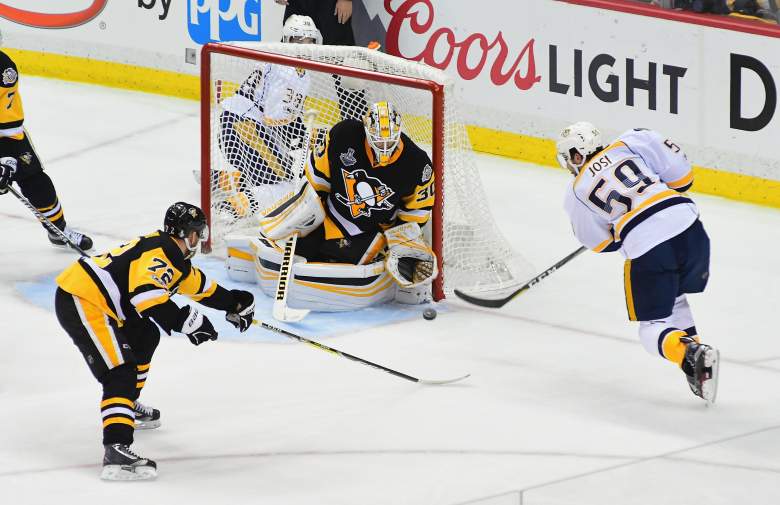 The Nashville Predators dropped the first two games of the Stanley Cup Final despite outshooting the Pittsburgh Penguins in both meetings. With two games under their belt, they return to Bridgestone Arena knowing they must win Game 3 in order to have a chance of winning the series.

The Predators scored first in Game 2 when Pontus Aberg notched his second goal of the playoffs to give Nashville an early 1-0 lead. However, the Predators didn’t find the back of the net again.

The Penguins scored four unanswered goals, including two by rookie Jake Guentzel. Guentzel tied the game with a first period goal. After a scoreless second period, Pittsburgh sealed the game with three goals in the first 3:30 of the third period. Guentzel scored his second goal of the night just ten seconds into the third period, which was followed by goals from Scott Wilson and Evgeni Malkin to widen the Pens’ lead to 4-1.

However, Pittsburgh’s two-game lead over Nashville in the best-of-seven series hasn’t shaken the confidence of the Preds.

Following the Penguins’ 4-1 win in Game 2 on Wednesday, defenseman P.K. Subban said there would be a different result in Game 3. Subban told reporters the Predators are “going to win the next game, and then we’ll see what happens from there.”

However, history isn’t in their favor. Forty-five of 50 teams (90 percent) that take a 2-0 series in a best-of-seven Stanley Cup Final have captured the championship.

A question looming before Game 3 is who will start in net for the Preds. Predators coach Peter Laviolette pulled goaltender Pekka Rinne from net during Game 2, and has dodged questions about his status for Game 3. Rinne has a .778 save percentage in two games and is winless in nine career starts (0-7-2) against the Penguins. However, Rinne has been outstanding on home ice— is 7-1 at Bridgestone Arena.

“Pekka’s been excellent for us all year long,” Laviolette said during a press conference. “There’s things that we could’ve done. All three goals in the third period were odd-man rushes.” 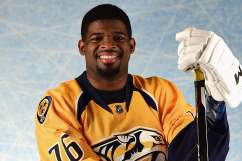