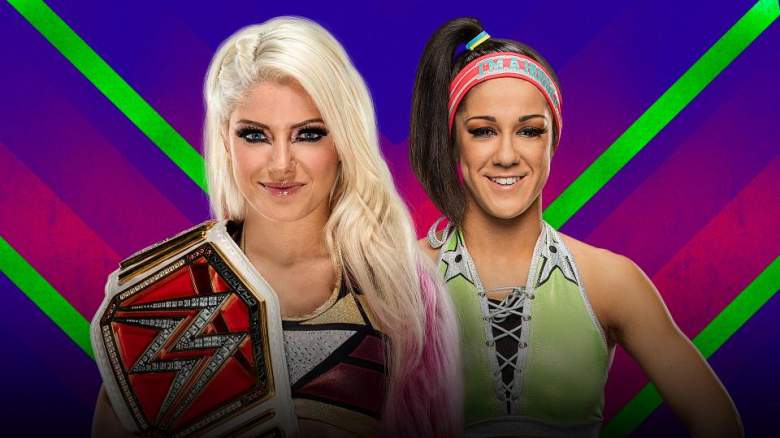 Tonight at Extreme Rules, there was a Kendo Stick on a Pole match between Alexa Bliss and Bayley. So what exactly are the rules of this type of match?

The “Object on a Pole” match type has been used in the WWE for years. The idea is that some sort of object is hung on top of a pole, with that pole being placed on one of the turnbuckles. A goal of the match then becomes climbing up there and getting the object.

The match plays out similarly to a ladder match, except it does not end when you reach the object that is suspended in the air. Rather, the person who reaches the object is simply allowed to use it in the match. It should be noted that all other weapons are usually still off limits in this type of match; the weapon on the pole is just an exception.

As was seen at Extreme Rules, though, it’s not always the case that only the person who first claims the weapon gets to use it, as both Bayley and Alexa Bliss made use of the kendo stick even though Bayley was the one to get it first. The only advantage of getting the object from the pole, then, is you get to be the first one to use it.

An object on a pole match still ends via pinfall or submission, and so getting the item is a way of gaining an advantage over your opponent; it’s not actually the end point of the match, as was seen at Extreme Rules.

Many versions of the pole match have occurred throughout WWE history, including a Brass Knuckles on a Pole match and a Singapore Cane on a Pole match. There has also been the Contract on a Pole match, in which a WWE contract is suspended from the pole and the first person to get it is signed

Read More
Pro Wrestling, WWE, WWE Raw
Tonight at Extreme Rules, there will be a Kendo Stick on a Pole match between Alexa Bliss and Bayley. So what exactly are the rules of this type of match?