Rutledge saw her break in collegiate sports when she was hired to ESPN’s SEC Network in 2014. She served as the network’s main host and figures to make frequent appearances on the network during the 2017 college football season.

Rutledge is married to Josh Rutledge, who plays professional baseball for the Boston Red Sox.

Here’s what you need to know about the Rutledges:

Sometimes you walk up to a random tailgate and meet your future husband. That happened to me almost five years ago. So, naturally @jarutledge and I went back to that exact same tailgate today for the first time since we met. We even found the same tent where it all started ❤️

Josh is an alumnus of the University of Alabama, playing shortstop for the baseball team beginning in 2008. During his first season, he started 61 games and led the team in batting average (.369), hits (99), runs scored (62) and stolen bases (16). During that season, he assembled a 28-game hitting streak. It was also during his time at Alabama where he first met his future wife.

According to a post to her Instagram page, Laura said that she walked up to a “random” tailgate at Alabama and met Josh. The two hit it off and started a relationship.

Five years later, her and Josh went back to the “exact same tailgate” for the first time since they met and took a photo together. 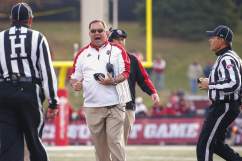 There aren’t many details about the couple’s marriage available online, and the two don’t yet have children together.

3. Laura Started Dancing, But her Desire Shifted to Broadcast Journalism

Laura told the Tampa Bay Times that she lived in Florida’s Panhandle when she was younger and was a fan of fishing.

“I was always scooping fish out of the gulf,” she said to the outlet. “I wanted to be a marine biologist all through elementary school.”

When she was a teenager, Laura and her family moved to Atlanta, and that’s when her desire to be on broadcast television started.

“I thought I’d be a weather broadcaster,” she said. “I was fascinated by geography and meteorology.”

A few years later, Laura and her family moved back to Florida, where she attended Celebration High School in Kissimmee, and she fell in love with dancing. She was intending on joining a ballet school, but changed her mind and went to school at the University of Florida in Gainseville. There, she started at the school’s radio station with a desire to cover general news. But there weren’t any openings for it, so she fell in love with sports and started a career.

While she was working for the Rays, she became the 2012 Miss Florida at 23-years old. According to The Tampa Bay Times, Laura had never even seen a beauty pageant in person until she signed up to compete. She told the newspaper that she entered her first pageant in 2010 “unintentionally,” adding she was a junior in college and friends signed her up for her school’s pageant.

“I didn’t want to do it,” she told the publication.

Laura ended up winning first runnerup and was awarded a $1,000 scholarship. After that, she was crowned Miss Suncoast and decided to enter the Miss Florida pageant. She ended up beating out 42 other women to be crowned champion and was awarded $16,000 for her victory. She then flew to Las Vegas to compete to become Miss America in January 2013. She earned a bronze medal at the competition, which was won by Ali Rogers of South Carolina. 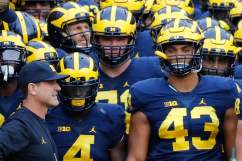 Rutledge was born and raised in Birmingham, Alabama and went to Cullman High School. He was a four-year starter for the school’s baseball team and led them with a .436 batting average to go along with 5 home runs and 33 RBIs as a junior. He impressed scouts even more his senior year, hitting .454 with 12 homers and 69 RBIs, leading his team to a state championship.

Rutledge went on to have a successful career at Alabama, becoming just the second freshman in program history to lead the team in hitting.

He was selected in the third round of the 2010 MLB Draft by the Rockies and signed a contract with them a few months later. Rutledge struggled to find his footing in the beginning, but made waves his second season when playing in the California League. He batted .348 with 9 homers and 71 RBIs for the season and was promoted to the Rockies’ AA team in 2012.

Later during the 2012 season, Rutledge was promoted to the Rockies’ main roster while Troy Tulowitzki was hurt, and he made his debut July 13, 2012. He was traded to the Los Angeles Angels of Anaheim in 2014 and was subsequently sent down to Triple-A.

In July 2015, he was traded once again, this time to the Red Sox before being placed on the disabled list with an injured knee. He found his way to the Rockies during the offseason, but was traded back to the Red Sox just one month after signing a minor league contract.