President Trump has encouraged the public to boycott the NFL after several players, coaches, and staff chose to take a knee during the National Anthem at various games this week.

As the NFL and the POTUS are at war, people all over the country are choosing sides. Hundreds if not thousands of people have posted about the controversy, some using the hashtag #takeaknee and others using #boycottnfl.

Those who feel as though “taking a knee” is disrespectful to the American flag and to the country have decided to heed Trump’s advice and have come up with several ways they plan to oppose the gesture. Meanwhile, others completely support the NFL players who have chosen to protest at games.

People of all different races, shapes, and backgrounds have spoken out about this. People have been taking a knee and posting photos to social media as a way to support the NFL and, perhaps more importantly, show their hatred for President Trump. On the flip side, below are 10 ways that some people are planning to boycott the NFL this season.

In addition, various petitions are popping up online and people have been signing them in support of the NFL boycott that Trump has called for.

“Kneeling during the National Anthem is a right enjoyed in this country because of our nation’s great patriots. This should go without saying. It should also go without saying that spoiled athletes and their employers exercising this right is not something we have to tolerate as fans. Team owners and the broader NFL organization can disallow such acts, and have chosen not to. We can choose not to endorse them. Hit ’em where it hurts, America: The WALLET!” 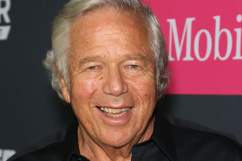