Getty J.J. Nelson has emerged as a fantasy relevant option on most waiver wires.

No matter how good or bad your fantasy team is there is still plenty of time left in the fantasy season. It is time to step on the gas if your squad has had a good start, or find a player that has a chance of being in your starting lineup over the next few weeks.

Even if your team is the dreaded 0-2, there is no reason to panic. The waiver wire is still full of usable players that need to be added.

Javorius Allen, J.J. Nelson and Chris Carson are likely to be the two most added players in Week 3.

At a time when many teams are going with the running back by committee approach, Allen’s 35 carries in the first two games of the season is appealing. Allen also had five receptions for 35 yards in the Ravens Week 2 matchup with the Browns. This makes him even more appealing in PPR leagues.

With Eddie Lacy a healthy scratch, Chris Carson got the bulk of the Seahawks touches in the backfield. Carson got off to a slow start but rebounded nicely. The Seahawks leaned on him heavily as the 20 carries for 93 yards indicate.

Feel free to reach out to me on Twitter @JonDAdams with waiver wire and other fantasy football questions.

Here’s a look at our Week 3 waiver wire rankings. Ownership percentages are courtesy of ESPN, but relevant across platforms. We will continue to update this as more players emerge in the later games. 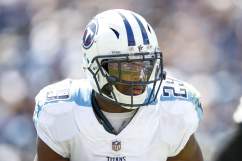 DeMarco Murray Fantasy: Owners Should Be Worried by Derrick Henry