If you like watching some of the best young players in the NBA, then you aren’t going to want to miss the Boston Celtics vs Philadelphia 76ers on Friday night.

Of course, there’s Markelle Fultz and Jayson Tatum, the Top-5 picks in this year’s draft who were traded for each other and will likely be linked together for a long time. But there’s also Ben Simmons, who looks like the Rookie of the Year favorite if his debut on Wednesday night was any indication, Jaylen Brown, who looks primed for a breakout campaign, and Terry Rozier, who has played really well to start the year. Oh yeah, and there’s Joel Embiid, who, if healthy, has All-NBA potential at just 23 years old.

Tip is scheduled for about 7:15 p.m. ET and will be broadcast locally on NBC Sports Boston (Celtics’ market) and NBC Sports Philadelphia (76ers’ market). Depending on your location, your options for watching a live stream of the game will be different.

If You’re in the Celtics Market:

DirecTV Now: NBC Sports Boston is included in the “Just Right”, “Go Big” and “Gotta Have It” channel packages. A free 7-day trial is offered.

If You’re in the 76ers Market:

FuboTV: The “Fubo Premier” channel package is the only streaming service that includes NBC Sports Philadelphia. A free 7-day trial is offered.

If You’re Outside the Celtics & 76ers Markets:

NBA League Pass: Allows you to watch all non-nationally televised, out-of-market games. It is offering a free preview (no payment information required) through October 24

Notes: With Marcus Smart (ankles) “likely out” on Friday night, we’re projected Rozier to slide into the starting lineup, though it’s possible Brown starts at the 2 and Semi Ojeleye starts at the 3, allowing Rozier to continue playing a 6th man role.

Notes: Obviously, Simmons being listed a power forward is nothing more than a formality, as he’ll play more of a point-forward role. Also, pay attention to Embiid’s status, as the Sixers are on the first night of a back-to-back and could play it safe with their prized big man. If he does sit, Amir Johnson would likely slide into the starting lineup, keeping Dario Saric in the second unit. 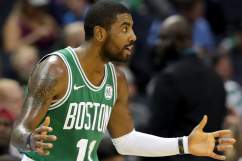 How to Watch Celtics Games Live Online Without Cable 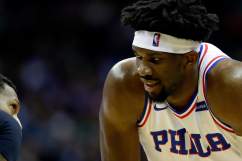 Read More
Boston Celtics, Live Sports Streaming, NBA, Philadelphia 76ers
A huge collection of the NBA's best young talent will be on display Friday night, as the Celtics take on the 76ers. Here's how to watch a live stream.