During Cam Newton’s Wednesday, October 4, press conference, reporter Jourdan Rodrique asked a question about the type of route a wide receiver on the team ran. Newton responded by stating he found a female reporter asking about routes “funny.”

As a result, Rodrigue has found herself in the national spotlight regarding the topic of sexism in sports — and in the world at large.

However, limiting Rodrigue to just this incident would be equally as dismissive as Newton’s comments. Who is Jourdan Rodrigue? What does she cover for the Panthers? And what exactly happened during — and after — this fateful press conference? Read on to find out.

1. She’s a News Reporter for The Charolette Observer

CharlotteObserver.comStill from a video report on Carolina’s matchup against Houston.

In those trenches are reporters like Rodrigue. She asks questions, reports answers, compiles stats, and continually finds unique angles to cover regarding Panthers Football.

In the literally dozens of articles credited to her byline, the overwhelming majority are hard news focused. Julius Peppers wins NFC Defensive Player of The Week, a coach’s comment on a rookie, roster cuts, info on a player’s knee brace, and so on. The sports news entertainment apparatus is built on the foundation reporters like Jourdan Rodrigue create.

2. She’s Been a Sports Reporter Her Entire Professional Life

CharlotteFivePromotional Photo For The “Three and Out” Podcast

efore landing as a Penn State football Beat Reporter, and finally arriving at the Charlotte Observer, where she’s been since October of 2016.

She also co-produced a sports documentary about the 2015 Dobson Girls Basketball team and their Division I state championship:

It’s clear from her Twitter, content, and sheer output that sports is a serious passion. From Youtube content for the Charlotte Observer to on-air reports, to a podcast, she clearly loves sports, but also knows them. If it wasn’t for the occasional photo of her adorable puppy, you might just say sports is her life.

Wondering if anyone can explain to me what is so funny about a “#female talking about routes”??? #Panthers #CamNewton #Equality ?! #NFL pic.twitter.com/D7lqMmn1KG

When asking about the physical nature of rookie Wide Out Devin Funches’ routes during a Wednesday afternoon press conference, Newton responded with: “It’s funny to hear a female talk about routes like…it’s funny.’

These comments were viewed by many as sexist, and the twitter-verse lit up, outraged at the statement:

I know far too many women who can and do talk circles around men when it comes to sports, and not just football.

My respect level for Cam Newton is officially at -100 below zero.

Better get used to it, Cam Newton. We "females" are not going anywhere. We love football, KNOW football, enjoy talking about football.

A few even got analytical in an ironic twist:

It's funny to hear Cam Newton, who ranks 25th in the NFL in total QBR (43.3), talk about routes. pic.twitter.com/AhLvUokS6z

The masses were quick to bring up Cam Newton calling Washington Post reporter Cindy Bohen ‘Sweetheart’ during an interview.

In the aftermath, Dannon dropped Cam Newton as a sponsor.

Other Quarterbacks in the NFL have run into issues with female reporters as well. Joe Namath famously stated he wanted to kiss Suzy Kolber during a prime-time content between the Patriots and Jets, and Brett Favre found himself in hot water for texting explicit photos of himself to a female reporter.

4. Rodrigue Responded She Didn’t Find Her Question ‘Funny,’ & the Panthers Released a Statement 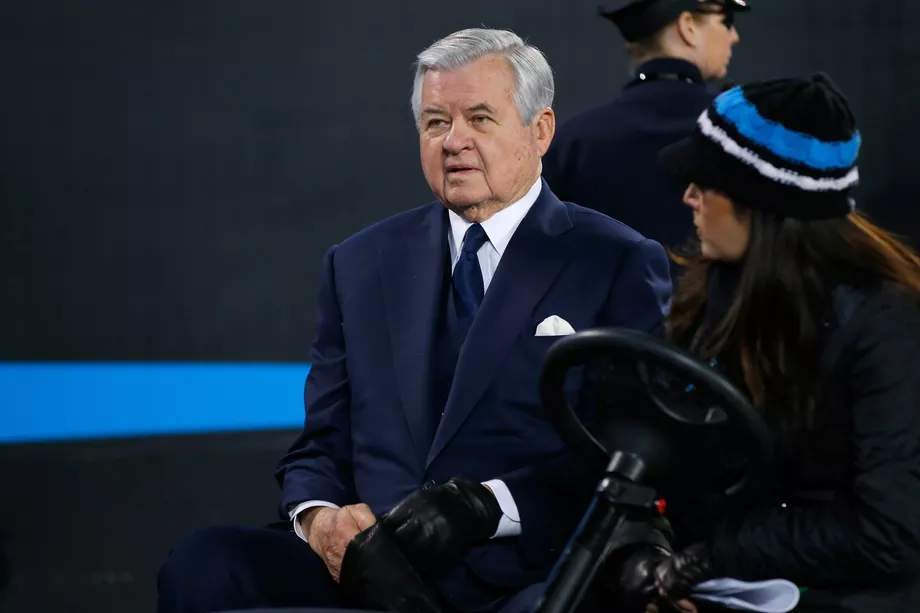 Thus far there has been no official comment from Cam Newton regarding his remarks to Rodrigue. You watch the press conference in full here (right click, hit ‘show controls’ and skip to 6:38.

5. Rodrigue Said Newton Did NOT apologize, Her Own Insensitive Tweets Were Uncovered, and Newton Responds

Getty ImagesCam Newton expressed regret, but allegedly did not apologize.

before saying she had work to do and putting the matter to bed temporarily:

I spoke with him after and it was worse. I chose not to share, because I have an actual job to do today and one he will not keep me from.

That was until today, when it revealed Rodrique had tweeted culturally inappropriate comments several years ago by Black Sports Online:


BlackSportsOnlineOne of the tweets uncovered by Black Sports Online

She also appeared to celebrate and enjoy her father’s racist nature:

The apology didn’t stop Twitter from arguing. NBA player Evan Turner weighed in with his thoughts on the matter:

Mf don’t find sexist jokes funny but thinks racist jokes are funny. Then the light shines on her and now she claiming she changed.

During Thursday Night Football Cam Newton tweeted an apology video, calling stating his comments were degrading to women, and apologized to those offended:

People of all shapes, sizes, colors, and genders love sports. Ones who work as hard as Rodrigue does, and cover the type of news Rodrigue does, got to where they are via hard work, talent, and dedication. You don’t just happen into a Panthers’ press pass and press conference. You have to earn it. Mz. Rodrigue did. But that doesn’t mean she’s perfect, no one is.

Since the dawn of time humans have made uncouth or regrettable comments, except now, especially for those in the public eye, there’s almost always a record.

Read More
Cam Newton, Carolina Panthers
Following dismissive and possibly sexist comments from Panthers QB, Jourdan Rodrigue in the national spotlight. What do you need to know? Read on to find out.