UPDATE: A PWInsider report says that Neville never walked out of RAW like previously reported. Instead, he never was never on the road over the weekend and didn’t appear at any WWE Live! events in the first place. He wasn’t backstage during RAW at all, and was originally slated to face Enzo Amore for the Cruiserweight Title. However, writers said that the title shot would not work with the current storyline, therefore they made the decision to put the belt on Kalisto because it was Eddie Gurerro’s birthday and he was his inspiration to go into the business.

Neville has still reportedly “pushed for a release” from his contract in the meantime, but he remains on the roster. As of now, according to the PWInsider report, Neville isn’t in any plans moving forward and isn’t expected to travel to any house shows.

Initially, rumors started swirling saying that the English wrestler walked out of the October 9 episode of Monday Night RAW at the last minute, which caused writers to scramble for a different idea for the current Cruiserweight storyline involving Enzo Amore.

According to the latest Wrestling Observer Newsletter, the initial plan for the show was to have Amore defeat Neville in a non-title match in the main event. But when Neville found out about the finish, WON reported that he walked out. The report said nobody was able to come up with a better idea for the storyline, so they decided for Kalisto to beat Amore in a lumberjack match for the title.

The latest on Neville, according to the WON, is that he didn’t return for the taping of 205 Live! the following day, and “the belief within the company is that he’s gone.” One person close to the situation told Dave Meltzer that the wrestler is “100 percent gone,” but the official word from the WWE is that he’s still with the company and hasn’t quit yet.

According to PWTorch’s Wade Keller, Neville may have been growing frustrated with his pay relative to other talent and his placement on show cards.

Cruiserweights don’t make great money relative to others on the roster. They work fewer house shows and don’t have prominent PPV spots, so their pay — which is largely based on frequency of matches and position on cards — is below their colleagues. That could be the primary factor. Having to stand around and have Enzo scripted to say he has made Cruiserweights relevant, to someone with Neville’s pride, could have been a final straw. Seeing that Kalisto was scheduled to get the Cruiserweight Title shot against Enzo at TLC could have also sent a signal to Neville that he wasn’t the primary opponent in the booking scheme for Enzo, but rather a stepping stone as Enzo stayed on top and others moved into the top babyface position. That would further solidify his pay wasn’t going to get better and might get worse.

As soon as news of Neville’s current situation came to light, The Young Bucks actively tried to recruit the wrestler to join The Bullet Club and New Japan, along with Will Ospreay.

If it’s true. Could we finally see The Man That Gravity Forgot Vs The Aerial Assassin.

Before coming to the WWE, Neville had a run in New Japan in its Best of the Super Juniors 2012 tournament. After that, he signed a contract with WWE and joined NXT, making his debut as Adrian Neville in 2013. He made his main-roster debut on the March 30, 2015 episode of RAW and was sent to the Cruiserweight Division in December, where he turned heel and won the title.

Recently, he’d been in a feud with Amore and lost the title to him at No Mercy on September 24. His last appearance on TV came on the September 25 episode of 205 Live!, where he turned face. 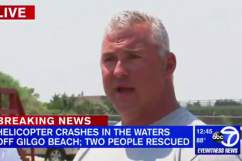