Twitter/Getty Antoine Griezmann posted this photo on Twitter on Sunday.

French soccer star Antoine Griezmann is facing backlash after posting a photo in blackface on Twitter. The 26-year-old Atlético Madrid forward tweeted the picture Sunday with the caption, “80’s Party.” He can be seen in the photo wearing a Harlem Globetrotters uniform and holding a basketball, with dark paint covering his face, arms and legs.

The photo and that tweet have since been deleted. He has since tweeted an apparent apology, also in French, “Je reconnais que c’est maladroit de ma part. Si j’ai blessé certaines personnes je m’en excuse,” which translates to “I agree that it’s awkward for me. If I hurt some people excuse me.”

According to Fox Sports, Griezmann is expected to be moved by Atlético Madrid to another Spanish squad, Barcelona, for €100 million. He has also been rumored to be being pursued by the English Premier League club Manchester United.

He posted a similar photo on Instagram from the party:

Griezmann generated instant outrage after posting the picture Sunday evening, with many people calling the photo racist or racially insenstive.

And Overseas Racially Insensitive Imbecile of the Year goes to….. #spoty https://t.co/gdLPJmKmHD

Shame on Griezmann. Shame on Atleti and the FFF for not providing proper anti-racist training. Shame on us all for creating a football culture that tolerates this behaviour.

White men love to tell black people how we should feel about racism. I’m not interested in seeing “both sides”, what he did was wrong and he needs to apologize + delete his post.

Even if @AntoGriezmann doesnt mean it to be racist – which it is – he doesn't get to decide.

It is offensive to black people. White people dont get to tell black people how to feel about blackface. It is this simple.

If you're asking how is that racist re: Antoine Griezmann then you're part of the problem. Casual racism is still prevalent in society and that pic of Griezmann is evidence of that. Whether it's intentional or not is irrelevant.

What a stunning piece of reputation suicide from Antoine Griezmann, sensationally outing himself as an arsehole on a quiet Sunday evening.

Alan Duffy, of Who Ate All the Pies, wrote about the now-deleted tweet, “Nothing like a bit of casual racism, eh? Surely, at this stage, people are aware of the origins and problems with blackface, no? Apparently Griezmann isn’t, which is rather appalling. Not surprisingly, Griezmann has triggered a massive (and totally justified) backlash. Although, no doubt the ‘political correctness gone mad’ crowd won’t stay quiet for too long.”

Griezmann has a massive following on social media, including more than 4.8 million followers on Twitter and 14.2 million Instagram followers. Some of his fans have shown him support after he posted the photo, saying he is not racist and did not mean to offend people with the picture. But the overwhelming reaction has been negative.

Griezmann has been the top scorer for Atlético Madrid over the past four seasons. He is also a part of France’s national team. Along with Barcelona, Manchester United is also reported to be interested in acquiring Griezmann.

He began his career with Real Sociedad in 2009 and moved to Atlético Madrid in 2014. He is originally from of Mâcon, France, and has appeared in 49 games for his native country’s national team, scoring 19 goals.

The French soccer star and his family reportedly met recently with Barcelona’s club president as the two sides grow closer to a move, according to Bleacher Report. Atletico Madrid is said to be willing to let Griezmann go if he chooses to make a move. The club has not commented about the photo posted by Griezmann. 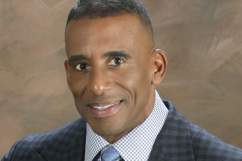