Though the 2018 tennis season has already officially gotten underway, things don’t really get going until the players arrive at Melbourne Park for the Australian Open. We saw last year’s version set the stage for resurgent years from Roger Federer and Rafael Nadal, and it wouldn’t be at all surprising if the 2018 tournament played out in a similar fashion.

If you live in the United States, here’s everything you need to know to watch a live stream of all the action from Melbourne over the next two weeks:

In the US, all coverage will be on ESPN, ESPN2 and ESPN3 (ESPN’s digital platform). That means you can watch a live stream via WatchESPN if you have a cable log-in, but if you don’t have cable or can’t get to a TV, you can watch all of those channels, and all the action at the Australian Open, online, on your phone or on another streaming device by signing up for one of the following cable-free, live-TV streaming services. They cost a monthly fee but all come with a free trial:

DirecTV Now: There are four main channel packages, and ESPN, ESPN 2 and ESPN 3 are included in all of them. You can sign up for a free 7-day trial no matter what package you choose, plus you can get $25 off your first month if you enter promo code “BDAY2017”. Once signed up, you can watch ESPN or ESPN 2 coverage on your computer via the DirecTV Now website, or on your phone, tablet or streaming device via the DirecTV Now app

Sling TV: ESPN, ESPN 2 and ESPN 3 are all included in the “Sling Orange” base package. You can sign up for a free 7-day trial right here, and then you can watch ESPN or ESPN 2 on your computer via the Sling website, or on your phone, tablet or streaming device via the Sling TV app

PlayStation Vue: There are four main channel packages, and ESPN, ESPN 2 and ESPN 3 are included in all of them. You can sign up for a free 5-day trial right here. You can watch ESPN or ESPN 2 on your computer via the PS Vue website, or on your phone, tablet or streaming device via the PlayStation Vue app

ESPN 3 Coverage: In addition to the daily ESPN or ESPN 2 broadcasts, ESPN 3 will also show daily action on individual courts. In some cases, you can watch ESPN 3 by simply signing into your internet service provider, but if that doesn’t work, you can also watch ESPN 3 by using your DirecTV Now, Sling TV or PS Vue credentials to sign in. You can watch ESPN 3 on your computer via the WatchESPN website, or on your phone, tablet or streaming device via the WatchESPN app.

On the men’s side, it’s a couple of old guys–who played nothing like old guys in 2017–who stand as the two favorites: Rafael Nadal and Roger Federer. Fed-Ex out-lasted his friend in five sets in the Australian Open final a year ago and went on to win all four matches against the Spaniard in 2017, though Nadal didn’t have such a bad year, either, winning the French Open and US Open on his way to the World No. 1 ranking.

Of course, one can’t forget about Novak Djokovic. The 30-year-old struggled through a forgettable 2017, but he’s a six-time winner at Australia. His health remains a big question mark–he sat out the last six months to recover from an elbow injury–but if he is in fact fit, he has to be considered a favorite despite his No. 14 ranking.

Beyond those three, who have combined to win 11 of the last 12 Australian Open titles, youngsters such Grigor Dimitrov, Alexander Zverev, Dominic Thiem and Nick Kyrgios figure to make a lot of noise, especially with Andy Murray and Kei Nishikori both out with injuries.

Over on the women’s side, defending women’s champion Serena Williams will sit out her third consecutive Grand Slam as she continues to prepare for her return following the birth of her daughter.

“After competing in Abu Dhabi I realized that although I am super close, I’m not where I personally want to be,” Williams said in a statement. “My coach and team always said, ‘Only go to tournaments when you are prepared to go all the way.’ I can compete – but I don’t want to just compete, I want to do far better than that and to do so, I will need a little more time.”

In her absence, the likes of Garbine Muguruza, Karolina Pliskova, Simona Halep and Elina Svitolina should all be considered capable of winning it all in what is always a fairly wide-open ladies draw. Maria Sharapova is also an intriguing one to watch, as she competes in her first Australian Open since 2016 after sitting out last year due to suspension. She’s won there once and appeared in four finals. 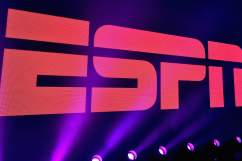