The Bortles family is a tight-knit group, particularly as Blake looks to jumpstart the Jaguars this postseason. (Getty)

Get all your Bortles trash talk out now.

The Jaguars QB, who’s been the subject of plenty of jabs and critiques this season, hasn’t let the memes or the rumors slow him down. In fact, Bortles is still having one of the best seasons of his career and he still doesn’t really care about your jokes.

Bortles is still unattached, despite early-career headlines regarding his relationship, but he’s got a strong support system behind him and a family that knows exactly what he’s capable of. Here’s everything you need to know about the Bortles, their in-house competitions and the #blakeisgood movement:

1. Bortles’ Father, Rob, was a Standout Athlete in College

The Phoenix, NY native was the youngest of three brothers and Rob’s competitive streak developed early on. All the Bortles boys went on to play sports at the college level with Rob wrestling at Georgia Tech for one year before transferring to Georgia Southern where he was a linebacker on the school’s football team.

It was there that he met his future wife, Suzy, who was a cheerleader at the time.

Rob helped spark some good-natured competition in his own house while raising his own sons as well. “Everything we did was a competition,” he told the Orlando Sentinel in 2013. “Eating was a competition. … I think that’s good for you in everything you do, that’ll make you better in what you do.”

The mindset held true when Blake transitioned to the gridiron as well. In fact, the future Jaguars star didn’t start his football career as a quarterback. He first played at fullback and linebacker because, as Rob told The Florida Times Union, he “liked the collisions.”

2. His Mother, Suzy, is a Social Media Maven

There are plenty of NFL fans patrolling Twitter feeds and social media updates during the offseason, searching out that brand-new piece of information that will help jumpstart their team’s success – including Suzy Bortles.

The former high-school softball standout’s phone is almost constantly buzzing with the latest news, transactions and updates. Of course, Suzy is quick to make sure her son is privy to that information as well. In 2016, just before the start of the season, Blake told Monday Morning Quarterback:

Bortles doesn’t just rely on his mother for her social media updates, however. He told Jacksonville.com “She’s my hero,” before he was selected third overall by the Jaguars in 2014.

3. Bortles’ Brother, Colby, was Drafted by the Detroit Tigers

A former standout at Ole Miss, Colby Bortles heard his phone ring this summer when he was taken in the 22nd round of the MLB Draft by the Detroit Tigers.

Colby, a third baseman, was named a senior co-captain and preseason All-American by Collegiate Baseball in his final year with the Rebels in 2017 and led the team with 10 home runs and 42 RBIs to go with a .269 batting average and .482 slugging percentage. He picked up second team All-SEC honors.

Happy birthday to @BBortles5 who I must of beat due to that smile. Love you man, couldn't ask for a better role model. pic.twitter.com/92Wsm3FfeK

The Bortles brothers have always been close and, despite being separated by three years, grew up playing baseball together. “[We] played all the time,” Colby told MLB.com after he was drafted. “Played every game you could think of. We played baseball inside. We broke a lot of stuff. My mom wasn’t happy about it.”

Of course, nothing proved that bond more than Blake’s decision to use his signing bonus to pay for his brother’s college tuition after he was drafted in 2014. “Those baseball scholarships are funky,” Blake said to the Orlando Sentinel’s Mike Bianchi at the time, “so the first big thing I’m going to pay for is the rest of my brother’s college education.”

4. The ‘Bortles Trash-Talk’ has Affected his Family 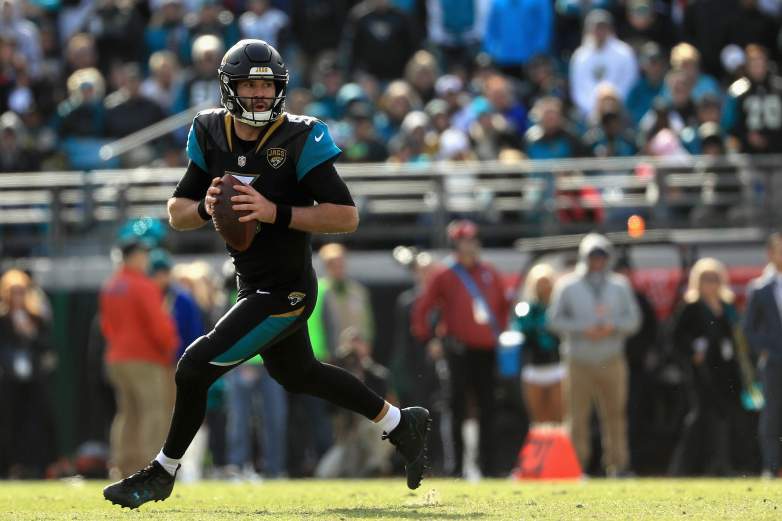 Bortles has been the subject of plenty of critique this season. He’s gotten it from just about everyone – Jadaveon Clowney, Earl Thomas, Cameron Jordan and a handful of media professionals, just to name a few. They’ve all had something to say about the quarterback’s performance, but Bortles told ESPN it affects his family more than him.

“I have family all over social media and doing stuff like that, so they can’t help but see some of it. And I know it makes them mad because I don’t think anyone would want a loved one or family member to be talked about in negative light by somebody else who is playing against them,” he said. “But I have talked to close family and friends, and they understand how I feel about it and know it doesn’t bother me, and they do their best to try and do the same.”

His family is doing its best to let everything slide as well, but that’s, sometimes, easier said than done and the #blakeisgood hashtag has become a trend in its own right.

Bortles regularly deflects any post-game criticism with a sly sense of humor. He told reporters he needed “to be a better tackler,” after throwing pick-sixes in three consecutive games against the Texans.

Bortles has kept his personal life, mostly, out of the headlines recently, but that wasn’t always the case. The former UCF star was a rising draft prospect in 2014 when he told Dan Patrick he was asked about then-girlfriend Lindsey Duke during the NFL Combine.

Interviewer: “Wait, what did they ask you about your girlfriend. If you had one?”

Bortles: “Yeah, if I had one. It was just kind of some awkward, ‘Well if we come to town will she be there for dinner?’ Stuff like that.”

Interviewer: “Wait a minute, your girlfriend’s a little famous right? She’s been on the Internet, pictures have gone viral of her. Very, very striking woman. Didn’t they do their homework on this?”

Bortles: “Yeah. They knew going into the meeting. I think that was kind of their angle, to see how I would react to it.”

Bortles and Blake split in 2014, but the social media star has still been active online. She’s got over 74,000 Instagram followers and has been connected with not one, but two Bachelor alums – Robby Hayes and, most recently, Ben Higgins.