2018’s already off to a good start for us wrestling diehards.

The independent scene is chock full of some of the greatest wrestlers on the planet. Four of those talented athletes have now reported to WWE’s Performance Center and will work hard to shine in NXT and eventually, Raw and SmackDown Live. The high-flying Ricochet, world destroying tag team War Machine, and plucky women’s wrestler Candice LeRae have been chosen to be the next WWE Superstars.

Just like some of indy greats turned WWE prospects from 2017, those fresh faces will most likely become favorites of the Full Sail University crowd. So that now begs the question – who should WWE bring into the fold next?

I’ve scoured countless matches from indy wrestling companies for several years and have fallen in love with the following individuals. WWE should definitely have these talents on their radar and scoop them up in 2018.

Jay’s been at it for a while now. I consider him a journeyman since he’s wrestled in every prominent wrestling company I can think of…except for WWE. And that’s a shame, really. Jay’s shown that he’s capable of being a fiery babyface, a hilarious comedy character who’s wrestler impersonations are masterful, and a no-nonsense heel who’s as serious as they come.

His lengthy run as ROH TV Champion that led right into his stay at the top as ROH World Champion solidified his position as one of the very best. Jay’s 2017 was full of great matches against a variety of opponents, but now it’s time for him to get that callup in 2018. The man can seemingly put on a good match against men half his size or scarily larger. Plus he has the demeanor of a man who’s all about respect, honor, and good sportsmanship. Jay’s old-school approach to pro wrestling could be an entertaining act in the world of WWE.

The trend of big men in wrestling who can whip out Cruiserweight maneuvers like it’s nothing is hot right now. One of the massive men leading the charge in that movement is Keith Lee. You can check out any PWG highlight package and get a feel for just how amazing Lee’s big-man agility is. Lee can come off the top rope with a moonsault, take flight over the ropes onto his helpless victim with a plancha, and land a beautiful dropkick with the best of ’em.

His PWG BOLA 2017 classic against Donovan Dijak (who’s actually a part of WWE now) shows just how amazing he is. His cockiness is endearing, so it’s hard to root against such a likable big guy. Lee possesses the type of moveset that’s perfect for squashing smaller foes and contending with men his size. There’s never enough big men in WWE, so Lee’s ready made for a starting roster spot in NXT.

After I laid eyes on the destruction Matanza dealt out on Lucha Underground, I wanted to know who the monster behind the mask was. Fast forward to a random PWG match highlights package and I finally realized who it was. The shockingly agile, amateur wrestling machine Jeff Cobb. Cobb legit frightens me. The man is the truest definition of “Suplex City,” plus he can land a crisp looking standing Shooting Star Press.

If any of you guys missed his 2017 NJPW World Tag League run alongside Michael Elgin, please seek it out. Cobb looks like a future WWE Champion and Universal Champion due to his imposing stature, impressive moveset, and legit amateur wrestling background. Watching Cobb treat a jobber or two like worthless handbags during his NXT debut would be a dream come true.

There’s only one “Peacock of Professional Wrestling.” And that’s ROH’s most lovable Superstar, Dalton Castle. His eccentric gimmick is a callback to flamboyant legends such as Gorgeous George, Goldust, and Adrian Adonis. His entrance with two young boys unveiling his greatness to the live crowd never gets old (Hiroshi Tanahashi and Ryusuke Taguchi chose to play that position for his NJPW debut. How’s that for respect?).

The charisma is definitely evident in everything Castle does, but he’s also no slouch in the ring. Castle has NCAA wrestling accomplishments to his name, which makes sense considering all the nasty suplexes he doles out in the ring. Castle’s done incredible work in Chikara, ROH, PWG and even TNA (watch his match with Rockstar Spud if ya can…matter fact, it’s right here). The NXT crowd down in Florida would love him and he’d be quite the awesome sight to see on the main WWE roster.

BRO! You just gotta love this guy. Matt Riddle is as cool as they come, but he’s the last person you want to be across the ring from when the bell rings. Riddle’s credentials lie in his past stint as an MMA fighter and a competitor on UFC’s Ultimate Fighter reality show. Once his days in the Octagon came to a close, Riddle decided to try his hand at professional wrestling. Ever since then, he’s morphed into a standout crowd pleaser who’s thrived on the indy scene.

Riddle’s been the barefoot assassin who’s suplexed dudes to death and locked them in extra painful holds in Evolve, Beyond Wrestling, PWG and many more feds. Riddle’s appreciation for “Mary Jane” hindered his chances at a 2017 NJPW World Tag League run. Here’s hoping that he steps away from his favorite pastime, keeps refining his act, and eventually sports a WWE Performance Center shirt real soon.

Lately it seems like the fine folks at WWE have fallen in love with the UK wrestling scene. In 2017, the first ever United Kingdom Champion was crowned during a 2-day tournament. Tyler Bate, Mark Andrews, Trent Seven, Pete Dunne and others got the spotlight they deserved all year long. Then there’s guys like Aleister Black and Killian Dain, wrestlers from across the pond who also gained notoriety in the UK.

Another man of their caliber that should be on WWE’s radar is the massive brute simply named WALTER. He’s a mountain of a man who’s been running roughshod over anyone unlucky enough to face him. His track record is lined with great matches against the likes of Michael Elgin, Matt Riddle, Keith Lee, Zack Sabre Jr. and more. WALTER looks to be the perfect big man candidate that WWE is always on the lookout for. Walter going to war with guys like Samoa Joe, Killian Dain, and Rusev could be all types of fun.

Get this – LuFisto’s been running the ropes since 1997! A veteran of her ilk deserves an extended run as a part of the blossoming women’s roster in NXT/WWE. Some of you may recognize her from her 2015 tryout video for that year’s edition of Tough Enough. How and why WWE decided to pass on her is a definite head scratcher. LuFisto’s not your average women’s wrestler who’s shaped like a supermodel. She’s an outstanding wrestler through and through.

Her unique build makes her stand out from the crowd, she’s a powerhouse that can put on clinics with both sexes, and she’s a world-traveled wrestling practitioner. LuFisto could step into NXT and play the position of a female Kassius Ohno, someone who’s able to put on good matches with anyone WWE decides to test her against. But she’s far too good to just play the role of the NXT women’s division gatekeeper. LuFisto may be in her late 30’s, but she deserves to show the WWE audience what they’ve been missing out on for the past few years.

LuFisto should be familiar with this final selection. Jordynne Grace is an uber-talented women’s athlete who I was shocked to not see compete during 2017’s Mae Young Classic. WWE can rectify that mistake by giving her a shot in 2018. Raw has its version of Nia Jax, so it’d make a lot of sense for NXT to groom Miss Grace for an extended run as the female immovable object of SD Live.

Grace’s background as an avid weight trainer who’s been wrestling since the age of 15 is an interesting backstory worth telling to the WWE faithful. She has a look all her own, which will automatically make her an attraction in the eyes of the fans. Couple all that with her brutal in-ring style (watch her in action alongside LuFisto right here) and you have a ready-made female juggernaut who’s tailor made for an NXT/WWE run.

By the way, I’ll continue to keep tabs on any other standout indy/international wrestlers that get signed to WWE in the list posted below: 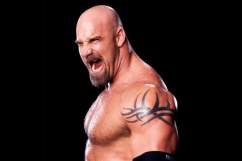