After testing positive for doping at the 2018 Winter Olympics inPyeongChang, Alexander Krushelnitsky’s bronze medal and the fate of other Olympic Athletes from Russia are up in the air.

The Russian curler and his wife Anastasia Bryzgalova won the bronze medal for mixed doubles on day five of the 2018 Winter Olympics in PyeongChang, but the suspected doping violation could mean their medal gets taken away.

The scandal comes as Russia is attempting to regain legitimacy at the Olympics, after being banned for widespread doping use in 2014. Russian athletes expressed shock that Krushelnitsky tested positive, and said they hope it’s a mistake that will be cleared up during a second round of testing currently underway.

1. He Tested Positive for Meldonium, Which Could Have Implications for All Russian Athletes 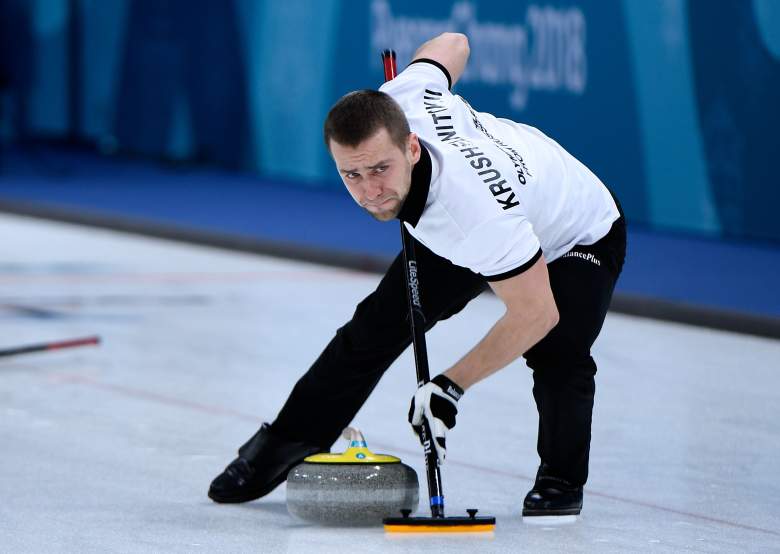 Krushelnitsky, who has left PyeongChang, failed a drug test for meldonium at the 2018 Winter Olympics and was charged with doping. According to ESPN, the Court of Arbitration for Sport confirmed that it had “initiated a procedure,” though no hearing date has been set.

Melodonium, which is used to treat coronary artery disease, was banned in 2016 because it increases blood flow, which can improve exercise capability. Russian tennis star Maria Sharapova was suspended after testing positive for melodonium at the Australian Open.

Dmitry Svishchev, Russian Curling Federation president, told The Associated Press that Krushelnitsky tested clean on January 22, the day before he left for pre-Olympic training camp. He said it was possible someone–either Russian rivals or Russian political enemies–spiked his food.

According to The Guardian, Krushelnitsky told Russian officials he was worried a teammate who was not selected for the Winter Olympics spiked his drink at a training camp before he left for PyeongChang.

Statistics published by the Russian Anti-Doping Agency, RUSADA, show that Krushelnitckii and Bryzgalovoy were tested once each in 2017. However, these statistics do not include tests by the World Curling Federation or a multinational pre-Games testing task force.

Russian athletes are currently competing in PyeongChang in neutral uniforms and without the Russian flag as Olympic Athletes from Russia.

Mark Adams, an International Olympic Committee spokesperson, said a positive test would have consequences for Russia. More information about implications for Russian athletes will be known after the second round of drug testing is complete.

“If confirmed this will be taken into account along with many other factors regarding Russian behavior,” he said in a statement.

Konstantin Vybornov, Russian Olympic delegation spokesperson, said the situation was “simply nonsense,” according to The Independent.

Sergei Belanov, the Russian women’s curling coach,  said he didn’t believe he would be found guilty. “It’s stupid. But Aleksandr is not stupid, so I don’t believe it,” he said.

2. His Medal Could Go to the Norwegian Team, but Others Say the Allegations are False 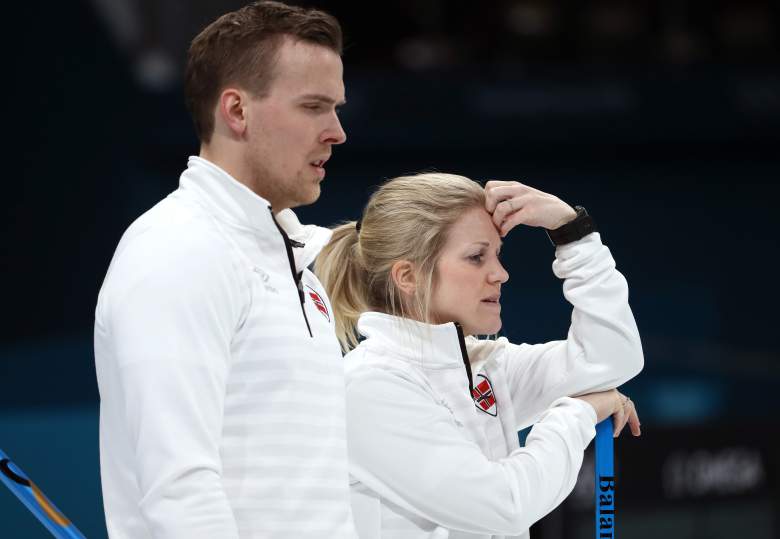 The Norwegian mixed-doubles curling team was in fourth place, but if it’s true Krushelnitsky took meldonium, they could take the bronze medal.

“If it’s true I feel really sad for the Norwegian team who worked really hard and ended up in fourth place and just left for Norway and they aren’t even here,” Norwegian team skipper Thomas Ulsrud told The Guardian. He also said he hoped the allegations weren’t true “for the sport of curling.”

“We were all shocked when we found out,” said Viktoria Moiseeva, a teammate. “Of course we very much hope it was some kind of mistake. With us it’s not faster, higher, stronger; it’s about being more accurate. I can’t imagine what kind of drugs you could use in curling … so it’s very hard to believe.”

Konstantin Vybornov, a Russian Olympic delegation spokesperson, said the reports were misleading.  “I spoke to a person who previously headed the anti-doping laboratory, and he said that curlers don’t need meldonium. In his opinion, this is some kind of political act,” she said.

3. His Wife Became an Internet Sensation for Her “Model” Looks

Krushelnitsky’s wife, Anastasia Bryzgalova, is also his curling partner. Bryzgalova attracted lots of attention during the 2018 Olympics for her looks, with some comparing her to a young Angelina Jolie.

The couple was married in Saint Petersburg in a small wedding of around 40 people June 2017. Bryzgalova told Sputnik International that Krushelnitsky proposed in Moscow.

“Sasha proposed to me on the Red Square, where we had a weekend walk while in Moscow’s training camp in Novogorsk [Olympic village]. He just fell on his knees and I quickly said yes,” she said.

Bryzgalova plans to change her last name after the Olympics. “It doesn’t bother me at all if I’ll be known under my own last name.  Recognition is not everything!  Fame is not my primary goal in life!” she said.

4. He Plays for a Club Team in Saint Petersburg

Krushelnitsky was born on May 20, 1992 in St. Petersburg. He studies at the Lesgaft National State University of Physical Education, Sport, and Health in the city.

Krushelnitsky and his partner and wife Anastasia Bryzgalova play for the curling team CC Adamant. They won the 2016 World Mixed Doubles Curling Championship and the bronze medal at the 2018 PyenongChang Winter Olympics. The medal, which could be taken away after the recent doping allegation, was Russia’s first Olympic medal in curling.

5. Russians Have Been Tested More Rigorously Than Other Athletes This Year Because of State-Sponsored Scandals

Adams said Russian athletes at the 2018 Olympics have undergone “rigorous testing” at a more strict level than others. 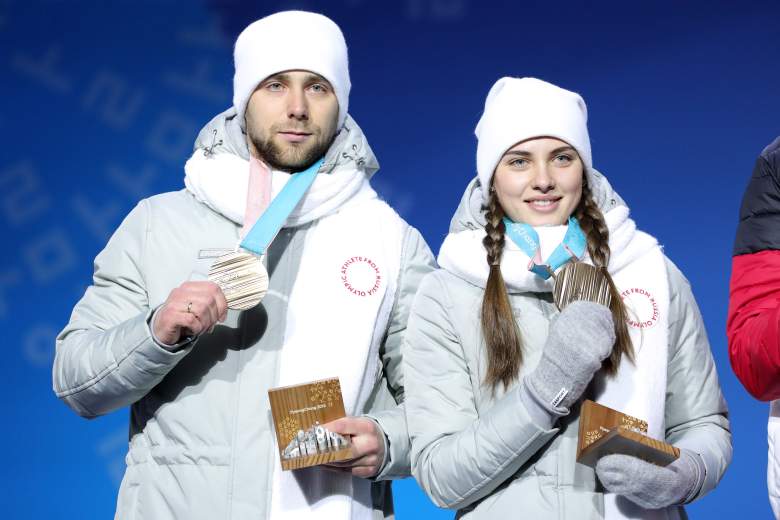 Bronze medalists Aleksandr Krushelnitckii and Anastasia Bryzgalova of Olympic Athletes from Russia pose during the medal ceremony for Curling Mixed Doubles on day five of the PyeongChang 2018 Winter Olympics./Getty

The Russian Olympic committee was banned from the Olympics after a widespread doping scheme in 2014. This year, 168 Russian athletes are competing in PyeongChang as Olympic Athletes from Russia, without the Russian national flag or uniforms.

Because of the 2014 scandal, Russian athletes were supposed to follow extra restrictions this year, including extra drug tests. They also had to sign an integrity declaration that promised they would follow anti-doping rules. The IOC wrote guidelines about uniforms and the Russian flag, including a rule that athletes could have the Russian flag in their room but nowhere else.