Brian Belichick, the youngest child of New England Patriots’ Coach Bill Belichick, now holds a coaching position on the team, joining his older brother and father on the football field.

According to The Providence Journal, Brian Belichick has risen steadily through the ranks of pro football, and he was promoted “to coaching assistant where he worked with the defensive coaches.” His older brother, Steve, is a safeties coach for the Patriots. The presence of so many Belichicks on the football field is turning Super Bowl 2019 into a bit of a family affair.

Bill Belichick’s other son, Steve Belichick, is a safeties coach for the Patriots, who are taking on the Los Angeles Rams.

1. Brian Belichick’s Work Ethic Is Admired & His Brother Steve Says Brian Is Smarter Than Him 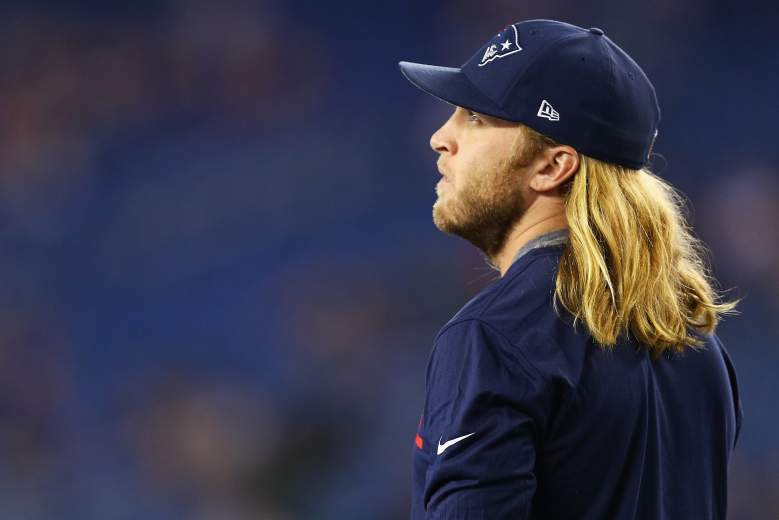 “I’m much a much better athlete than him so it’s no problem. But yeah, he is, he’s really smart,” Steve said to the Providence Journal. “He’s such an analytical thinker. He almost hurts himself because he’s an over thinker at times. He breaks it down so small, it’s so impressive. It’s really impressive to watch him and the stuff he comes up with. He’s really smart.”

2. Brian Is the Son of Debby Belichick, Bill’s Ex-Wife

in a bold move, Jed York pulls out of KS pursuit and turns his focus on the man on the left for the HC vacancy: Brian Belichick pic.twitter.com/2o2uDqJdl2

They have three children: Amanda, Stephen, and Brian. In 2007, The Boston Globe reported that Bill and his then-wife, Debby, had purchased “a $4.6 million lot” in Nantucket.

Bill Belichick’s net worth is reportedly about $35 million.

Brothers Steve and Brian Belichick are playing catch on the field. This is the first Super Bowl where Belichick has both sons on his staff pic.twitter.com/tthOzNZa2a

Brian Belichick attended Trinity College where he also played lacrosse, and he was initially hired as a scouting assistant for the Patriots.

Brian’s sister Amanda Belichick is a college lacrosse coach. According to Boston.com, Brian also played golf at Trinity College. “Upon graduating from Trinity College in 2016, Brian…was hired by the organization as a scouting assistant,” the newspaper reported.

“Brian was here last year but more on the scouting side of it, but they’ve been at a lot of camps, maybe in an unofficial capacity,” Bill Belichick said to NBC. “Obviously it’s great to be able to work with them on a daily basis.”

4. Bill Belichick Says It’s Been Great to ‘Experience Things’ With His Son

Bill Belichick has spoken openly about how much he enjoys having both of his sons at his side on the football field.

“It’s been a great experience to be able to come in every day and just experience things with them,” Bill Belichick said at Super Bowl Opening Night. “You experience them with other people on your staff, too, but it’s great to have your kids involved. I think it’s been good for all of us.”

When Brian Belichick didn’t appear at the Opening Night, his father joked, according to NESN, “We’ve kind of kept him out of the line of fire, huh?” The site reports that Bill said his son’s duties “center around creating optimal situations for New England’s defense.”

“He’s quality control on defense,” Belichick told NESN of Brian. “He does a variety of different things to help our defensive staff prepare and kind of stay a week ahead of our opponent. Some advance work, that kind of thing.”

5. Brian Was Once Busted for Underage Drinking & Belichick & His Sons Have a Pregame Tradition

According to Deadspin, when he was 17, Brian Belichick “was busted for underage drinking at Gillette Stadium during the NCAA Lacrosse Championships.”

ESPN reported that the ritual starts “Shortly after Belichick arrives at a visiting stadium,” explaining that “Steve Belichick, Bill’s oldest son, who is finishing his fifth year on staff and first as safeties coach, is always by his side. Sometimes Brian Belichick, Bill’s youngest son, in his first season as a full-time personnel assistant, joins them,” ESPN reported.