Donovan Mitchell Wins 2018 Verizon Slam Dunk ContestDonovan Mitchell is your 2018 Verizon Slam Dunk Champion! Check out all of his dunks and the trophy presentation here! Subscribe to the NBA: http://bit.ly/2rCglzY For news, stories, highlights and more, go to our official website at http://www.nba.com Get NBA LEAGUE PASS: http://www.nba.com/leaguepass2018-02-18T03:54:19.000Z

Donovan Mitchell is your 2018 Slam Dunk Champion, but it was another controversial ending. Mitchell ended up squaring off with Larry Nance Jr. in the final. Nance looked like he had the better dunk by throwing it off the backboard, catching it then tapping it off the glass before he dunked it.

The replay made this dunk from Larry Nance Jr. a 50 pic.twitter.com/irxPowjoLm

Mitchell ended up winning over the judges with his Vince Carter tribute dunk. Mitchell tore off his jersey then had a Carter Raptors jersey underneath, before pulling off one of the slams that helped Carter win the 2000 contest. Here’s a look back at Carter’s dunk Mitchell was trying to emulate.
VideoVideo related to watch: donovan mitchell dunk contest highlight videos [all dunks]2018-02-17T22:39:55-05:00

This is a look at the two dunks side by side. Mitchell’s dunk is clearly not as smooth, and left some fans feeling like the wrong player won the contest.

? VIDEO: Side by side comparison of Donovan Mitchell & Vince Carter in the NBA Slam Dunk Contest.

Here’s how it looked from above the backboard.

ICYMI: Here is another angle & replay of Donovan Mitchell’s (@spidadmitchell) championship round dunk to secure the trophy. #TakeNote

Nance, whose father won the very first NBA Slam Dunk Contest, paid homage to his pops by wearing his throwback Suns uniform and going for the cradle dunk. Nance was unsuccessful on his first attempt, but hit on his second try.

Nance’s father, Larry Nance Sr., was in attendance, and also helped him on another dunk. Here’s a look at Nance unveiling his father’s old jersey along with the dunk his father assisted with.

Larry Nance Jr. gets the assist from his dad for the final round BIG SLAM! #VerizonDunk pic.twitter.com/llcWCrmu46

In addition to Mitchell and Nance, Victor Oladipo and Dennis Smith Jr. competed in the contest. The contest was unique in that half the contestants, Mitchell and Smith, were rookies. Oladipo was the only participant with prior experience. Vegas had the two rookies as the favorite with Smith at +170 followed by Mitchell at +220.

Smith was expected to pull off a lot more creative dunks, but his opening round performance underwhelmed. There are countless viral videos of Smith pulling off better dunks in warm ups, but the Mavs point guard was unable to get out of the first round. This was Smith’s best dunk of the night.

Dennis Smith Jr records the first 50 of the night!

He goes between the legs, switches hands and dunks in reverse

Oladipo also came up short, but tried to get creative by putting on a Black Panther mask. It would have been more effective if he would have connected on his first attempt. Oladipo made it on his second try with the mask.

Great idea for the Dunk Contest.

Mitchell’s second dunk was his best of the night as he rocked the Adrian Griffith throwback Jazz uniform while jumping over three people.

This is the same dunk, but a look at the slam from the baseline.

THE MAN, THE MYTH, THE LEGEND: A DONOVAN MITCHELL STORY ?

SECOND DUNK OFF THE SIDE OF THE BACKBOARD & OVER KEVIN HART ???

Here’s a look at Mitchell’s first dunk where he threw the ball off one backboard then dunked it through the main hoop.

Watch every dunk from Nance from the contest.
Larry Nance, Jr. ALL DUNKS from 2018 Verizon Slam Dunk ContestLarry Nance, Jr. finishes second in the 2018 Verizon Slam Dunk Contest! Nance, Jr started off with a tribute to his father and his 1984 legendary performance to an incredible double-tap off the glass dunk! Subscribe to the NBA: http://bit.ly/2rCglzY For news, stories, highlights and more, go to our official website at http://www.nba.com Get NBA…2018-02-18T04:09:52.000Z

Overall, it was a disappointing contest as the participants did not live up to their capabilities. Zach LaVine and Aaron Gordon have been the contest stars in recent years, but both players have been battling injuries. Take a look at some of the contestants dunks from throughout their careers as you try to forget the actual dunk contest.
RATE THE DUNKS!! Mark Cuban's New Favorite Player: Dennis Smith JrCheck out some of the best dunks from Dallas Mavericks rookie, Dennis Smith Jr, during his high school career. We compiled 25 dunks for you to choose from, order the dunks 1-10 or 1-25 in the comments below and the best comment, with the most likes, will win a gear pack from BALLISLIFE!!! Like and…2017-11-09T19:16:38.000Z
Larry Nance Jr. Top 10 DunksTop dunks of Larry Nance Jr. for the 2015-2016 year. Leave a comment if you would like me to make a new highlight video with updated dunks! All footage belongs to the NBA. Song: Hustlin' by Rick Ross. Instagram: https://www.instagram.com/aj_film/ Facebook: https://www.facebook.com/AJ-Film-922080987873111/2016-03-25T23:49:45.000Z
DONOVAN MITCHELL TOP TEN DUNKS!SUBCRIBE FOR MORE CONTENT! TOP TENS! LONZO BALL TOP TEN DUNKS: https://www.youtube.com/watch?v=PWt77EzGiss DEARRON FOX TOP TEN DUNKS: https://youtu.be/PWt77EzGiss BEN SIMMONS TOP TEN DUNKS: https://www.youtube.com/watch?v=Z97On&hellip; TWITCH: http://www.twitch.tv/gioothegoat TWITTER: @GiootheGoat2017-12-12T22:28:18.000Z
Victor Oladipo Best Dunks of the Season | 2018 Slam Dunk ParticipantA first-time All-Star this season, Victor Oladipo ranks 13th in the NBA in scoring (career-high 23.9 ppg) while shooting career highs of 48.8 percent from the field and 39.2 percent from three-point range. This is his second Verizon Slam Dunk appearance, having finished second to Zach LaVine in 2015. At the inaugural NBA Awards last…2018-02-02T02:00:01.000Z 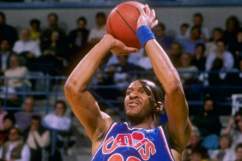