After criticism for a lack of competitiveness in prior All-Star games, the NBA has attempted to change things by putting additional money in the pot. According to ESPN, the NBA doubled the winning team’s earnings to $100,000. This means each player on the 2018 winning team gets $100,000, rather than the prior amount of $50,000. The losing team will earn $25,000. The winning team will also donate $350,000 to the captain’s charity of choice, while the losing team will donate $150,000 to the captain’s allotted charity. Team LeBron is representing After School All-Stars Los Angeles, and Team Steph is playing for Brotherhood Crusade.

Will this result in players taking the game more seriously? Some players seem to think so. Count All-Star Al Horford as one of the players who thinks it will make the game more competitive.

“Well, I would like to think so,” Horford told ESPN. “I think guys will definitely take the game more seriously. In the last couple of years, the games haven’t been good, and we’re all aware of that. Regardless of that, I think guys are going to come out and compete. But that’s a big incentive, for sure. We’re going to be diving for loose balls out there.”

Derrick Rose also thinks fans will see a difference in the quality of play thanks to the increased purse.

“Hell yeah,” Rose told Bleacher Report. “Don’t get me wrong. We’re blessed to be in this position, but $75,000 is $75,000. That pays for your All-Star trip. For guys who have family members coming in, and they’re paying for hotels and travel and all that, that pretty much takes care of that. For me, I would love to be back in [the game]. To win it would seem like I walked away using their money.”

It is just one of several changes the NBA made to try to increase interest in the 2018 NBA All-Star Game. The league also changed the traditional conference format. The East will no longer square off with the West. Instead, the leaders in fan votes were made captains. This year, LeBron James and Steph Curry were named captains. The two players participated in a fantasy draft to select their rosters. They could draft any player regardless of what conference the player’s team was in.

NBA agent Mark Bartelstein agreed that the changes will result in a more competitive product.

“These guys are competitive,” Bartelstein told Bleacher Report. “It’s like Little League: If there’s a prize at the end, and even if it’s just some trophy, everyone wants that prize. With the bonus, you’re playing for something, but not only do you get it, you keep it away from the guy you’re playing against.”

Steph Curry agreed the increased purse should help the game, and discussed the additional changes he wants to see with ESPN.

“That’s [$100,000] significant,” Curry told ESPN. “For some players, they just want to see [the game] being worth their time. An idea I have is shortening the day. The entire game day is the biggest drag for us. Media, sponsorship appearances, All-Star introductions. It’s obviously a made-for-TV event. After all that, then there’s the game. That’s a lot. But all the changes should help make the game a little better. It won’t be like [Warriors against the Celtics], but it should be better.” 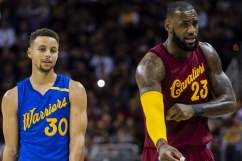