Super Bowl LII kicked off today in Minnesota’s U.S. Bank Stadium, which is only a few years old.

1. It’s Located in Downtown Minneapolis, Within Walking Distance to Much of the City

US Bank Stadium is one impressive place #SuperBowl pic.twitter.com/dxrzveNvTi

Visitors to the stadium can take the Green and Blue line METRO trains to U.S. Bank Stadium station, located right next to the stadium.

Super Bowl LII is only the second Super Bowl hosted in Minneapolis. The last was Super Bowl XXVI, between the Washington Redskins and the Buffalo Bills.

2. It’s Home to the Minnesota Vikings but Hosts Other Events 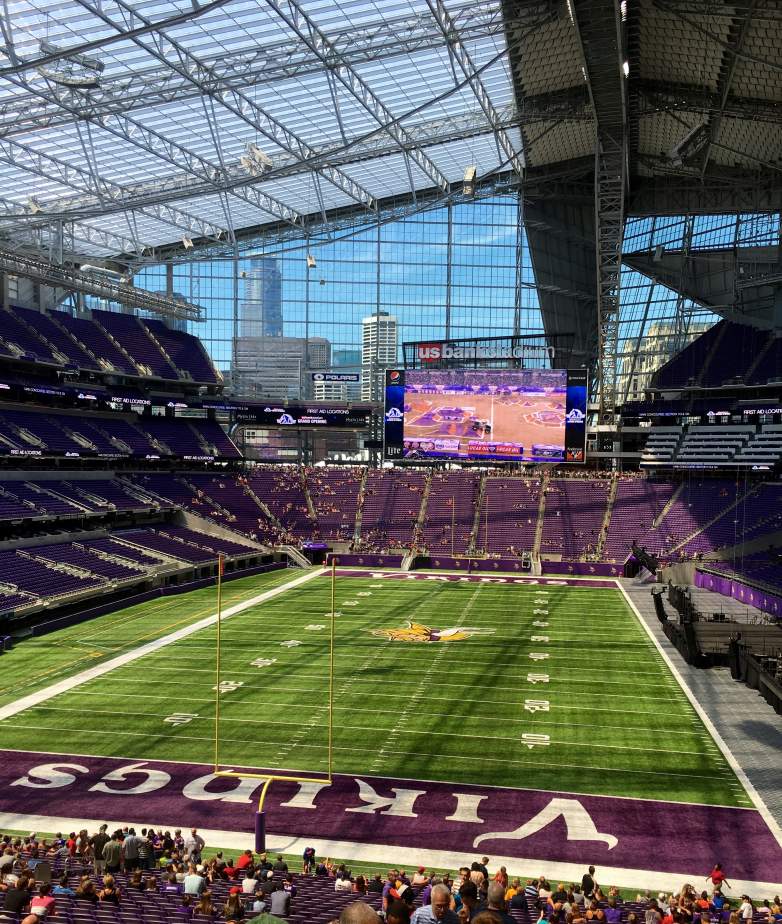 The stadium is home to the Minnesota Vikings. The Vikings played in the former Metrodome from 1982 to 2013. During construction of the new stadium, the played at the TCF Bank Stadium, on the University of Minnesota campus. The Vikings played their first pre-season game at U.S. Bank Stadium on August 28. The first regular season game was played on September 18 against the Green Bay Packers.

It also hosts early season University of Minnesota college baseball games and special events like concerts and the 2018 Super Bowl. Taylor Swift will perform at the stadium in August 2018.

3. The Roof Allows Fans to Feel Like They’re Outdoors, Without the Cold

The Vikings’ owners wanted to build an outdoor stadium, but state and local governments were only willing to provide funding for an indoor stadium that could also host major events.

HKS, Inc., the architecture firm that designed US Bank Stadium and also AT&T Stadium, home of the Dallas Cowboys, and Lucas Oil Stadium, home of the Indianapolis Colts, came up with the idea for a lightweight roof that’s translucent enough to let in natural light. The large wall panels give fans a view of downtown Minneapolis from indoors. They also give the feeling of being outdoors, as fans can see snow, rain, sun, and other elements.

The roof is made up of Ethylene tetrafluoroethylene, a clear plastic. It is 240,000 square feet, making it the largest in North America. It’s slanted design allows it to handle heavy snowfalls. Snow then slides down the roof into a heated gutter, which drains into the Mississippi River. The design was inspired by Nordic vernacular architecture.

US Bank Stadium has a capacity of  66, 665 for most games. It can be expanded for special events like the Super Bowl and concerts, as well as for soccer game. The expanded capacity is 73,000.

5. It Has Had Issues With Bird Fatalities

National conservation groups requested a bird friendly design for the stadium. This would have required less transparent glass, which designers did not use. The stadium sits along the Mississippi Flyaway migration route, and this along with the light glass has caused hundreds of bird deaths. White-throated sparrows, ruby-throated hummingbirds, and 20 other species of birds have been found dead after hitting the stadium, according to USA Today.

The Vikings and Minnesota Sports Facilities Authority is conducting a bird fatality study, to be completed in 2019. If they decide to make changes to the roof, it will cost about $10 million to replace the glass.