Getty Greg Gumbel is ready for another NCAA postseason.

Greg Gumbel has been in front of the camera for years.

The longtime broadcaster is a staple of the sports world, particularly in March, but as things tend towards Madness, Gumbel has found a bit of consistency in his home life. After all, Gumbel comes from a large family and that kind of built-in support has been a crucial part of his success.

Here’s everything you need to know about the Gumbel family and their lives away from the TV screen:

They’re in it for the long haul.

Marcy and Greg Gumbel tied the knot in 1973 and the pair have been together ever since, a built-in support system through the ups and downs of Bryant’s career in sports broadcasting. Marcy, who was born Marcella Kaszynski on April 3, 1949, worked as a business manager and the couple criss-crossed the country for years before, eventually, settling in Florida.

They welcomed their first and only daughter, Michelle, on May 12, 1969.

Although Gumbel is a star in his own right, his younger brother might be the biggest name in the family. Bryant Gumbel has staged his own career in front of the camera, including a 15-year stint as one of the hosts on NBC’s Today show.

Bryant got his start when he was hired by NBC Sports in 1975 and he stayed with that coverage until January 1982 when he left for morning TV. He couldn’t quite get away from sports, though, covering nearly every major sporting event for NBC including the MLB, NFL, college basketball, the 1988 Summer Olympics and the PGA Tour.

His work on Today, however, catapulted him to fame and Bryant picked up several Emmys for his work. He left the program on January 3, 1997, joining CBS and becoming a co-host for the network’s morning show The Early Show in 1999.

The Gumbel family made headlines in 2014 – and not in a particularly good way.

Bryant’s sister, Renee, who was 49 at the time, spent a night in jail after police arrested her for allegedly attacking her former fiancé. According to reports, prosecutors opted not to pursue charges.

Renee was arrested after calls of a domestic dispute occurring at Holly’s Gourmet Popcorn in Mokena, Illinois – her former fiancé, Steven Hamilton, was president of the popcorn business. Renee admitted to slapping Hamilton and told officers she’d ended her engagement two nights prior before going to the business to get back a set of car keys.

The police report detailed the event, saying Gumbel and Hamilton “began to argue, at which time she picked up a coffee cup full of warm tea and threw it at him…She then picked up and threw his laptop computer causing damage to the corner of the computer.”

Renee wasn’t charged, but Hamilton said he considered a lawsuit for his broken computer. 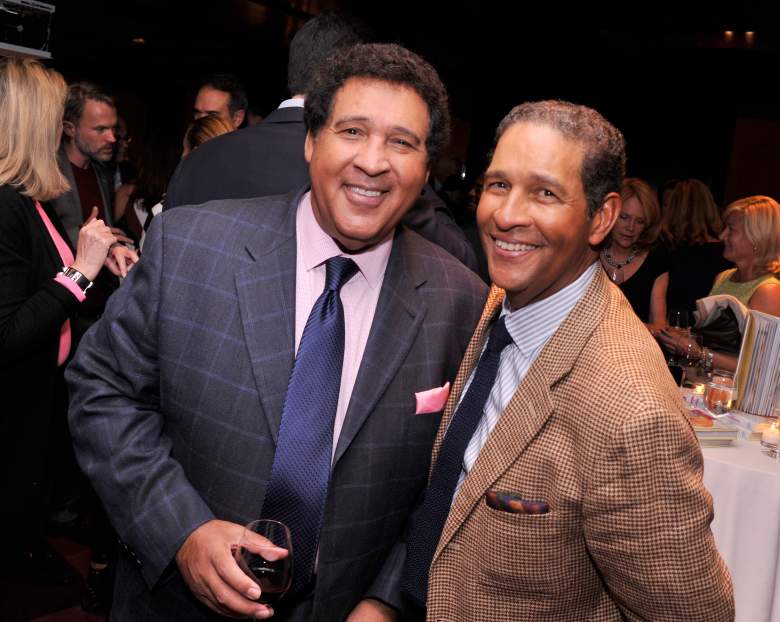 ‌Talk about a legacy to live up to.

Gumbel’s father, Richard, passed away long before the longtime sportscaster became a household name, but he was already determined to do his father proud. After all, Richard’s successes were well documented and even more amazing.

The World War II vet served in the Philippines, regularly marching through illness, but there was one moment that stood out a bit more than the rest. Richard was, quite clearly, unwell and, finally, stopped moving when a medic pulled him aside and – while sitting on a rock – took his tonsils out. Right there. In the jungle. Richard didn’t spend much time recuperating, he got up and, according to a story in Sports Illustrated, kept marching as if he hadn’t just been operated on.

Richard’s go-get-em attitude didn’t change when he returned stateside. He attended Xavier University in New Orleans while working full-time and went on to earn his law degree from Georgetown. Richard, who finished second in his class, also served as a Chicago probate judge, leaving both his sons with a determination that has driven them throughout their respective careers.

5. Gumbel Once Said His Daughter, Michelle, Wasn’t a Big Fan of Sports

It’s been a long road to success for Gumbel who, at one point in his career was selling medical supplies to meet ends meet, before eventually hitting his stride with CBS. Still, Gumbel’s time in front of the camera wasn’t quite enough to impress one, very important person – his daughter, Michelle.

Michelle, who attended Roger Williams College in the late 80’s and early 90’s was never a big fan of sports. In fact, Gumbel told the Los Angeles Times in a 1990 feature:

She and a couple of friends came to the East Regionals in Providence last year after I offered her some tickets. That was the day Georgetown had to come from behind to beat Notre Dame, and then North Carolina State beat Iowa in double overtime in a tremendous game. My daughter called the next day to say how much she enjoyed the Georgetown-Notre Dame game. I said, ‘But what about that double overtime game? Wasn’t that something?’ She said, ‘Oh, was there a second game?’