Getty Mikal Bridges has stolen the spotlight at Villanova this season.

Mikal Bridges has emerged as one of the most dynamic basketball players in the country this season.

The Villanova star is a physical presence on both sides of the ball, a Philly kid who’s got that grit and determination every time he steps onto the court. And he credits one very specific group of people for that approach to the game – his family.

Bridges, who is considered one of the top NBA prospects in this year’s Draft, is looking to do his family proud every time he suits up and as he works to lead ‘Nova back to a national championship. Here’s everything you need to know about them:

1. Bridges Credits His Mother for His Determination On & Off the Court

MAMA YUUUKES !! Happy birthday to the one who inspires me everyday and drives me to be the best person, athlete, and student. #youoldnow #40piecemcnugget

Tyneeha Rivers was a 19-year-old sophomore in college when she had Bridges, raising him as a single mother who absolutely refused to quit school. She attended night classes and worked in a company mail room, but did her best to be home with Bridges for a few hours.

She was driven. She was determined. And Bridges took notice.

“I didn’t want Mikal to have to struggle like I did,” Rivers told Bleacher Report.

She did, eventually, graduate and went on to earn a master’s degree in human resources before taking over her current position – vice president of human resources for the 76ers, New Jersey Devils and Prudential Center.

Bridges kept his mother’s struggles in mind when he faced challenges at Villanova. After all, if his mom could get through anything, then so could he.

“I had my really tough times when I was just as tired,” Bridges said. “There are times when I wanted to give up, but if I wanted to be successful, I was going to have to push past those moments, to remind myself, like, ‘Self, you got this.'”

2. He & His Mother Text Before Every Game

They’ve had the same tradition forever.

Bridges and his mom are as close as ever – even when he’s busy showcasing his skills to the entire basketball-watching country – and the pair still keep up with their pre-game tradition. They text each other before everyone of Bridges’ games, although Tyneeha does admit that, sometimes, her son doesn’t appreciate the pre-game interruption.

“It’s funny, I still text him before games. He goes, ‘Mom. I’m in my pregame phase,” she told Bleacher Report. “I’m listening to music. Don’t worry. I got this.'”

In the end, though, Bridges can’t ever fault his mother for her enthusiasm. And, as far as the Villanova coaching staff is concerned Tyneeha raised her son right. After all, they’re sure he got his work ethic from her.

“This is why I think [Mikal]’s going to have a great NBA career because one of the challenges of getting to the NBA is, once you start making a lot of money, do you stop getting better? Do you stop listening to people coach you?” Jay Wright said. “He wasn’t raised that way. His mom doesn’t think that way.

3. Bridges Got His Basketball Start With Family on the Playground

Bridges wasn’t always the dominant basketball player he is now. In fact, when he was growing up, kids often called a variety of less-than-positive nicknames, everything from Noodles to String Bean to Praying Mantis.

That’s when his family stepped in.

Bridges had the talent, but he needed to learn how to hone his skills and the best way to do that was on the blacktop and the playgrounds in Philadelphia. He described the plan to Big East Coast Bias, saying:

When I was younger, my dad and my uncle would take me outside to play against older people. When we were playing outside, it made me used to playing tough [competition] and that helped me get to where I’m at now.

Of course, as with most things, Bridges’ mother also played a key roll in his practice schedule. Rivers made her son do ten pushups every time he missed a free throw while he was in high school, telling Bleacher Report, the shots from the line were “easy money…If you’re missing, you’re throwing away money.”

4. Bridges Decided to Redshirt at ‘Nova After Talking With His Family 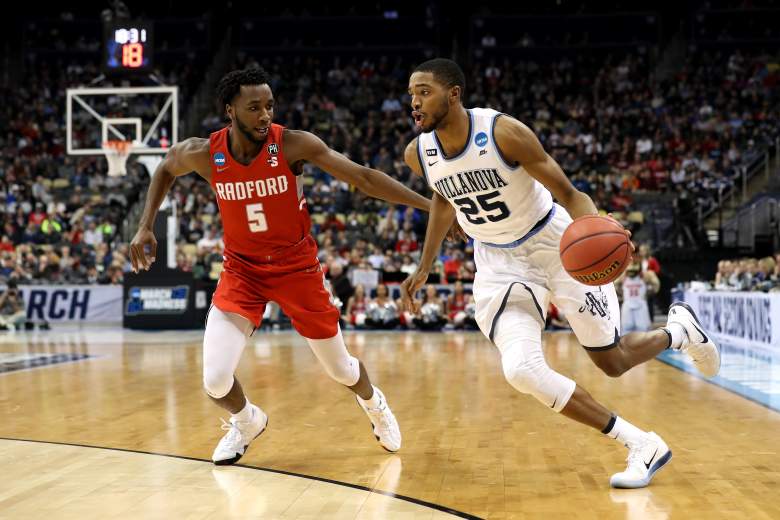 ‌Bridges has never considered himself a particularly patient person, but he knew, when it came to his skills on the hardwood, he didn’t have any other choice. There was plenty of work and a few long-winded discussions with his family when he arrived at Villanova and, collectively, the group decided that the best way to find success was to redshirt his freshman season.

Bridges came into the Wildcats as an undersized kid who wasn’t even 18 yet and his family knew he needed more time before he could make an impact on the game. He told The Philadelphia Inquirer:

I don’t know of a kid would wouldn’t want to play at this level right away. But the redshirt idea made sense for me and my family. I was young for my grade, too. So I stuck with it for the year and kept improving, getting better and stronger.

The choice proved to be the right one. Bridges played in 40 games during the 2015-16 season, averaging just over six points in 20 minutes of play and he got even better as a redshirt sophomore. He averaged 9.8 points and shot 54 percent from the field in 2016-17 before seizing the spotlight this season. Bridges averaged a career-best 17.9 points, 5.5 rebounds and 2.1 assists this season, playing over 30 minutes every game.

Korey Bridges, currently a sophomore at Constitution High School in Philadelphia, where he plays for the varsity basketball team. The squad is looking for its own championship this March and while the younger Bridges isn’t the star of the team yet, he’s hoping to do his older brother proud.