Getty Houston star Rob Gray is hoping to lead the Cougars to a national spotlight this March.

Rob Gray is ready to settle into a rhythm.

The hot-shooting Houston star has the Cougars back in the NCAA Tournament this year and after a handful of challenges, both for him and his team, Gray is determined to sink a few baskets and, more importantly, win a few games.

Here’s everything you need to know about Gray and the jumpshot he’s hoping will make all the difference this March: 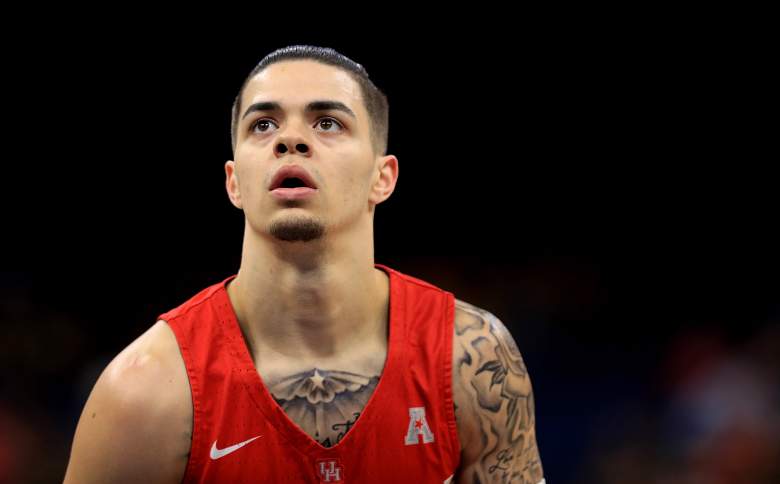 It’s been a long and winding road to Houston.

Gray grew up in Forest City, North Carolina, but graduated from West Oaks Academy in Orlando, Florida. He played one season there in 2012-13 and, prior to that, played at Christ School and East Rutherford as well. Gray’s best season, however, came at Christ School where he averaged 11.3 points, 3.3 assists, 2.4 rebounds and 1.7 steals per game.

The journey didn’t end after high school. Gray redshirted his first year at Howard, but started all 27 games with the Hawks in 2014-15, leading the team to a 24-8 overall record. He was named a Western Junior College Athletic Association All-Conference and All-Region 5 First-Team honoree, scoring double-digits in 23 games and notching 20-plus points in 14 games.

2. He Was Suspended by the NCAA For One Game This Season 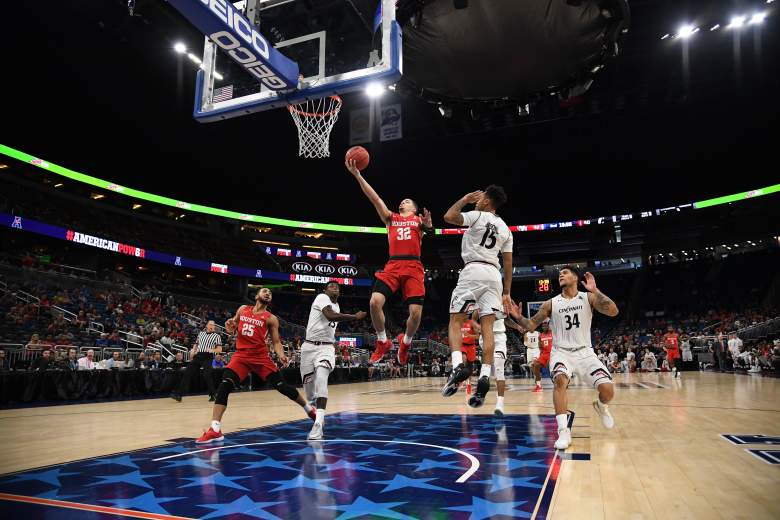 Get ready for one of the stranger stories to come out of college basketball this season.

Gray missed Houston’s season-opener this year after he was suspended by the NCAA for one game because he played in a church rec league during the Cougars’ offseason. Seriously.

So how did it all happen?

Gray played in the rec-league game at the Second Baptist Church in March 2017 and the NCAA violation occurred when a friend paid the $5 entry fee for him to play. In addition to missing the game against McNeese State, Gray also had to pay back the $5.

“That was the violation,” coach Kelvin Sampson said after the Cougars won the opening-game 83-51. “Nothing more, nothing less.” 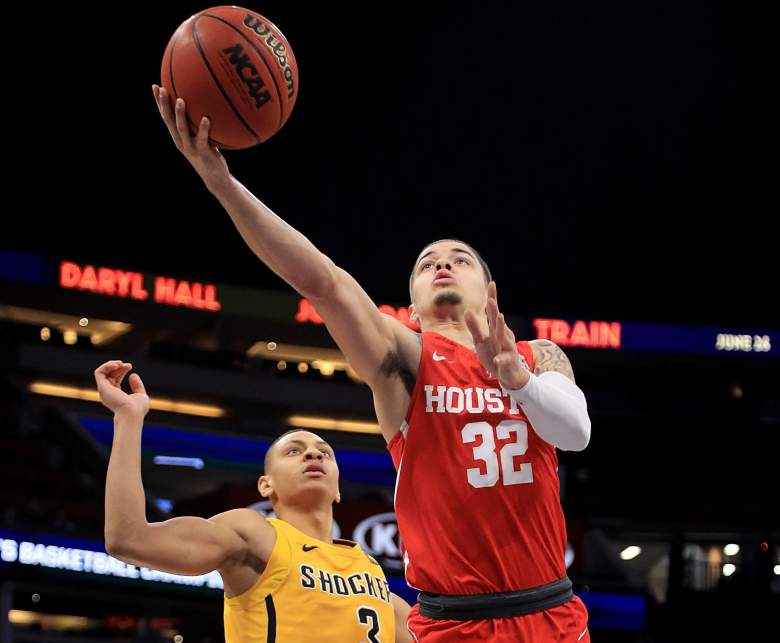 This might pull at your heartstrings just a bit.

Gray has been nothing short of dominant all season. He was the spark that made Houston go, one of the most prolific scorers in the conference and the country and, most importantly, his little brother’s hero – even when it comes to their respective fashion choices.

Jackson Gray, at just ten years old, considers his brother the best basketball player in the entire world and he’s determined to be just like him. This season, he even sported a similar “man bun” to the one the Houston star has made his trademark this winter. And, if that weren’t enough cute for one moment, the younger Gray also attended a handful of UH games with a custom-made t-shirt, complete with the No. 32 and “Big Bro” emblazoned on the back.

4. He’s One of the Nation’s Top Scorers

In his first season at Houston, he led the Cougars and finished as the American Athletic Conference’s second-leading scorer with 16.0 points per game, notching 12 points in his debut with the team against Prairie View A&M.

And he got even better as a junior in the 2016-17 season. Gray was named the American Athletic Conference scoring champion with 20.6 points per game, becoming the first Houston player to do so since Aubrey Coleman in 2009-10 and the eighth in program in history. Gray also became the 46h player in school history with 1,000 points, reaching the milestone in just 55 games.

Of course, Gray racked up the accolades after his prolific junior season. He was named to the All-American Athletic Conference First Team, the USBWA All-District VII Team and NABC All-District 25 Second Team.

He hasn’t slowed down this season. Gray averaged 18.5 points, 3.3 rebounds and 4.5 assists during the regular season, shooting a blistering 44.9 percent from the field and 34 percent from behind the arc.

5. Gray Has His Sights Set on the NBA

Of course, every kid who grew up playing basketball has their sights set on a career in the NBA and Gray is absolutely no different. He’s a scoring machine, but Gray thinks he can bring a bit more than just his average to the pros. He wants to bring his own unique approach to the game.

I think I have some certain aspects of my game I try to copy or take from other people. But overall, I feel like I’m a pretty unique player. There’s no one specific I try to model my game after. [I want] to continue to get better, continue to learn from others, continue to play the game I love at a high level. God-willing, the NBA. Do your best with everything that’s thrown at you. You can’t control what happens to you, you can only control your attitude and effort.

His dream, however, may be easier said than done. Gray will turn 24 before this year’s NBA Draft, but a good run with Houston in this year’s NCAA Tournament, certainly won’t hurt his chances.