He strikes an imposing figure on the court.

Texas A&M big-man Tyler Davis has found his footing on the court this season and he’s got the Aggies making headlines, grabbing upsets and setting their sights on a national championship run. So what exactly is Davis like when he isn’t taking up space on the block?

Get to know him here:

1. Davis Stole the Spotlight in the Aggies’ Victory over North Carolina

Welcome to the spotlight.

Davis was a force to be reckoned with as Texas A&M snagged its 86-65 upset victory over North Carolina in the second round of the NCAA Tournament. And the world is, finally, starting to take notice of Davis’ dominance down low. His Aggies teammate Robert Williams III told SportingNews:

I’ve been telling people all year, Tyler is a fantastic player. He’s the best big I’ve ever played with. We just trust him. We know his work ethic. We know what he’s capable of. When we give him the ball we don’t have issue with him going to work.

Coming into the matchup, Davis was averaging 18 points, nine rebounds, three blocked shots, but he did even more than fill his stat sheet against the Tar Heels. “I feel like he’s the genuine backbone of our team,” Williams said.

The Aggies are hoping to steal a few more spotlights and headlines this March and the best way to do that is to feed Davis. After all, he racked up a handful of preseason accolades and his teammates are more than confident in what he can do whenever he gets the ball.

2. He Played for the Puerto Rican National Team at the 2017 FIBA AmeriCup

Davis was born in San Jose, California and grew up in Texas, but the Aggies star has always been connected to his Puerto Rican roots. And in 2017 he joined Team Puerto Rico officially, playing at the 2017 FIBA AmeriCup. He averaged 12.3 points, 6.7 rebounds and 1.7 assists per game in the tournament.

It was a major moment for Davis and for the team, which got a big-time boost of size and power under the hoop with him on the court.

“He is a talented player of the future for our national team,” Puerto Rico coach Eddie Casiano said. “It gives us credibility that the program continues to add young people to our aspirations for the immediate and long-term future.”

Davis’ time with the national team also helped improve his game with the Aggies. He told 247Sports: “It was amazing. I loved being on the island. I got to see the game through a different lens and learn a lot from the international style of play.” 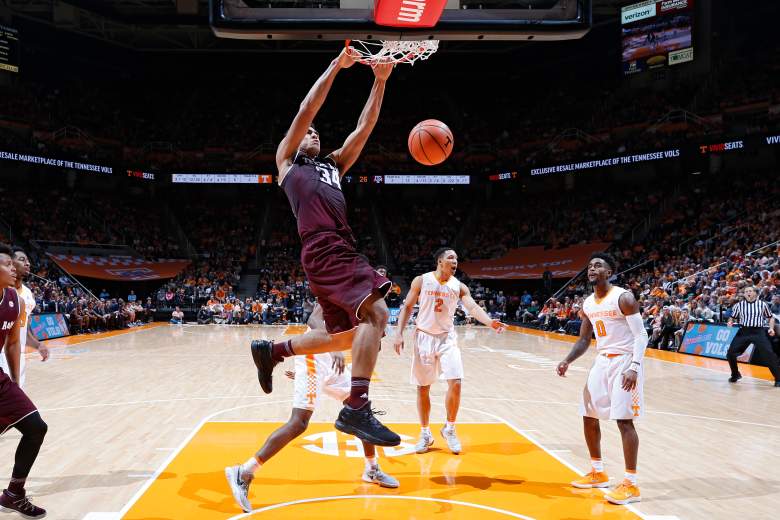 He knew he needed to make some changes.

Davis was a freshman at Plano West Senior High, dreaming of a basketball career and a college scholarship, but there was one very clear obstacle in his way – his weight. At the time Davis weighed nearly 350 pounds, but knew that number was making it all but impossible him for to find his footing on the hardwood.

He dropped nearly 70 pounds and went on to a stellar high-school career, named Mr. Basketball in the state of Texas by the Texas Association of Basketball Coaches as a senior and capturing a Class 6A State Championship as well.

Davis’ weight, however, continued to be one of his most defining characteristics. He was the big guy down low, the power and the strength on the block and, sometimes, that hindered him rather than helped him. So, coming into his junior season at A&M Davis dropped another 20 pounds, sitting in the 265-pound range and finding his stride along the way.

4. He Didn’t Originally Want to Play at Texas A&M 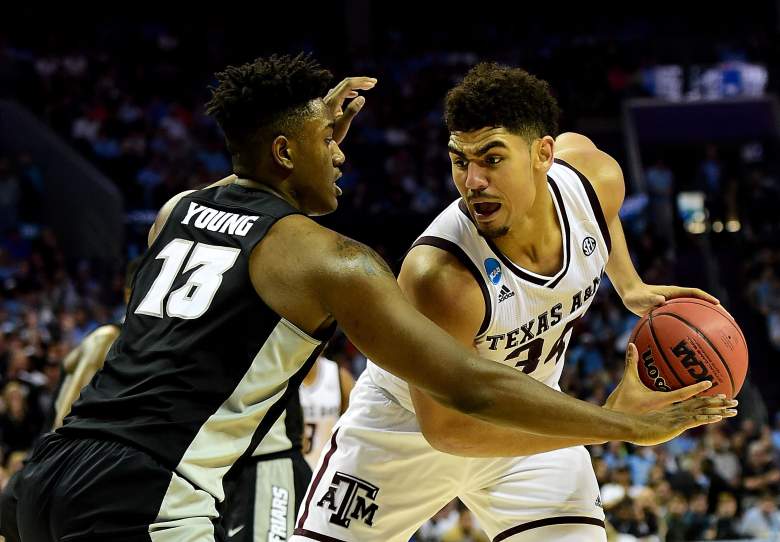 Davis has found his place at Texas A&M, but while he was in high school he had no plans of ever being an Aggie. He told the SportsDay Dallas: “I didn’t want to go here. I had no interest in A&M.”

He might not have had much interest in the program, but the program certainly had interest in him. Texas A&M coach Billy Kennedy and his assistants made their presence known throughout Davis’ senior season until Davis said “I saw them everywhere I went.”

Davis and his mother, Yvette Rubio, eventually went on an unofficial visit College Station together and something clicked. He committed to Texas A&M in August 2014 after rumors swirled that he was leaning towards Kansas. Davis also had interest from Arizona, Baylor and Texas, but said he decided to stay close to home with A&M in order to play a major role on the roster from the get go.

5. Davis Said He Will Consider Entering the NBA Draft After This Season 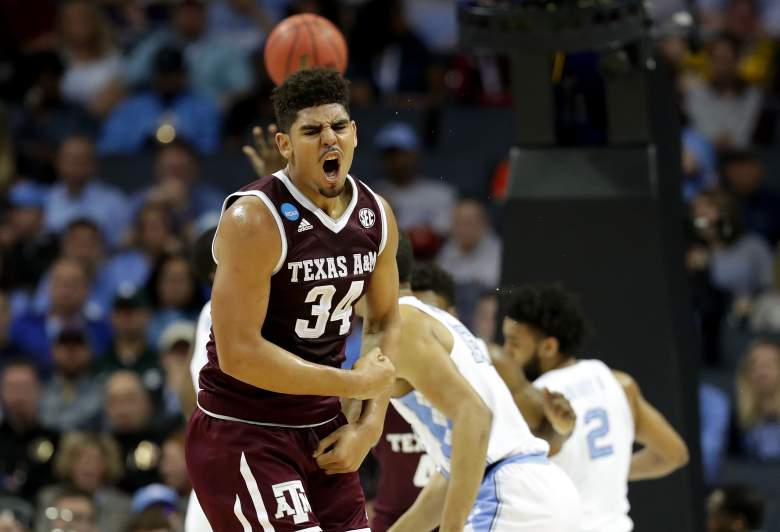 ‌It’s all up in the air still.

Davis told the Houston Chronicle in early March that he hadn’t come to a final decision about his future with the Aggies, but said he and Texas A&M coach Billy Kennedy would make it together – after the season was over.

“I’ve been working hard, and the work is showing,” Davis said. “I give a lot of credit to my teammates and give thanks to God. It’s good, it reflects on the season…I’ve just got to stick to the plan.”

There had been murmurings that Davis was considering the Draft waters in 2017, but he opted to stay in school another season and the same could happen again this year. After all, a February 2018 Sports Illustrated mock draft didn’t even have Davis on the board.