Serena Williams and Venus Williams will go head-to-head for the 29th time when they meet in the 2018 Indian Wells Round of 32 on Monday, but for the first instance in their historic rivalry, it’s not just sister vs sister. It’s mother vs aunt.

The match is scheduled to start around 10 p.m. ET and will be broadcast on the Tennis Channel. If you don’t have cable or can’t get to a TV, you can watch it live on your computer, phone or streaming device the following ways:

WatchESPN: ESPN3 will also have coverage of each individual court at Indian Wells, meaning you may be able to watch this match (Stadium 1) on your computer via ESPN.com, or on your phone, tablet or streaming device via the WatchESPN app. In some cases, you’ll be able to watch these streams without logging in if your’re subscribed to a participating internet service provider. If you’re not, though, you’ll need to sign in to a verified TV provider, but you can do this by logging in with your DirecTV Now credentials.

Playing in her first singles tournament since giving birth to her daughter in September, Serena has already proven herself a threat with a 7-5, 6-3 win over Zarina Diyas and a 7-6(5), 7-5 win over No. 29 seed Kiki Bertens.

“She’s playing really well and just honing her game,” Venus said. “When she’s missing, it’s not by much.”

Against Bertens, she got in just 54 percent of her first serves and won just 63 percent of her first-serve points, leading to four breaks for her opponent. There is obviously some rust for arguably the greatest to ever do it, but to win back-to-back matches without dropping a set is a fairly astounding feat for someone playing for the first time in 14 months.

And she’s probably shown enough to make her the slight favorite over her sister. Venus enjoyed a resurgent 2017 season, but she began this year with losses to Angelique Kerber in Syndey and Belinda Bencic at the Australian Open. She got her first win of the year against Sorana Cirstea (6-3, 6-4) on Saturday, but she couldn’t have gotten a much more difficult third-round draw, as she’s lost three straight and five of the last six against the 23-time Grand Slam winner.

Most of those have been late-round matches, but this one comes under different circumstances with Serena being unranked due to her long layoff. In fact, it’s the first time they’ve met before the Round of 16 since their very first head-to-head matchup more than 20 years ago.

“I think it’s a huge difference to play her in the semifinals or even the quarterfinals or a final as opposed to a third round,” Serena said. “We can always stay in the tournament longer if the both of us are in the tournament. And having to play each other in the third round, one of us is going to be gone. So it’s definitely a lot easier to play later on.”

Undoubtedly a pain for them, but as always it should be an entertaining match for the fans. 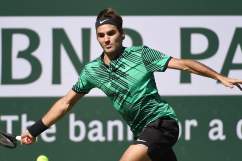